Lean Out: A Meditation on the Madness of Modern Life

Not long after North America closed up shop, The New Republic published a piece, “Against Productivity in a Pandemic,” by its staff writer Nick Martin. More than ever, he argued, we should resist the endless demands of business as usual. “The obscenity of pretending that work and ‘the self ’ are the only things that ­matter — or even exist — becomes harder to ignore.” Of course, life today is anything but business as usual. Since Martin’s piece appeared in mid-March, millions and millions of people have lost their jobs, which painfully underscores the paradox of tying human survival to productivity. You can’t survive without work, but at the moment there’s less and less of it to go around. And if you can get some right now, it just might, quite literally, kill you.

Around the world, we are reckoning with our complicated relationship to our labour, as the crisis forces us to confront tough questions on terms that are not entirely our own. The circumstances may be new, but, as Tara Henley shows in Lean Out, many of the problems are not.

After fifteen years in journalism, ten of them at the heart of the Toronto media scene, Henley was at the top of her game. She loved the heady glamour of it all — the interviews with celebrity chefs and hockey players, fashion models and would‑be prime ministers. It was addictive. 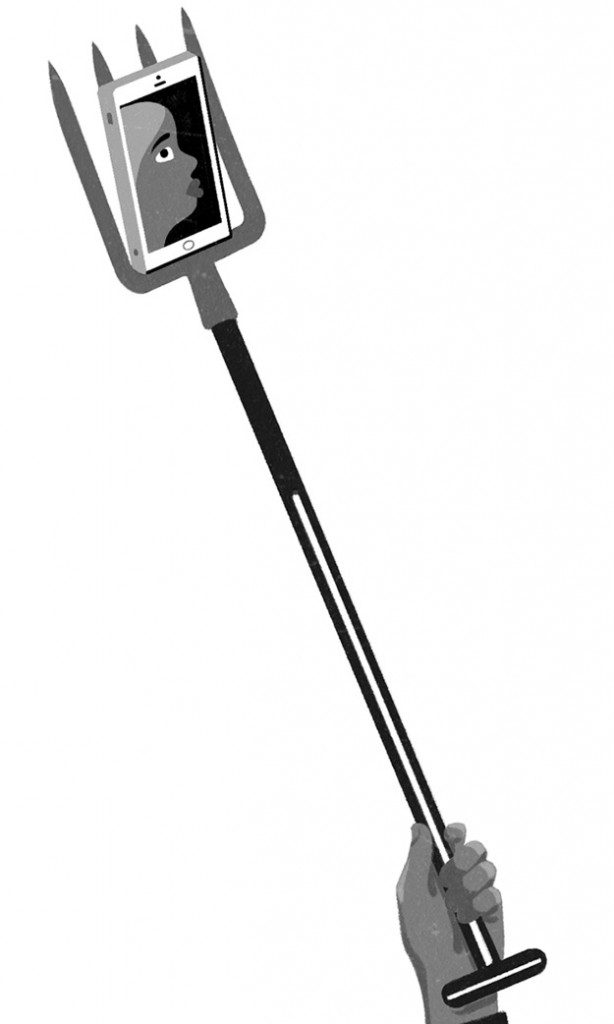 But, underneath the excitement, Henley began to feel her life slipping away. She had trouble sleeping; she didn’t have time to date or see friends; she couldn’t remember the last time she’d enjoyed a piece of art. After experiencing severe chest pains at her desk — caused by ­anxiety — she quit in 2016. “I loved my job, loved my colleagues, loved, above all else, my profession,” she says of her surrender. “But I didn’t like my life very much. And the fight had seeped out of me.” Henley left the newsroom and spent the next three years trying to heal her body and recalibrate.

Henley’s decision to “lean out,” the opposite of the tech billionaire Sheryl Sandberg’s well-known dictum, meant a variety of lifestyle adjustments. She spent more time in nature, cooked fresh and healthy meals, cut back on spending, and lived with extended family. But her anxiety persisted. Ultimately, she concluded that her deep-seated despair was not an abnormal condition caused by her job but rather a normal and logical response to the larger lack of community that defines our “insanely stressful” modern society. Achieving a new normal would require more than life hacks. The real solution to our collective condition of alienation, precarity, overwork, and societal polarization would involve a fully reimagined ethos — leaning out of the individualism of contemporary culture and leaning in to true community.

Some might point to this realization as a moment of bracing insight for our self-obsessed times, but it is actually entirely incidental to Henley’s larger project. She describes Lean Out as both a book about “the way we all work now” and “a bittersweet love story — about a city, and also a profession.” But I would describe it as a meandering, self-indulgent excursion through her own privilege. Indeed, Lean Out is not a considered critique of our relationship to work under capitalism — or even a considered critique of the brand of overwork that’s specific to today’s urban woman (think tech entrepreneurs, marketing managers, copywriters, consultants). Even as Henley attempts to reject consumerism, she ends up celebrating a form of conspicuous consumption available to the very few.

Attempts to understand the problematic nature of work in Lean Out are myopic. Take, for instance, the economic and social capital of those Henley leans on for inspiration: Kristin Kimball, a Manhattan writer, who marries an organic farmer and leaves city life behind; Gesine Bullock-Prado, the Hollywood executive and sister of Sandra Bullock, who trades the Hills for a bakery in Vermont; Kate Harris, the Canadian Rhodes Scholar who cycles the Silk Road; Shannon Hayes, a “radical homemaker,” who practises sustainable agriculture with her husband in upstate New York; and Mark Boyle, the “Moneyless Man” and Guardian columnist, who retreats from civilization entirely to live on a rural property in Ireland, without running water or electricity. I’m reminded of the financial writer Chelsea Fagan, who wrote in 2017 that decluttering, small-home living, extreme tech detoxes, and spare wardrobes could “allow you to take on some of the desirable aesthetics and morality of poverty without ever having to be poor.”

Henley recasts the sociology and political economy of work as comforting objects and rarefied experiences. Consider how she describes those urban middle-class professionals who are raring to trade in cosmopolitan living for a more rural existence:

The details of the Great Escape varied from woman to woman; one might be keen to take up beekeeping, while another may long to learn canning and preserving. Others still may fancy quilting. Or growing vegetables. Or sewing clothes, or baking bread from scratch, or raising chickens, or making soap. Homemade granola seemed to loom pretty large in the collective imagination, too; that, and luxuriously cooking one’s way through cherished cookbooks.

This is an astonishing — but perhaps not surprising — fetishization of unwaged labour. In this assessment, household work is a sort of reprieve from the demands of “real” work. Passages like this further devalue domestic labour, something that’s already invisible to many, even as the pandemic reminds us just how essential it is.

Henley is not the first writer to suggest some form of leaning out. Post-work thinkers like Kathi Weeks, David Graeber, and David Frayne have all written extensively about a future without work. We might even remember that automation, before it became a modern-day bogeyman, was supposed to make things better for the overworked. There continues to be a rich tradition of debate on both the right and the left about the diktat of work. Is it a self-evident good? Is it a necessary disciplinary force? Or have we merely internalized the logic of Protestantism and industrial capitalism? What even counts as work?

Henley could have engaged with a vast and deep literature. She might have found her way into a more systematic understanding of a post-work society. But without a thorough examination of what’s been said before — without a genealogy of work, as it were — her writing takes on a flailing, untethered quality. For one thing, she never makes it entirely clear what she’s advocating. How, exactly, do we resist work? On what political and philosophical grounds? Through what kinds of practice? Should we turn to more fulfilling work or full‑on escapism? A refusal to work, perhaps, or socialist revolution?

Henley has no convincing answers. The closest she gets is her recurring insistence on community, specifically the tribal sort: “It goes back, again, to tribal life, and how much we’ve always depended on each other for survival. And it’s why experts often suggest volunteering to people who are suffering.” Ironically, after hundreds of pages of solitary escapist fantasy, Henley decides that individualized solutions aren’t going to cut it. But even this comes across as petulance (at worst) or pragmatism (at best) — not principle. Henley rejects hyper-frugality, for example, because it is inconvenient, not because it is a perversion of the constraints imposed on the poor. (“Were we really going to suggest to people working twelve hours a day and sleeping six hours a night that they should now stop buying their afternoon coffee, too?”) She jettisons self-help as well, because it is ineffective, not apolitical. (Meditation won’t fix loneliness.)

At the end of Lean Out, Henley offers a rather long exposition on the fundamental human need for interdependence, which our stressful modern society has disrupted. She suggests that interdependence comes naturally: “We evolved for the tribe. And for shared public space, shared living, shared resources, shared land.” She’s not wrong. (I’m even willing to overlook a gratuitous detour to the Penan community in Borneo, reminiscent of that other famously self-indulgent memoir, Eat, Pray, Love.) But without taking on the role of work in the anthropological, historical, economic, or political sense, Henley struggles to chart a meaningful path toward the “hardwired” interdependence that will keep us from sinking “into despair.” Instead, she throws inclusive urban design our way, as well as income redistribution (only in the penultimate chapter, I should note). Yet not all collective solutions are equal. They don’t all proceed from the same principles.

Even as many of us suddenly have time on our hands to think deeply, this cursory examination doesn’t bring us any closer to understanding the deeper workings of work — which, for better or worse, is the organizing principle of our time. As so many workers know, and as weekly joblessness reports keep reminding us, it is a peculiar privilege to voluntarily pause one’s productivity. The true obscenity is to pretend otherwise.

Henley does return to the newsroom with a rekindled enthusiasm for her role as a chronicler of the times. “I applied all I’d learned to staying in the game,” she writes. “I leaned out from the culture of overwork, always‑on devices, social media, consumerism. In service of leaning further in to my city, my community. And to all those things that make life worth living.” It’s a conclusion that does a disservice to anyone seriously interested in rethinking the way we live and work. Lean Out is not a rallying cry; it’s a short-sighted monologue. It’s best read against the grain — as a critique of the very philosophy it espouses.