I used to be in the war junk business. In 1998, I became the director and CEO of the Canadian War Museum, in Ottawa, for a two-year term. The museum had two buildings: its exhibit space was in the old Public Archives next to the Royal Canadian Mint, on Sussex Drive, and its storage warehouse was an old streetcar barn in the city’s west end.

The museum itself was a pretty dismal affair, with error-filled exhibits, dim lighting, balky elevators, and suspect plumbing. But the warehouse was full of treasures, packed to the rafters with war junk. There were military vehicles of all kinds, wonderful works of art (in a vault that was prone to flooding), and hundreds of large cardboard containers filled with donations from veterans and their families. When I asked the staff to finally open these boxes, they found uniforms, helmets, boots, medals, children’s toys, various memorabilia, and even some belongings of General Sir Arthur Currie, commander of the Canadian Corps during the First World War. Currie’s war junk, and much more, made its way into exhibits in the War Museum’s new building, which opened in 2005.

Many of these unboxed artifacts had to be deac-cessioned and given away to other military museums across the country or scrapped. All deaccessions had to be approved by the museum’s board of trustees, and I presented them with a long list of items. The only one that attracted comment was for a number of “housewifes.” I can still remember the collective puzzlement (and perhaps relief) as I explained that every soldier had been issued a housewife — a sewing kit with needles, thread, and buttons. The trustees duly approved their deaccession. 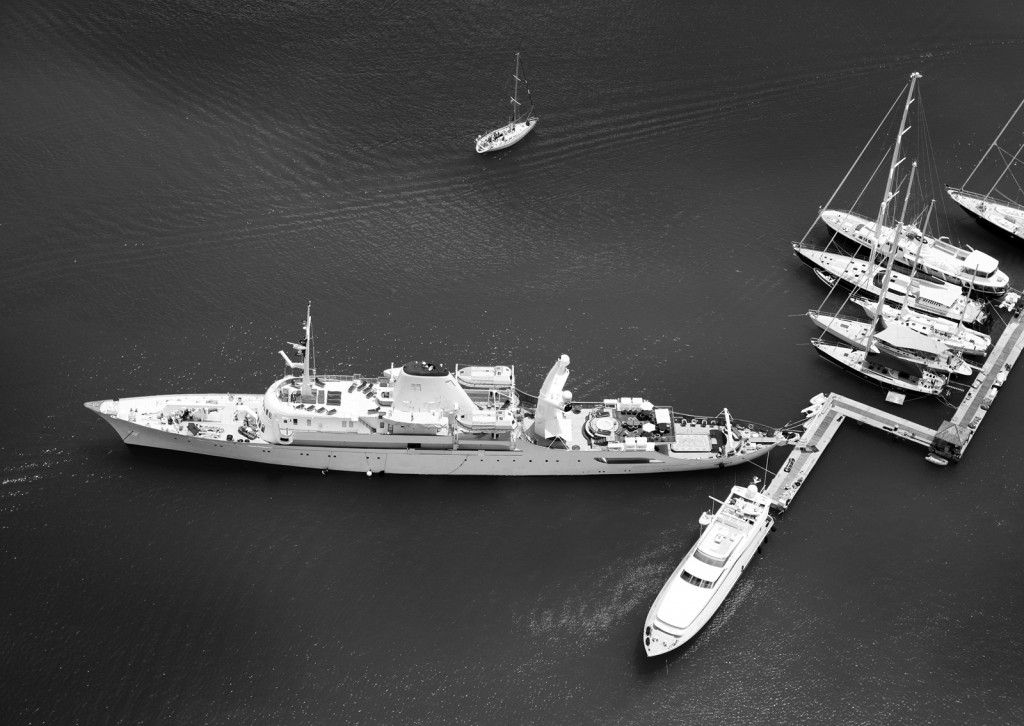 We also had a Panzer I, a rarity from the Wehrmacht’s development of armour in the early 1930s. (It had likely come to the museum as the result of Captain Farley Mowat’s efforts in finding and sending home German weaponry after VE Day.) Canadians had never faced the Panzer I in battle, and a California organization, the Military Vehicle Technology Foundation, wanted it. After a long negotiation, a deal was consummated and approved. We received in exchange six beautifully restored armoured vehicles: two were Canadian-made, three were made in the United States but used by Canadians, and one was British. This was a terrific bargain, and these armoured vehicles now have pride of place in the LeBreton Gallery. War junk, indeed.

Alex Souchen recently received his doctorate in history from Western University, and his book, despite its slangy title and its birth as a dissertation, is splendidly researched and uncommonly well written, especially when compared with those of most present-day Canadian historians. While a better title might have been that of his introduction, “The Death and Life of War Machines,” this is a detailed and sophisticated examination of how Canada disposed of an enormous inventory of munitions and equipment after the Second World War. “Following the war,” Souchen writes, “the physical assets accumulated for the fight were often the only items available for postwar relief, reconstruction, and rehabilitation.” As such, these assets were coveted:

Military surpluses traversed a disposal process that reshaped value, utility, and form in competing and sometimes contradictory ways, as leftover materiel was reduced, reused, and recycled into new or different purposes. In that sense, the death of war machines was not something to lament, nor was it the final chapter of an object’s existence.

The federal government established the Crown Assets Allocation Committee and the War Assets Corporation in 1943, and over the next five years, “Canadians fused the tools of war into the tools of peace.”

“Victory triggered a global disposal crisis,” Souchen explains. “Across every conceivable category of goods, in every belligerent country, the conclusion of hostilities was accompanied by a logistical nightmare of the first order.” Indeed, the scale of the disposal problem was enormous. As one American account noted in 1948, “the liquidation of World War II surpluses” was “the largest and most complex distributive operation ever undertaken by a government or business organization.” Compared with the American surplus, ours was small, but in Canadian terms it was huge. Throughout the war, we had produced vast quantities of matériel: 800 ships; 800,000 military pattern vehicles; 50,000 armoured vehicles; 16,000 aircraft; 1.5 million firearms; and millions of uniforms. Getting rid of it all represented “the largest divestment of public property in Canadian history.”

Much of the surplus equipment found its way into the hands of Canadians who repurposed it. Transport aircraft had obvious civilian uses, and so did small naval vessels that were sometimes converted into rich men’s playthings. In 1947, for example, the WAC sold the decommissioned frigate HMCS Stormont to a Uruguayan broker for $70,000 (some $830,000 today). It was then resold to Aristotle Onassis, who spent $4 million to convert it into his lavish yacht Christina O. After other owners tired of it in 2013, they sold the ship for $34 million (U.S.). More practically, farmers found uses for tracked vehicles (a friend of mine had a Bren gun carrier on his farm for hauling firewood), and war surplus stores in every city sold uniform jackets, greatcoats, kit bags, and sergeant’s stripes.

Ottawa recouped some of the costs of war production in this way, but in a nation that was retooling for peace, the government could not simply dump its vast holdings on the open market all at once, lest it interfere with the production of civilian goods and the jobs that went along with it. So the WAC acted as a distributor, liquidating many assets through the businesses that had produced them during the war:

It grafted operations onto preexisting trade channels and sold only to established manufacturers, dealers, and retailers. Unless the item was claimed by priority holders, the WAC usually sold items at the wholesale level. The companies and dealers that bought the surplus assets then paid to transport, recondition, and repackage them for resale to end-users.

However, not all surplus was dealt with this way. As the war ended, First Canadian Army had its headquarters in Holland, and the Dutch wanted two divisions’ worth of equipment for its police and for use in the Dutch East Indies, likely against those Indonesians seeking independence. The two countries struck a deal: Canada owed $33 million for the costs of occupation, and the army agreed to turn over $25 million in equipment to help pay that tab. The army also had some 30,000 vehicles parked on an airfield that was transferred to Dutch control in 1946. Somehow, the vehicles came with it. In an economy that had been looted and brutalized by the Nazis, the trucks, tractors, trailers, and motorcycles almost certainly helped to get things going again. Canada apparently received no additional compensation for this transaction, except goodwill. Nonetheless, it was better than simply scrapping the vehicles or paying the costs of shipping them back to Canada, where they would have become a drag on production in Oshawa and Windsor.

“The government could not simply dump its vast holdings on the open market all at once.”

Souchen also examines the way the military disposed of conventional explosives and (never used) chemical weapons. Beginning in autumn 1945, the armed forces were dumping some 500 tons a week of these munitions at sea, and they continued until the Ocean Dumping Control Act of 1975. Terrible damage to the marine environment was the inevitable result and, Souchen writes, “an estimated 3,000 dump sites pollute Canada’s Atlantic and Pacific coasts with a variety of toxic chemicals, carcinogens, heavy metals, and unexploded ordnance.”

In all, Ottawa earned $500 million in sales by 1949, while simultaneously meeting supply shortages and providing goods to its reconstruction and rehabilitation programs. None of this was easy to manage, but in the immediate postwar period, when civilian goods were still in short supply, Canadians turned “the swords of modern warfare into the ploughshares of peace.”

The Canadian War Museum makes it into Souchen’s book only once. In late 1945, three thieves broke into the museum, smashed some display cases, and stole weapons. One of them was used in the shooting death of an Ottawa police officer. The tools of war, unfortunately, were not always used as the tools of peace.