Everyone loves a good pirate yarn, and history’s seafaring rogues have firmly cemented themselves in the collective consciousness — the peg legs, the parrots, the eye patches — often in the form of Halloween costumes or scenery-chewing Hollywood types. But, as the latest from Clifford Jackman points out, pirates were actual people, who lived real lives and made real voyages. The Braver Thing gives an account of the experiences of these men not as legends but as regular “Honest Fellows” (as they styled themselves).

In the novel, pirates do not swagger and sneer through spyglasses, winking at the camera like Jack Sparrow; nor, it turns out, are they caricatures of their literary forebears in Stevenson, Cooper, or Scott. Rather, The Braver Thing positions itself within the realm of plausibility, bolstered by the author’s extensive historical research. Jackman, a lawyer based in Guelph, Ontario, wrote The Winter Family, which was nominated for the Giller in 2015. With that work, he charted a vanishing American West, the myth of exceptionalism, the violence at the heart of humanity, and the illusion of progress — much in the vein of Patrick DeWitt’s lauded The Sisters Brothers or, if you like, Cormac McCarthy. It is fitting , then, that The Braver Thing similarly invokes the end of an era.

Set in 1721 — the year Britain passed the Piracy Act and effectively ended the practice’s fabled Golden Age — the novel launches as the men of a private company embark on one last grand “Adventuring Cruise.” (While a more judicious editor might have stricken Jackman’s incessant capitalization, this stylistic device helps to capture an eighteenth-century rhetorical feel.) The story quickly turns into an investigation of the ways and means of law and order aboard a pirate vessel. The Saoirse, under the single, jaundiced eye of Captain James Kavanagh, is first and foremost governed by “Articles” that are agreed upon before the crew set sail. This document, signed by many who admit they cannot read, pertains to the rhythms of life on the ship: the daily provisions (one pint of rum and eight of beer), the shares of prize (one to the able seamen, two to mates, boatswain, and quartermaster), protocols for settling private quarrels (“on shore, at sword and pistol”), and so forth. In demythologizing the pirate cruise, Jackman also deromanticizes it: there is far less yo-ho-ho-ing and much more Careful Attention to Regulation than audiences are accustomed to seeing on the high seas. 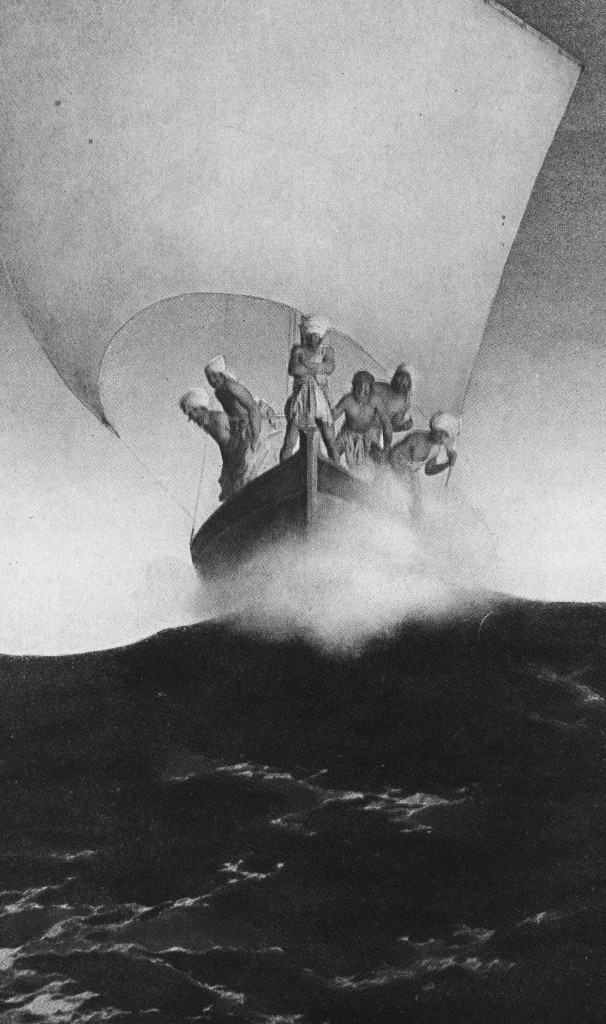 Or, at least, that’s the way things get going. The Braver Thing charts its course through seven broad sections, named for types of government, each one’s arrival heralded by the shifting fortunes aboard the Saoirse. Epigraphs, from sources ranging from the Old Testament to Hobbes, provide signposts of Jackman’s intent. The crew, initially squabbling over bureaucratic regulations about duels and honour, soon have their first taste of victory. But from there, the centre cannot hold, and things fall apart.

As Jackman takes the reader from an autocracy through a timocracy and onward to a true (if parodic) democracy, the pirates’ hierarchy of needs shifts too. What begins as a quest for riches and glory soon devolves into desperate vying for power, and then a scrabble for the bare essentials. Like an anchor chain speeding through the hawse pipe, the degradation of morale and morals gathers swift momentum. Factions form, merge, and disband. Mutinies rear up and are quelled. Once-dear shipmates are run through, shot dead, or heaved out of portholes with grim finality. And beneath it all, a quixotic sense of loneliness and futility lurks.

Jackman is an accomplished, but not masterful, stylist. His characters are usually bland and forgettable when they are not advancing specific plot lines. He also tends toward frustrating choices — like rendering phonetically the words of the crew member who speaks with a stutter. Nevertheless, he’s done his homework. The Saoirse feels like a living , lived‑in character in its own right, provoking winces each time chain shot rips through the rigging. The nautical lexicon is so bafflingly complex that it could only be accurate; it is confounding that ships could be built, let alone sailed by such men. And as the political manoeuvring descends inexorably toward chaos, Jackman finds his heading. He may not be a McCarthy, but he does a good impression when violent islanders capture a pirate and press his head back “until the vertebrae cracked like the shell of a lobster.” He echoes Stephen King in the deranged scribblings of a navigator found — in a brilliant, horrifying scene — to be doing anything but navigating. The ludicrous parodies of justice and law on the ship point to Kafka or Dickens or, closer to home, Dan Needles’s Letters from Wingfield Farm. All told, Jackman borrows liberally from his antecedents but still manages a narrative that feels unique and engaging.

By the time The Braver Thing arrives at its abject, if not predictable, denouement, the men have abandoned all pretence of an egalitarian company. With democracy overturned for oligarchy and eventually for tyranny, Jackman’s own thesis on systems of government emerges — and the sharks circle. At each turn, the crew’s manipulations of law and order betray them. And at each turn, a persuasive minority can effect asked-for (and violent) change. When their best hope of salvation is a man who doesn’t know how to read charts or winds but merely piles on more sail, brings more muskets to bear, and hides himself in the captain’s quarters, it’s hard not to find the book’s narrative thrust. There’s a nod to Animal Farm when the Saoirse ’s final captain — we go through several — leads his dwindling crew in a dispassionate personal anthem to the tune of “God Save the King.” Ruled by paranoia and gripped by doldrums, the ship edges closer to Ingsoc every day. Men aren’t executed, so long as they confess, “which they always did.”

None of the systems of government that play out aboard the microcosm of the Saoirse work properly. Ground down by the elements, by rival ships and vengeful locals, the pirates are, at best, playing at society and, at worst, descending into madness. If all governance is doomed to failure and corruption, as the novel posits, its author doesn’t offer us an easy answer. Nor does he provide a simple analogue of present-day politicking. Then again, we don’t have to look far to find the madman at the helm, or the barely literate mob willing to follow him into oblivion.