A Woman in Engineering: Memoirs of a Trailblazer

The date — December 6, 1989 — still resonates with Canadians, particularly women in science, technology, engineering , and mathematics. On that Wednesday, a misogynistic gunman entered the École Polytechnique, in Montreal. He ordered the male students out of a classroom and shot the nine women, killing six. He then killed eight more, ranting about feminists taking jobs from men, before shooting himself.

Monique Frize was to start as the University of New Brunswick’s first chair for women in engineering on December 11 — the day of the joint funeral for nine of the fourteen victims. “Instead of going to my office,” she writes in her autobiography, A Woman in Engineering , “I was attending an especially poignant funeral.” Frize left the service at the Notre-Dame Basilica with Claudette MacKay-Lassonde (the first female president of the Association of Professional Engineers of Ontario) and Micheline Bouchard (who would become the first female president of the Canadian Academy of Engineering in 2000). “One thousand more women engineers,” she vowed to them, “for each one who died.”

Frize’s role at UNB was to focus on the obstacles women faced in becoming engineers and on strategies to increase their participation in the field. Initially, she thought she would have time to slowly develop the chair’s activities, but after the massacre, she felt she should quickly kick the program into high gear: “Since the chair was unique at that time, all of its activities, messages, and programs had to be built from scratch. For me, this was extremely exciting.” 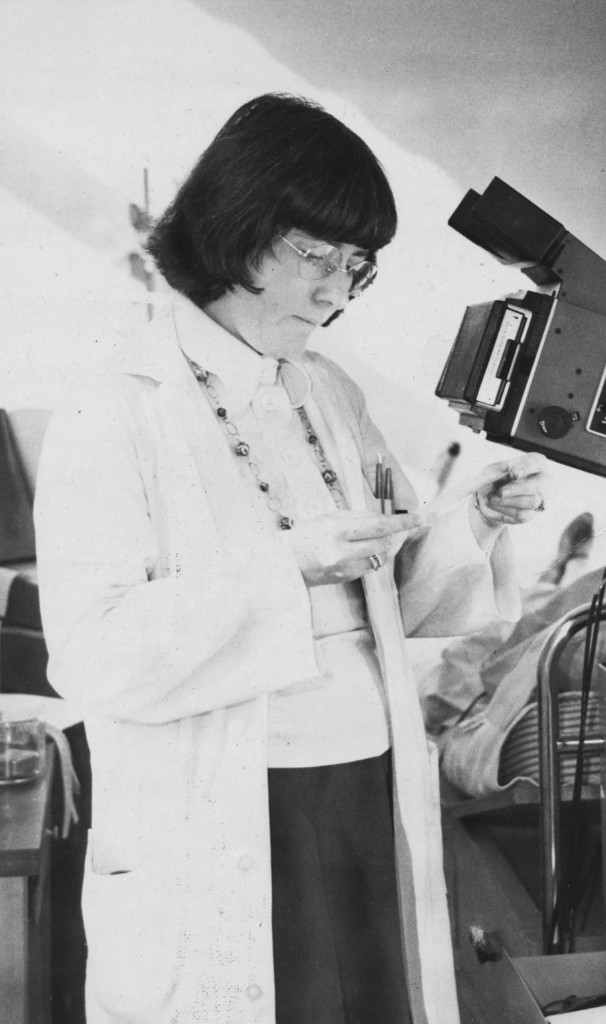 Advancing women in the STEM disciplines.
Image by Courtesy of Monique Frize; University of Ottawa Press

By assuming a leadership role at an enormously pivotal moment, with a bright spotlight showcasing the antagonism and backlash facing women in a traditionally male field, Frize launched herself to the forefront of a movement she was not quite prepared for. It took her until the first anniversary of the shooting to realize she was actually a feminist, and to publicly declare herself so. (By comparison, it took Montreal thirty years to change the plaque that commemorates the massacre, so that it describes the event as “an anti-feminist attack.”)

Unfortunately, the drama of this historic moment is largely lost in Frize’s retelling. She repeatedly underplays her own impact and significance and manages to make her remarkable achievements sound mundane. Perhaps that is a by‑product of staying focused on what she wanted to do — right from the time she was an undergraduate at the University of Ottawa. When you’re the only woman in the classroom (or faculty meeting or boardroom), it can help to concentrate on what you want to achieve. It’s not always easy to appreciate history when you’re in the midst of making it.

I am more than a decade younger than Frize, but many women of my generation were still making inroads, in the 1970s and ’80s, into traditionally male-dominated territory. We were doing “first woman” stuff as part of feminism’s second wave, whether we realized it or not. As a young farmer, I wanted to understand the equipment I was operating , and in the process, I became one of the first graduates of a college-sponsored equipment course for women. I became a journalist to understand what motivates people to do what they do, and that led to my becoming the first female editor of a century-old community paper. I wanted to understand the fundamental reality of our universe, and along the way, I became the first Canadian physics student selected by Cambridge’s Institute of Astronomy for its summer program. You get the idea: I was just doing what needed to be done.

Frize’s career before the massacre seems more in keeping with the seemingly unremarkable effort to plow ahead with what you’re good at. After graduating from Ottawa in 1966 — the only woman in the National Research Council auditorium for the iron ring ceremony — she was a clinical engineer for eighteen years. Her first posting was at the Notre-Dame Hospital, in Montreal, and then she became director of biomedical engineering for seven hospitals in New Brunswick.

Frize relies heavily on her diaries, which enable her to share many details of this time, including the experience of eating pork from the pig she and her second husband had raised on their little farm, and whom she danced with at an engineering conference in Houston, and the exact temperature when she attended a World Health Organization meeting in Copenhagen (minus 12). Despite all this colour, her matter-of-fact writing tends to read as a monotone.

“That Frize played a crucial role in advancing women in the STEM disciplines is without question.”

The author does reveal more about herself when describing some of the tragedies she experienced, including the sudden death of her first husband in a car accident, just weeks after they wed, leaving her a widow at twenty-two. Then there was the accident in France, in 1968, when Frize was on a break from the Imperial College of Science and Technology. She was hit at high speed by a downhill skier, which resulted in a broken hip, a broken ankle, and two smashed vertebrae. It took three months of recovery before she could walk without crutches.

That Frize played a crucial role — nationally and internationally — in advancing women in the STEM disciplines, even after her retirement to Florida in 2010, is without question. She received multiple honorary degrees, was inducted into the Order of Canada, was presented with the YWCA Lifetime Achievement Award, and more. And her vow to see “one thousand more women engineers” for every one who died in Montreal was fulfilled by 1999, when there were 15,000 more women engineers than ten years earlier.

It is unfortunate that A Woman in Engineering does not convey the same kind of excitement that Frize showed when chronicling another remarkable woman in her 2013 book, Laura Bassi and Science in 18th Century Europe: The Extraordinary Life and Role of Italy’s Pioneering Female Professor. While she fills A Woman in Engineering with details of her personal life, her work, and her heavy travel schedule, she misses an opportunity to analyze the social and political context of those experiences. Fortunately, some of this can be found in her 2009 book, The Bold and the Brave: A History of Women in Science and Engineering , which is an essential companion to the current work. Let’s hope an enterprising writer will, at some point, build upon the pair and give Monique Frize’s own remarkable story the rich treatment it so deserves.