The Miramichi Fire: A History

With wildfires having recently raged in the Amazon, California, New South Wales, Siberia, and elsewhere, the appearance of Alan MacEachern’s The Miramichi Fire is a timely reminder of earlier conflagrations that attracted global attention. MacEachern, an accomplished environmental historian at Western University, has spent sixteen years exploring New Brunswick’s experience with forest fires almost two centuries ago. His commitment to the topic shows in a book that is accessibly written, wonderfully sourced, and often a page-turner.

In 1825, the eastern part of North America experienced an exceptionally dry summer and fall. On the evening of October 7, a Friday, a fire driven by hurricane-force winds roared across northeastern New Brunswick, descending on communities along the Miramichi River, wiping out the shire town of Newcastle, scorching its sister town of Chatham, and taking at least 160 human lives and those of countless fish and wildlife in just over a day. The scope and speed of the calamity brought international attention to a colony that, at the time, was the largest exporter of timber to the British market. One of the most famous natural disasters of the nineteenth century, it inspired ballads, commentary, and sympathy on both sides of the Atlantic, produced an international outpouring of relief for survivors who had lost everything, and remains of interest to historians who count it among the first signifiers of a changing relationship between humans and their environment in the Industrial Age.

Before plunging into an analysis of the fire, MacEachern offers a chapter on the early nineteenth-century timber boom that first brought the communities of Newcastle and Chatham (amalgamated in 1995 as the city of Miramichi) to global attention. Timber was a critical resource for the British Empire, which was built economically and militarily on sea power. When the Napoleonic Wars reduced British access to Baltic timber supplies, tariffs were imposed to encourage imports from North America. New Brunswick became the quintessential “timber colony,” and it continued to serve the British market in the expanding international trade following the war with France. 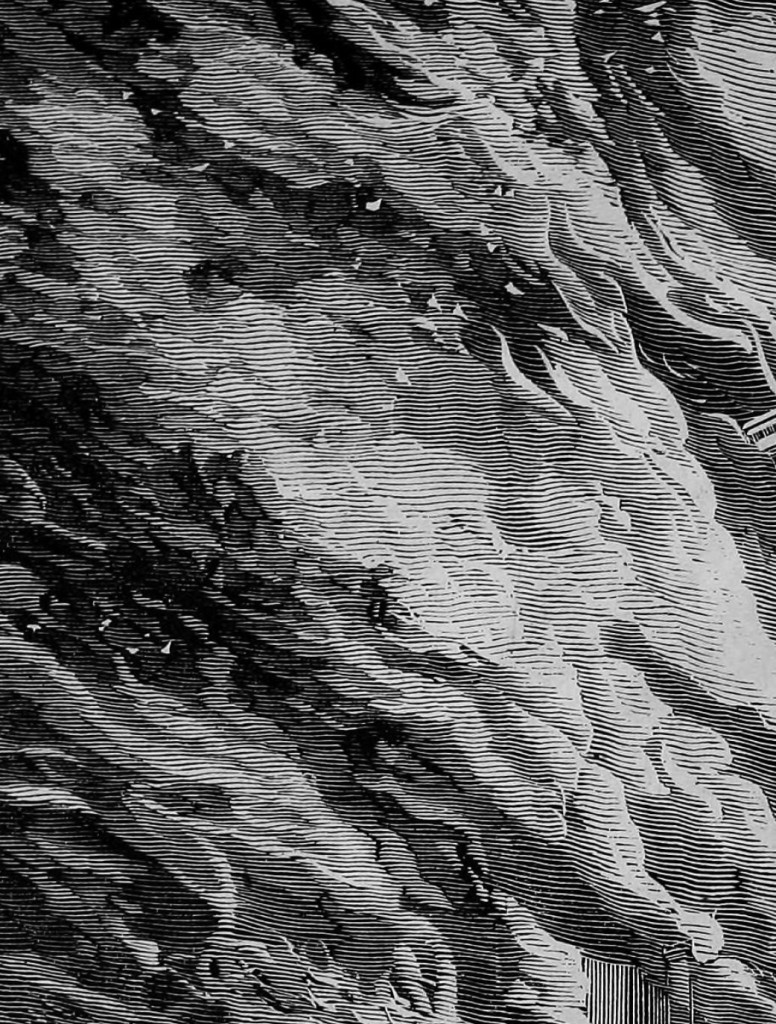 Much like Fort McMurray today, which serves corporate empires built on petroleum, the Miramichi area in 1825 was a rough-and-ready resource frontier, home to a mixed population of Mi’kmaq, Acadians, and recent immigrants. Sloppy forestry practices meant that there was plenty of fuel lying around, and colonists had become accustomed to fighting flames. At the same time, slow communications — mostly word of mouth, drums, and smoke in the distance — meant that people in the path of a firestorm might have little time to escape its fury.

As in most disasters, people pointed fingers at various culprits for setting off the inferno — human carelessness, lightning, even spontaneous combustion — but MacEachern’s contextual reading of the event suggests it could have been any or all of the above. Indeed, what became known as the “Great Miramichi Fire” was actually one of many fires, not all of them conjoined. On the same day that flames erupted along the Miramichi River, they lapped at the borders of Fredericton, destroying one-third of the town; swept through parts of Maine; and threatened areas around Montreal, where locals after the fact referred to their disaster as the “Miramichi Fire.” Focusing on the nearly 16,000 square kilometres burned in northeastern New Brunswick, MacEachern argues, minimizes the impact of the many similar fires that erupted throughout the region, each one of them amplified by a climate episode that had made forested areas tinder dry.

MacEachern’s description of the fire — still one of the largest ever recorded in North America — makes for gripping reading. Even the Miramichi itself offered little relief to those who fled, because in some areas the water was so low that it was impossible to submerge a human body. Scottish immigrants arriving at the mouth of the river saw the flames and immediately turned back, carrying with them some of the earliest accounts of the disaster that began appearing in British newspapers in November — accounts that helped explain the high-altitude smoke that had earlier blanketed much of the northern hemisphere.

Although timber exports from the Miramichi region dropped in 1826 and a few businesses faced bankruptcy, Newcastle was rebuilt, its rivalry with Chatham was rekindled, and the industry resumed its uneven course until British preferential tariffs were abolished in the 1840s. By then settlers were turning to farming and shipbuilding to complement the timber trade. A few decided to try their luck elsewhere, among them founders of the community of Miramichi in the Ottawa Valley. Its name was later changed to Pembroke, but a nursing home there still bears the former name.

MacEachern writes engagingly about his research, and it seems he literally went the last kilometre to flesh out his analysis. In an appendix, he provides the names of 130 victims gleaned from diaries, genealogies, newspapers, relief records, tombstones, and the website Ancestry. He reports that 90 percent of the sources turned up by his sleuthing have never before been mentioned in any account relating to the fire. In an effort to assess the long-term impact of the disaster, he even travelled to the Miramichi area, where he surveyed remote timber stands and bored holes in ancient trees to see if they contained any trace of fire scar or charcoal, but to little avail. The lieu de mémoire had vanished, replaced by new (and different) forests, which, like New Brunswick forests generally, have been extensively exploited by timber companies over the intervening 195 years. Today only 2 percent of the province’s woodlands are more than a century old. With climate change bearing down upon us, even the mix of trees is likely to tilt from coniferous to deciduous varieties.

MacEachern laments that the Miramichi fire has been largely lost to historical memory, but, as he points out, this is not entirely true in New Brunswick, where it is featured in museums and newspaper retrospectives. The disaster also figures as a life-shaping event in Annie Proulx’s novel Barkskins, from 2016. Yet a first-rate academic study of the disaster has been missing. Happily, we now have one that will not soon be superseded.

Margaret Conrad wrote At the Ocean's Edge: A History of Nova Scotia to Confederation.