An Alphabet for Joanna: A Portrait of My Mother in 26 Fragments

Mothers can be at once entirely familiar and complete mysteries to their children. The women who name us and hold an almost unbearable power in shaping our identities are elusive. Certain facets of their selves and chapters of their histories are closed off.

As she opens her memoir, the poet Damian Rogers recalls the time her mother escaped from her nursing home in Buffalo, New York. Joanna has frontal-temporal-lobe dementia, and when the police brought her back, she was unable to say where she’d been. Rogers was asleep in her Toronto home; she didn’t find out about the episode until the next morning. Where did her mother go? What did she do with those hours? Rogers can only speculate: “I am able to imagine my mother, and in my imagination I fill the holes in the stories of what happened to her. There are so many holes in the stories, and I am always filling those holes.”

The incident serves as a broader allegory for their relationship. Even before the disease, Rogers was aware that she didn’t entirely know her mother. “I used to feel that I knew the contents of her mind almost as well as the contents of my own,” she writes. “In some ways, that was an illusion, of course; she kept secrets.” As a young, single mother, Joanna was a fun and loving parent, but she hid parts of herself and her past. As her brain deteriorated, her memories and her words were taken from her, a process Rogers describes evocatively as “a large dark field filled with a flickering network of rapidly dimming lights.” 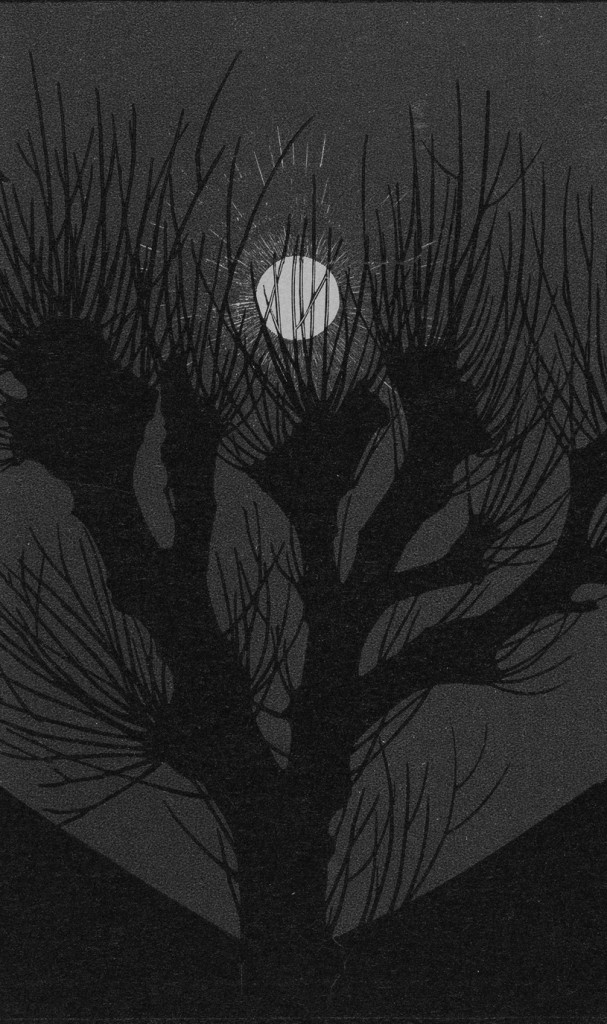 Of course, An Alphabet for Joanna is also Rogers’s story. “I make my life with my mother into a story,” she writes, “and the story makes me.” This self-consciousness is one of the most striking elements of this memoir. As the book jumps back and forth in time, from 2019 back to Joanna’s life before her daughter’s birth, Rogers pieces together memories, photos, letters, her mother’s zippered notebooks, a conversation with her father (of which she provides a sort of transcript), and emails from acquaintances. While she periodically highlights the flaws of her sources, Rogers is explicit about her need to tell this tale. She states early on that she writes as much to force herself to stay present during her mother’s decline as to retrieve the fragments of Joanna’s past.

Originally from the Detroit suburbs, Joanna followed her high school boyfriend to Long Beach, California, where they were quickly married by a mail-order minister. She painted a rosy picture of her wedding —“blue jeans, wildflowers, love beads, sunset”— but there were problems. This period in Joanna’s life held a number of mysteries. There remain gaps and opposing narratives that leave the reader, along with the author, maddeningly unsatisfied. “Whatever it was, it was bad,” Rogers says. “My mother hinted throughout my childhood that she had lost herself in some way, and that she didn’t really understand what had happened to her during this time. Doctors she saw afterward, she told me, suggested she had sustained a closed head injury, an injury she couldn’t remember or name.”

The man Joanna was married to is not Damian Rogers’s father. Joanna met that man, as the story goes, when she showed up at his door hawking Avon products. In his words (and Rogers is careful to emphasize that this is his version), she was “fragile, emaciated, hollow-eyed.” She looked like she needed help. When she returned to his house to deliver the Snoopy cologne decanter he’d ordered, he invited her in. She opened up to him, telling him that her husband was putting aluminum foil on the windows, that he thought the radio was bugged, and that he believed she was controlling his heartbeat with her breath. She didn’t know anyone else in Long Beach. Rogers’s father said that she could stay with him. So she did.

This was not Joanna’s happy ending. The two fought; there were unresolved issues with her first husband — to whom she was still legally married — and there were more secrets. Rogers’s father eventually sent Joanna back to her parents’ house in Detroit. Joanna then informed him, at a rather late stage, that she was pregnant. He moved to Michigan and they tried the relationship again, but to no avail. Joanna returned to her parents and Rogers’s father left. Damian didn’t see him for several years, and neither was he a significant presence in her life growing up; they reconnected years later, though. His role within this narrative is to help fill in details about Joanna, who can no longer remember who he is.

After trying to piece together her early life, Rogers writes about her childhood in her grandparents’ home, her memories of the first apartment she and her mother shared, and how they would sing together and listen to the Beatles. Rogers delves into her own life too: a gig at a fashion magazine in New York; falling in love with the musician who became her husband; moving to Toronto; publishing two poetry books; and her struggles to conceive her son, Levi. She writes about her relationship with her mother as a young adult, interwoven with scenes from after her mother’s diagnosis: transitions between various assisted-living facilities; passing time in a nursing home by drawing together; long, emotional embraces at each parting; and bringing her young son to visit. Whether she was a moody adolescent or an adult reassuring her declining mother that the shapes she was colouring were superb, Rogers captures these scenes of intimacy with a seductive ease. “You’re my beautiful baby,” Joanna tells her on one visit, to which Rogers responds with a kiss on her mother’s cheek.

As parents age, there is an inevitable role reversal when the caregiver becomes the cared for. But it is the transformation of Joanna’s personality that is especially heartbreaking. When her brain started to change, so did her perception of her only daughter. At one point, Joanna was convinced that Rogers was stealing money from her, so she made frantic calculations on the back of a photocopy of a photo of her daughter. The picture was creased and folded; in it, Rogers was beaming. When her mother made this accusation, Rogers was heavily pregnant. She visited Joanna’s bank and discovered that her mother had been telling the staff that there was no baby, and that her daughter was trying to poison her. This paranoia recalls a moment earlier in the pregnancy when Rogers told her mother that she was having a boy. “That’s good,” Joanna replied. “Girls can be rivals for Daddy’s attention.” Rogers can’t imagine her mother making such a statement before her illness, but she wonders if she might have thought it.

The toxic actions of men are at the centre of Rogers’s reading of her mother’s life. From Joanna’s first husband, whose offences remain a mystery, to Rogers’s father, who left when Damian was just shy of one (which prompted her to stop talking for a time), to one of Joanna’s boyfriends, who tried to seduce Rogers when she was just thirteen, men leave behind them a wake of trauma. The darkest episode concerns Joanna’s older brother, Allan, who repeatedly molested her as a child and eventually raped her. The book continually circles back to this abuse, as Rogers tries to gain insight into how it shaped her mother. Over the years, Joanna dropped hints about her brother before she revealed what had happened (she waited until Rogers was thirty). “Everything that’s wrong with me is because of Allan,” Joanna said. Later in the conversation, she added, “Promise me you won’t write about this.”

That the author includes her mother’s request reads as an admission that memoir can be a self-serving form, even a betrayal. But the revelation also clarifies something for Rogers about her childhood — and speaks to her own sense of broken trust. Allan, who has since passed away, used to make her feel uncomfortable. He once told her that she looked like a young Brooke Shields. When she discovered the full truth about his character, she was angry that she’d been allowed to spend time in her uncle’s home as an adolescent without her mother present. But Joanna insisted Damian was never in danger. “In a way this seems delusional, tied to the family’s deep denial, but it did feel as if there was a force field separating me from my uncle, a force field he could not cross.” The book skirts the role that women’s silence and passivity plays in generational trauma. It’s another moment that leaves the reader wondering, alongside Rogers, what Joanna was thinking.

Rogers’s attempts to understand her mother are ultimately, and perhaps predictably, unsuccessful. There comes a point when Joanna cannot even remember her daughter’s name. Rogers is left with more questions, including whether she will develop the disease herself — whether she will be undone in this way, and what it will mean for the people who love her.

Near the end of the book, she describes a visit to her mother’s extended family in Montana, when she went through old family photos and came across a picture of her great-great-great-grandmother. The photo once belonged to her great-grandmother Ivy, who had written on the back “my mother’s mother.” Rogers would like to know the woman’s name, but none of her relatives could tell her. She speculates that Ivy hadn’t known either. “This woman was a ghost to Ivy, just as Ivy is a ghost to me,” Rogers says. “Ghosts all the way back.”

Katherine Leyton is writing on a book about the politics of motherhood.