Falling into Flight: A Memoir of Life and Dance

Kaija Pepper has authored several notable studies on Canadian dance. Currently the editor of Dance International magazine and a critic for the Globe and Mail, she has contributed to numerous national and international anthologies, journals, and theatre programs. Her expertise, both theoretical and practical, is well earned, for she studied classical and jazz ballet, tap, and modern dance. Like all good critics, she interprets as she describes, inviting readers to join her on a figurative and spiritual journey. Now with a memoir to her name, Falling into Flight, Pepper presents her own life as something of a dual dance: a sequence of movements within and outside herself.

Falling into Flight is an engrossing narrative about Pepper’s coming to terms with the troubling world of her childhood in Vancouver and with the artistic passion that has shaped her personally and professionally. It begins as a dreamlike retrospective, where she is still known as Susan Anne, a five-year-old standing beside her thirty-seven-year-old Finnish father, Andy, after “a ride in his Lafarge Cement truck.” Things quickly flash forward several decades to when Andy, who “had never missed a day of work,” is dying of prostate cancer. Pepper’s mother, Zina, will die of esophageal cancer within the year.

When Pepper describes her father’s funeral, it’s as if she is writing a movie script, using such techniques as montage, close‑ups, angular shots, zooms, crosscuts, and especially flashbacks: “Now that Dad is gone, no longer in the present and with no possible future, I am left only with the past.” The two had a close, loving connection that contrasts with Pepper’s fraught relationship with her Russian mother, whose screaming litanies of life’s inadequacies and betrayals contributed to “the river of sadness that flowed through the centre of the house on Clarendon Street where my family moved when I was five.” 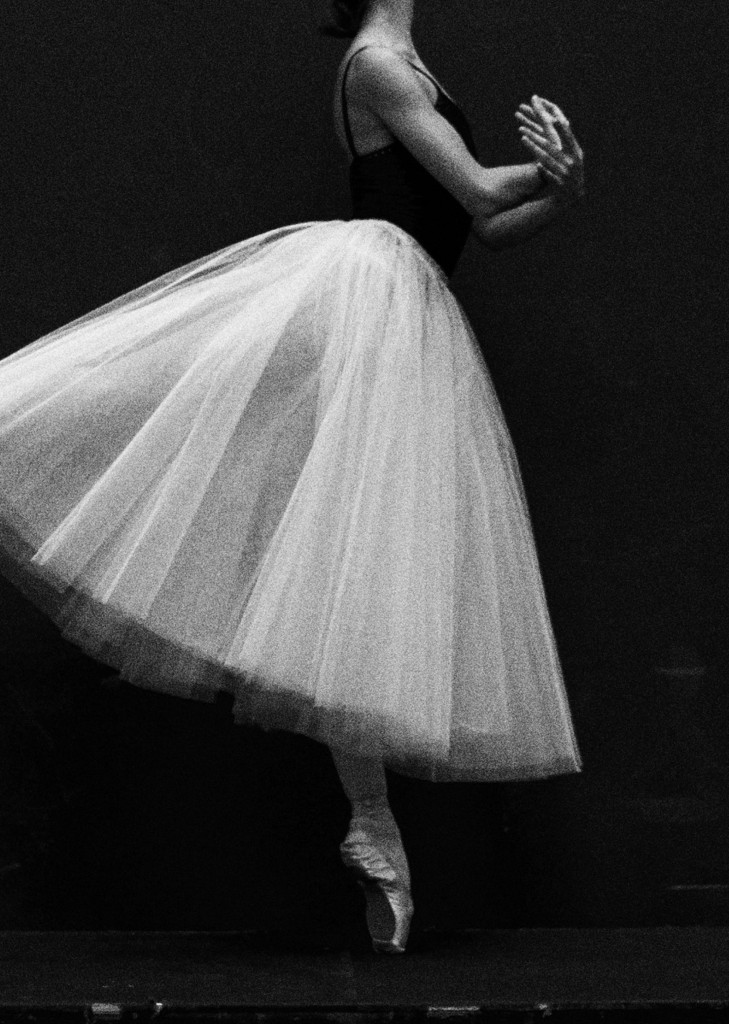 When life is a dance.
Image by Sergei Gavrilov; Unsplash

Truth be told, Pepper often deploys mixed metaphors rather than sustained or clarified images. This is somewhat ironic, as it’s clarity that she pursues through years of psychotherapy with Dr. B, following the loss of her parents. “I’ve recently become an orphan,” she tells him during their first session. Week after week, as Dr. B waits “patiently above the surface,” Pepper plunges into the river’s “cold unwelcoming depths to retrieve my childhood — the difficult parts, half-hidden in the riverbed.” Usually, it doesn’t take her long to “reach the primary source of the river: my mother’s tears, which flowed easily in response to life’s provocations.”

While the river of sadness once “trickled inside” Pepper, it “ran inside” her mother, who was often unable to cope with her four children. Virulently intolerant and sometimes cruel toward others — including young children — she loomed as an emotional mess and created a stressful world for Pepper. Zina steered her daughter into classical ballet, but she would later show little engagement with her professional writing. Ultimately, though, Zina emerges in the book as more of a victim than a villain, one with her own painful backstory.

Just as Pepper’s therapist attempts to interpret her memories, Pepper attempts to interpret the dance that is her life. “Being able to write about yourself is a sign of presence,” Dr. B tells her, but she never discusses with him “the complications of subtext,” such as being told “more than you want to know about yourself.” Nor does she elaborate on a paradox she points out: how the critical interpreter can be in close partnership with dance, as if in “a dream of metamorphosis, in which a simple fall can transform to become freedom and flight.”

Pepper describes the transformative connections she had with dance as a child: her dentist, whose daughter Lynn Seymour was one of her era’s great dramatic ballerinas; her ­introduction, through The Ed Sullivan Show, to Rudolf Nureyev and Margot Fonteyn; her study of ballet with her older sister. And she describes how her high school years were defined by “a hierarchy of acceptable body shape and skin colour,” as if she and her peers “were performing our lives for the aesthetic enjoyment of other people.”

Shy and sexually inexperienced, Pepper protects her “secret female space,” resisting the advances of a drunken married man while babysitting and frustrating the attempts of another, a guy with a sports car who picks her up when she is hitchhiking. Her sexual initiation finally comes in Calgary, with a weed-smoking young man who makes her “skinny, green-skinned” body’s “contentment feel like love.”

One of the fascinating qualities of this slim but revealing memoir is its portraiture of family figures, such as Finnish and Russian grand­parents, and of the author herself. Pepper is almost candid to a fault, not because of some appetite for vulgar confessionalism, it seems, but because she is intent on finding her own psychic centre. Early in their relationship, Pepper’s therapist informs her that she is no narcissist: she sees everything from other people’s points of view, so much so that she experiences a void within. “I somehow had to find my voice and send it out to fill the room with ‘me.’”

After high school, Pepper left Vancouver to study communication arts at Concordia University. She describes a number of creative encounters during her five years in Montreal, the most striking being with Marc Gervais, a brilliant Jesuit film scholar who was “equally at ease with both high and low art.” She recalls how Gervais would pronounce thrillingly on Truffaut, Hitchcock, Bergman, and Godard: “It’s thanks to Marc I knew about the French Nouvelle Vague, or New Wave, and that I used the term auteur not just correctly, but lovingly, as a badge of honour for the men whose oeuvre (another new term) we devoured.” She also recalls a day of cross-country skiing, which ended when Gervais dropped her off at her Notre-Dame-de-Grâce apartment:

As we said our good-byes, Marc leaned over and kissed my cheek, an unexpected move that I accepted graciously, feeling a surge of power — not in a showy muscular way, but quietly, as if my irresistible female body was calling the shots at a molecular level. Being present for this brief intimate connection was an easy thank-you for the wonderful day.

For decades, Pepper considered the memory “a fond one,” though societal revelations have since “crept into the way the kiss resonates.” The moment now complicates “a chapter intended in part as an homage to Marc Gervais, the King of Film Ideas.” Even with “nagging hindsight,” however, she acknowledges how this man gave her “practical and imaginative tools with which to approach criticism, along with a conviction that ideas mattered as much as emotion.”

Was Pepper’s acceptance of Gervais’s kiss all those years ago a case of her “compulsive empathy”? Does she now question too much? A few pages later, she regains her confidence and describes with remarkable candour her relationship with John, a young man she used to call her Fred Astaire: “Every time we went to a club, our dancing took me into heady fantasies involving the trinity of my body, his body and the music. John would swing me round in cosmic configurations, the music our safety net.” Pepper wanted to “dance a song about John and me against the world,” but he withdrew so slowly that it took her a while to realize his “long absence” was permanent. “I was devastated at how easily John had given up our dance — and dumped me, though I couldn’t bear to think of it in such direct ‑personal terms.”

Later, she married a much older British actor and production designer, and they had a daughter. They moved to England, only to have their marriage fail because of his hard drinking and hysterical outbursts. As she learned how to cope with depression and being a single mom, she grew increasingly strong and independent. This progression — this sense of putting “Susie and her troubles” in the past — culminated with a cathartic renaming. “I was christened Susan Anne. Kaija was my surname, though it is also a girl’s name in Finland.” At first, going by Kaija was simply a way to distinguish herself from other Susans in her jazz class, but it took on great power after the divorce:

The universe itself seemed to be sending a sign when I read about the concept of ka — the vital and eternal force within us — while researching ancient Egyptian literature for a media culture course. The “ka” in Kaija turned the name into a talisman I wanted to keep close.

Throughout her career, Pepper would discover the pleasure of Sibelius, whose music her father occasionally played, and have many powerful experiences as both critic and audience member. But it is family to which she returns at the end. Her mother’s “not sweet but somehow enticing” voice stays with her, as does “the raging one.” It’s through an image of Russian nesting dolls that she now pictures their relationship: “My mother inside me and her mother inside her, in a series of mothers and daughters going endlessly back and back and back. Going forward as well, with me inside my daughter.”

Falling into Flight concludes as it begins, with Andy, this time in palliative care. Pepper drives her mother for her first visit to the ward and is struck by her parents’ reunion: “As if a magnet was drawing her to him, my tiny old mother moved straight to my father’s side, where they kissed greedily, noisily, smack on the lips.” The scene, Pepper writes, is neither maudlin nor tragic. Rather, it is a deathbed duet — about life, desire, forgiveness, and love — to be added to a life’s repertoire of dance.