One reason to purchase and read Marcello Di Cintio’s Driven is to show support for a beleaguered sector of the non-fiction world: the pitchless, outline-free book. To be perfectly honest, I have no idea whether a pitch or outline was involved in the creation of Driven. It just doesn’t feel that way. I can’t imagine how an outline of the book could have been any more detailed than this: Empathetic, keen-eyed writer encounters everyday subject. Reader watches what develops. Here, I have come to realize, is my favourite kind of non-fiction.

Doubtless there are reasons for this development. Possibly some of them are good. Personally, I hate the damn things. But that’s my problem. If you are a conscientious objector to pitches, you’re probably retired or not very busy. The pitch has become an expected step in the dance — which, in itself, makes it clear who’s leading. Managers like outlines because outlines are like what managers do. The fact that they are the opposite of what writers do is unfortunate, but there you go. 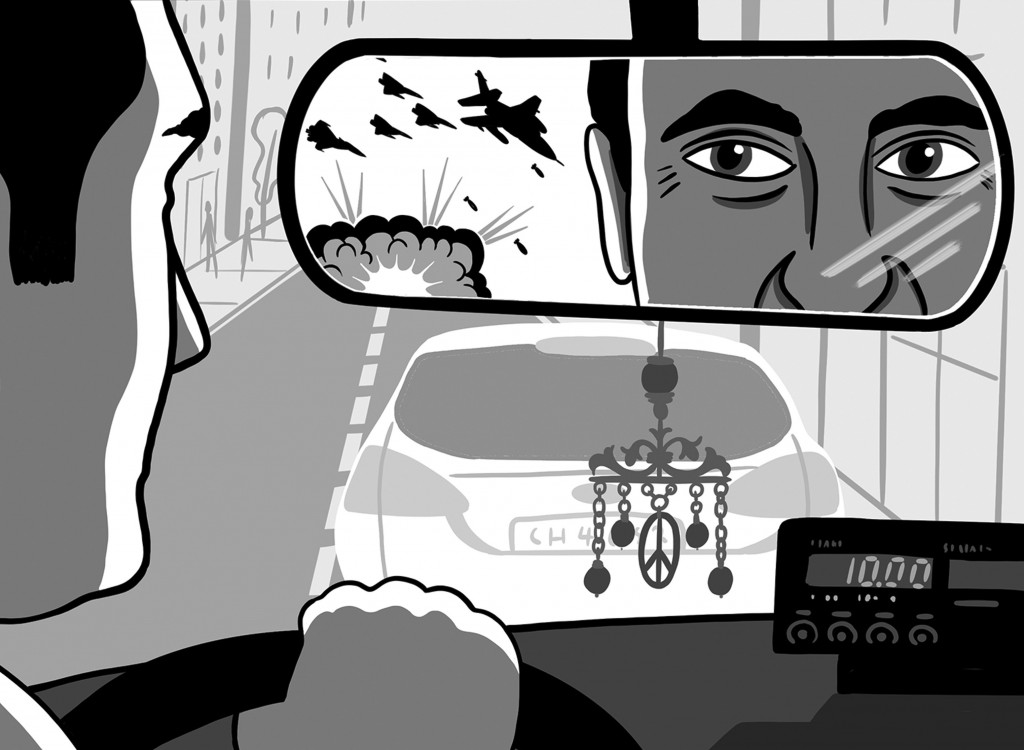 A subject as complex as our present.
Image by JAMIE BENNETT

Good non-fiction writers are writers who are curious. Good non-fiction writers are alive to what they are seeing and learning, which makes the story they are formulating a constantly shifting target. Good writers often don’t know what they are going to write until they write it. Discovering what to write is what good writing is. (That’s not something outline specialists like to broadcast.)

One reason that good non-fiction can be so compelling is that we, the readers, sense the risk the writer is taking. We are witnessing the act of searching — first for the story and then for the best way to tell it. Where is Joan Didion going with this, we wonder. Or Susan Orlean. Or David Foster Wallace. Well, they were wondering, too, for a while. Not knowing is the beginning of the adventure.

No big event kicks Driven into gear. Nobody is a celebrity. There is no specific wrong to be righted, no particular injustice to be exposed. Indeed, Di Cintio consciously abjures the best-known tropes of cab driving: the demimonde of sex and drugs through which night drivers navigate, and the brain surgeon from Beirut who is now behind the wheel in Toronto or Montreal. Instead, he sticks to wanting to know about cab drivers, and this impulse — plain, old-fashioned inquisitiveness — is a journalistic force not to be underestimated.

Included in any credible anthology of great magazine articles is one that John McPhee wrote for The New Yorker in 1966. It’s a story that has influenced generations of non-fiction ­writers, and it’s worth pointing out that the story’s ­raison d’être is McPhee’s curiosity. There is no other engine. Driven has the same under-the-radar appeal. It takes up a subject so ordinary that you hardly notice it, but it becomes more interesting the closer you look. In fact, the closer you look, the more your view is not of a single subject at all but of an entire world. The world of oranges in John McPhee’s case; that of taxi drivers in Marcello Di Cintio’s.

“I’d spent years crossing borders around the world to document suffering and injustice. Resilience and love,” Di Cintio writes in his introduction. “Yet I hardly needed to leave Canada for these stories. I could’ve found almost as many on my cab rides to and from the airport, because the taxi itself is a border. Beneath the roof light of every cab, a map of frontiers and dividing lines unfolds. The taxi occupies the margin between public and private space: accessible to all but simultaneously personal and intimate.”

Driven is like fourteen cab rides with drivers telling you their life stories, except that Di Cintio doesn’t do his interviews in cars. A lot of them happen in Tim Hortons, in a cross-country checkup of crullers and double-doubles. What unfolds, in an unpredictable, strangely understated, outline-resistant way, is not quite the hist­ory of the modern world but a good chunk of it:

Some drivers had fled or fought wars I knew little about. Many suffered horrific violence. Some perpetrated it. They weren’t all heroes. I met bullies and blowhards. Pranksters, weirdos, and misanthropes. My drivers weren’t all family men, and they weren’t all men. Perhaps the only thing they shared was that their cramped driver’s seats couldn’t contain their life stories. Each had crossed many borders, both real and metaphorical, before the first day they switched on their roof light.

The result is a two-stroke engine of non-fiction: Di Cintio asks his subjects questions about their job, and his subjects answer. At one level it could hardly be simpler: cab drivers talking about cab driving. But what they end up talking about is a subject as complex as our present. They describe our time. Revolutions, famines, escapes, journeys, adventures, tragedies, social calamity, political chaos, economic disaster — all these are in the backgrounds of the drivers we wonder about as they transport us from point A to point B.