Future Possible: An Art History of Newfoundland and Labrador

When the Newfoundland author, actor, and comedian Andy Jones considers his province’s fate, he will quip, “Future possible, possibly horrible.” (What he calls “FutPoss” for short.) And indeed, this sense of “future-pessimism” has been a consistent part of life on the Rock, as its people react to the ebbs and flows of the ocean that surrounds them. Europeans visited and later settled this place because of its unbelievable bounty of cod, but the moratorium brought the island’s major reason for existence to an abrupt halt in 1992, while destroying much of outport life. A few years later, the ocean yielded another economic boom — with a different offshore resource. But “possibly horrible” came with the recent volatility of oil prices.

What does a possible post-pandemic future — with high unemployment, a soaring cost of living, and dwindling tourism — mean for the culture of Newfoundland and Labrador? This is a question that Mireille Eagan ponders with Future Possible, the province’s first comprehensive art history anthology, which builds upon a two-part exhibition that was held at the Rooms in St. John’s, in 2018 and 2019, to mark seventy years of Confederation.

The Rooms — which houses the Art Gallery of Newfoundland and Labrador, as well as the provincial archives and museum — takes its name from the iconic gable-roofed sheds that generations of fishermen have built along the waterline. But to the artist Craig Francis Power, the Rooms also resembles a fortress, the repository for “Official Culture, Official History and Official Memory.” Power, a self-proclaimed working-class outsider who contributed one of seventeen essays in this volume, has advice for the establishment: “What we want from our cultural institutions is an honest and earnest engagement with our living culture today — not necessarily what it once was, and not how it’s shown in tourism brochures or television programs.” (Though one must admit that the province has presented a spectacularly brilliant image of itself to entice people to visit, even throughout the pandemic.) 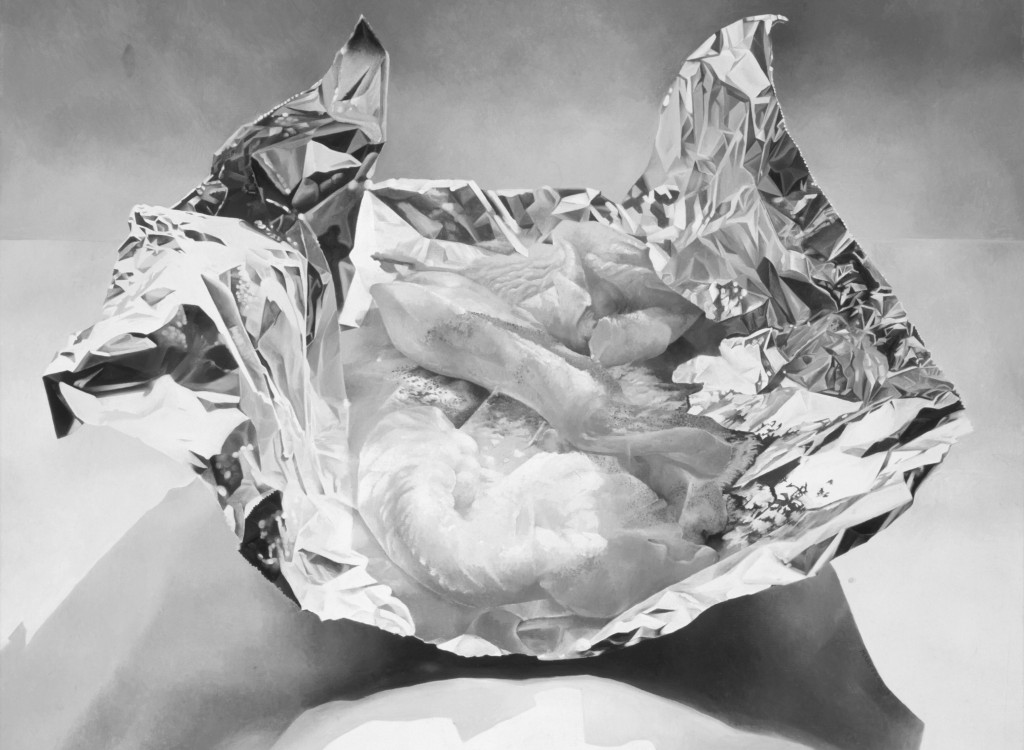 Power’s essay points to one of the key issues that faced Eagan and her collaborators in mounting the exhibition several years ago: art in Newfoundland and Labrador is anything but a tidy category.

Christopher Pratt once told me that the only original artwork he saw as a child, growing up in the 1940s, was a local landscape painting displayed in the Anglo-Newfoundland Development Company’s reception room in Grand Falls. It was the type of experience that many outport Newfoundlanders, who rarely if ever saw original art, shared. That landscape was painted by A. E. Harris, a British engineer who arrived in 1907 to work in the pulp and paper industry and who later managed operations at Anglo-Newfoundland. Harris co-founded an early society for art appreciation in 1925, and one of his pieces, Rattling Brook near Bishop’s Falls, Nfld., is included in the book as a full-colour spread.

The upper echelons in St. John’s, meanwhile, imported works of art to display privately in their homes. In the days before Confederation, the clergy and the merchant class were often more British than the British, and many families sent their children away to boarding school, while those who remained attended private schools such as Bishop Spencer College, whose students wore uniforms that came directly from Harrods.

There was little interest in homegrown artists among the collectors, and so some simply moved away to pursue their careers, including Maurice Prendergast, Maurice Cullen, David Blackwood, and Rae Perlin, who later returned. The first official public art gallery opened in St. John’s in 1961, with Pratt as its director, and was located in a newly built library at Memorial University. Its second director, Peter Bell, straight off the boat from England, opined in 1975, “There has never been anything remotely resembling an art movement in Newfoundland.”

Bell’s opinion was in keeping with all those who failed to recognize local works, including those by Indigenous artists, who rejected and continue to reject long-standing colonial practices. (The Rooms has been a pacesetter in respecting and collaborating with Indigenous communities in the exhibition of artifacts and other works. It has provided residencies to their artists, for one thing, many of whom live in Labrador.)

Before Confederation, there were no special agencies to deal with Indigenous communities, and during the 1949 negotiations, Ottawa and the government of Newfoundland made no reference to Indigenous peoples in the Terms of Union. Just a few years later, when Inuit carvings suddenly became highly collectible, many carvers in Labrador were left out of the initiatives that both government and business set up to promote Indigenous art. (Other artists, by contrast, did have access to federal funding, particularly in 1967.)

“There was little interest in homegrown artists among the collectors.”

It wasn’t until the 1970s and ’80s that many Labrador Inuit artists received due recognition. In 2016, the Rooms mounted SakKijâjuk: Art and Craft from Nunatsiavut, a survey exhibition that went on to tour galleries in Halifax, Winnipeg, Regina, and Windsor. “What is remarkable about the exhibition,” Heather Igloliorte writes, “is not that we were able to bring together so many outstanding examples of work from Nunatsiavut created over the seven decades since modern Inuit art began, but the depth and breadth of work that is included.”

One particularly fascinating image in Future Possible is a map, Sketch II: The Taking of “Mary March” on the North Side of the Lake, drawn in the early 1800s by Shanawdithit, the last known of the Beothuk people. This unique artifact depicts the capture of Shanawdithit’s aunt, Demasduit. “Even with cloudy details,” Darryn Doull writes of the map, “it is clear that the drawing embeds memories, multiplicities and experiential qualities of the community and its inhabitants.” After Shanawdithit herself was captured, she was taught to draw in a European style, including rudimentary perspective, which is reflected in another included work, Sketch VIII. Did this colonial training honour or obscure her way of seeing the world?

A larger-than-life bronze by Gerry Squires captures the strength yet vulnerability of Shanawdithit. Situated at the Boyd’s Cove Beothuk Interpretation Centre, in eastern Notre Dame Bay, it depicts her amid the woodlands in a way that often surprises visitors to the archeological site. In Future Possible, Squires is represented with a double-page ­reproduction of Uprooted. This iconic canvas, from 1989, shows a massive skeletal tree in the foreground, with a threatening grey sky overhead. Squires, like Christopher Pratt, was born before Confederation, but he grew up to paint after 1949. “I think Gerald Squires saw the world, trees and rocks as if they had a soul,” Pratt said in an interview with Eagan. “As if they had a being and a soul and he brought that into his paintings and into his titles.”

Of course, Christopher Pratt, along with his wife, Mary, was twentieth-century art royalty. The couple have a strong presence throughout the book, as do two of their children, Barbara and Ned, who are also artists. “There is always a secret ready to be unwrapped,” the novelist Lisa Moore writes of Mary’s paintings, such as Cod Fillets on Tin Foil, from 1974. Was Mary simply capturing the beauty of fresh fish, ready to be pan‑fried, or was she warning of the impending loss of livelihood? “Impossible not to look at this painting, now, as an augury of what’s to come.”

At the time of Confederation, there were maybe three Newfoundlanders who called ­themselves professional artists. Two of them, Reginald Shepherd and Helen Parsons, founded their Newfoundland Academy of Art in 1949. Twelve years later, Memorial University’s Extension Service developed another training model, an innovative program of community economic development that attracted social activists and artists from throughout Canada and the United States. Established in 1974, St. Michael’s Printshop, founded and co-funded by MUN Extension and the Canada Council for the Arts, also attracted both locals and artists from elsewhere. Situated in a former schoolhouse in St. Michaels, on the Southern Shore, it offered working space and a collegial atmosphere. A number of small commercial art galleries opened in the 1980s, and Eastern Edge Gallery, the province’s first artist-run exhibition space, launched in 1984. (The printshop and Eastern Edge eventually moved to a shared venue in St. John’s.)

The creative buzz in the air proved infectious, and out-of-province Canadians began to arrive. The interdisciplinary artist Pam Hall came from Ontario in 1973 and never left. (Her book Towards an Encyclopedia of Local Knowledge, from 2017, is a mesmerizing compendium of local practices, such as making and repairing fishnets, knitting gloves and socks, preserving and preparing foods, creating hooked rugs and quilts, building boats, and cutting up moose carcasses.) Anne Meredith Barry first visited in 1971 and settled permanently in 1986. The painter Jean Claude Roy arrived in 1971 and now divides his time between his studios in Newfoundland and in France.

More recently, Craig Power’s demand for “earnest engagement” with the province’s contemporary culture has been met with a variety of unconventional and experimental practices, including collaborative site-specific installations that “deal with themes of place and re-invention,” as the writer Eva Crocker puts it. “At a time when people feel forced to leave the Island, there is something hopeful about these works.” With Grass in the Sky, for instance, Pepa Chan, Mimi Stockland, and Kailey Bryan covered an abandoned Port Union house with stuffed animals: “The way the toys drooped from clapboard covered in flaking paint created a tone that was both magical and melancholic.” And with The Garbage Poems, Anna Swanson transcribed poetry from pieces of trash that she found near popular swimming holes, while April White produced a series of watercolours and illustrations of the refuse that inspired them. Then Matthew Hollett designed a website where visitors can hover their cursors over any of the words to see the corresponding image.

Such experimentation can also be found at the Bonavista Biennale, which has used historic indoor and outdoor spaces throughout the east coast of the Bonavista Peninsula as its canvas since 2017. Elsewhere, the Fogo Island artists’ residency program, which Zita Cobb started in 2008, pairs established artists with gleaming studios on steel stilts for between one and three months. Although there has been some grumbling that international stars have dominated over Canadian talent, the program has also made Joe Batt’s Arm a destination for artists who often return.

Future Possible presents these and many other viewpoints on Newfoundland and Labrador’s cultural and artistic development. This is a valuable history told through objects and images — a history that challenges many conventional assumptions about what constitutes art. Replete with superb reproductions of original works, it leaves no doubt that Newfoundland and Labrador artists have been punching above their weight for years, just like the province’s world-renowned writers and musicians.