The media sounds the alarm as ­asylum seekers descend upon Quebec in unprecedented numbers. The federal government promises to step in. But how to balance Canada’s ethical and legal obligations toward refugees with control over the border? No, it’s not 2016, when a wave of people began arriving via Roxham Road. It’s 1986, the year Caroline Dawson’s family decides to flee Chile.

This compelling debut begins with seven-year-old Caroline on a plane on Christmas Eve. Too young to understand the dictatorship of Augusto Pinochet but terrified of the unknown, she suffers shame-inducing diarrhea and worries about missing Santa Claus. Such memories are filtered through Dawson’s current perspective as a sociology professor at CEGEP Édouard-Montpetit, in Longueuil. She explains that her family was among 2,300 asylum seekers who arrived that month thirty-five years ago and that Ottawa responded to the “crisis” by making Canada’s borders harder to reach.

The tension between the individual and the societal runs through Là où je me terre, a loaded title that translates, roughly, as “Where I land.” Labelled a novel, this finalist for the Prix des libraires reads more convincingly as a memoir, given its careful contextualization and straightforward presentation of events. In condensed, emotionally charged chapters, Dawson describes her arrival in Montreal and gradual integration into a place her family has chosen based on “next to nothing.” The account of her early days and years is memorable for the details: she develops idiosyncratic relationships with TV shows like Passe-partout and Le petit castor, while her French teacher encourages her to memorize the names of alien winter sports by rewarding her with handfuls of Honeycomb cereal. 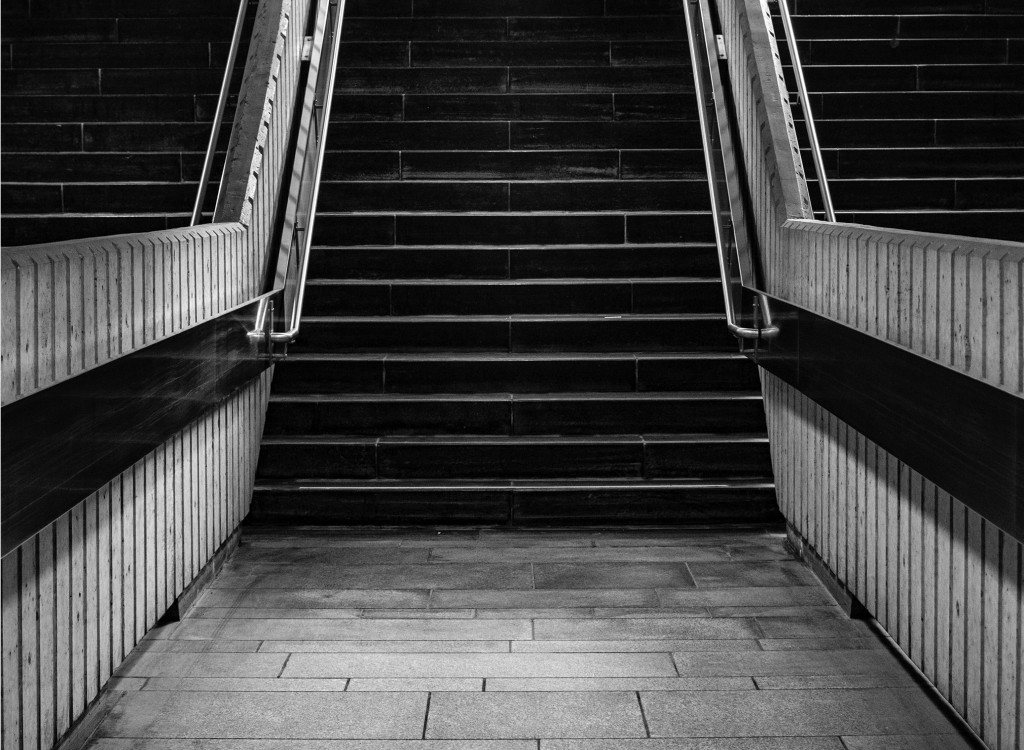 Scenes of a gradual integration.
Image by Etienne Delorieux; Unsplash

When describing her parents’ lives, Dawson the sociologist emerges in full force. With three children to support and no time to study French, her mother and father abandon their previous careers for “shitty jobs where they didn’t need to talk.” In what is ironically described as “a major feminist breakthrough,” her mother cleans houses, liberating “white women from some of their domestic work by having it performed by other women.” Such moments echo the opening epigraph attributed to Chimamanda Ngozi Adichie: “Parfois en Amérique, la race est la classe” (Sometimes in America, race is class). Even after the family moves from the impoverished neighbourhood of Hochelaga to the suburbs, the older woman scrubs the grime and suffers the condescension of wealthier and whiter people. And while some of Dawson’s passages veer toward the didactic, most are saved by clarity of vision.

The book’s strongest chapter contrasts Dawson’s own social ascension with her mother’s subjection. In college, she gains access to “private school culture” and the house parties that go with it. One alcohol-drenched evening sees her awkwardly flirting with the host, who is magnetic and somehow familiar. Then, in a moment of nausea, she realizes that her mother has been cleaning this house for years. Suddenly, the teenage excess that surrounds her — spilled drinks, scattered cigarette butts — takes on a whole other meaning. The scene is dizzying, her in-between position stark. One understands that the title, Là où je me terre, refers to more than Dawson’s relationship to a new country. It is also about how, in periods of dislocation and disorientation, she determines her loyalties.

Remue-ménage is a storied feminist press, so it is unsurprising that much of the book reads as a tribute to maternal love and sacrifice. At times, though, one wants more about Dawson’s father and brothers, who quickly fade into the background. Above all, Dawson lingers too much on her childhood at the expense of her more engaging experiences as a young adult. In a poignant section near the end, she becomes a mother herself. Distanced from her Chilean roots and not knowing any nursery rhymes in French, she resorts to singing the alphabet to her baby over and over again: “Letters, all the letters, that’s all I found to pass on to comfort him against my breast at the waning of the day.” The sense of loss is palpable, a familial chain of transmission broken in favour of a new start.

In school, Caroline reads L’avalée des avalés with such fervour that as an adult she dedicates her book to Réjean Ducharme’s rebellious narrator, Bérénice. But even as she embraces the particularity of Quebec, she learns to tread carefully, eliminating her accent and tendency to talk with her hands in order to become, as she bitterly remarks, “an exemplary immigrant. A goddamn model of integration.” Just as Souvankham Thammavongsa does in How to Pronounce Knife, Dawson details generational gulfs alongside instances of racism and casual dismissal. No wonder she was confused when François Legault recently recommended her book on Facebook, given the premier’s unwillingness to recognize systemic racism in the province.

Ultimately, whether novel or memoir, Là où je me terre reads as Dawson’s own belated rebellion, the adult saying what the child could not. She demonstrates that, in 1986 as in 2021, the path forward for asylum seekers is messy. Her class mobility occurs against the backdrop of familial compromises and her mother’s unrealized dreams. This trajectory is not unique, and the book does not always feel original. But it is eloquent and honest, and Dawson the sociologist surely knows that her story is worth telling in part because it is so common.

In her review of Caroline Dawson’s debut novel, Amanda Perry says that Là où je me terre is a “loaded title” that translates roughly to “Where I land.”

That is indeed a rough translation. A literal and explicit one would be “Where I hide.”