Brotherhood to Nationhood: George Manuel and the Making of the Modern Indian Movement

Peter McFarlane, with Doreen Manuel
Between the Lines
342 pages, softcover and ebook

There have been three distinct campaigns for Aboriginal rights and title in British Columbia. The first began when the fur trade era gave way to the settlement frontier in the 1850s and ’60s. Characterized by appeals to Indigenous law as well as to morality and Scripture, it was confined primarily to delegations sent by individual communities to seek redress from the colonial and, after 1871, provincial authorities. Its main and relatively ineffectual allies were the Aborigines’ Protection Society, in England, and a few missionaries who had come to the colonies of Vancouver Island and British Columbia.

The second campaign began early in the twentieth century and was prompted by the increasing pressure being brought to bear on Indigenous lands by the expanding frontier. It was different from the first campaign in three respects: “pan-Indian” organizations were formed to further the cause; a very small number of lawyers became involved; and the earlier discourse of prayers for help and appeals to divine justice were de-emphasized. Instead, the emphasis was upon appeals to British justice and imperial law, notably the land rights guaranteed by the Royal Proclamation of 1763.

Initially, this approach proved more effective, and both the Cowichan and the Nisga’a petitioned the Imperial Privy Council for redress. But the B.C. government was adamantly opposed to recognizing Aboriginal title, and Ottawa invariably backed down in the face of provincial intransigence. Until 1974, the doctrine of sovereign immunity, which provided that no one — Indigenous or not — could sue the Crown without the Crown’s permission, kept the issue away from the courts. As Richard McBride put it when he was premier, large sums of money had been invested in the province, and a court finding in favour of the Indians “would have a most disastrous effect on our financial standing.” The possibility that significant parts of the province might be subject to unextinguished Indian title, he went on, was “too serious a matter” for any court, and the provincial government would never “agree to submit to a determination even by the Privy Council a question of policy of such importance.” 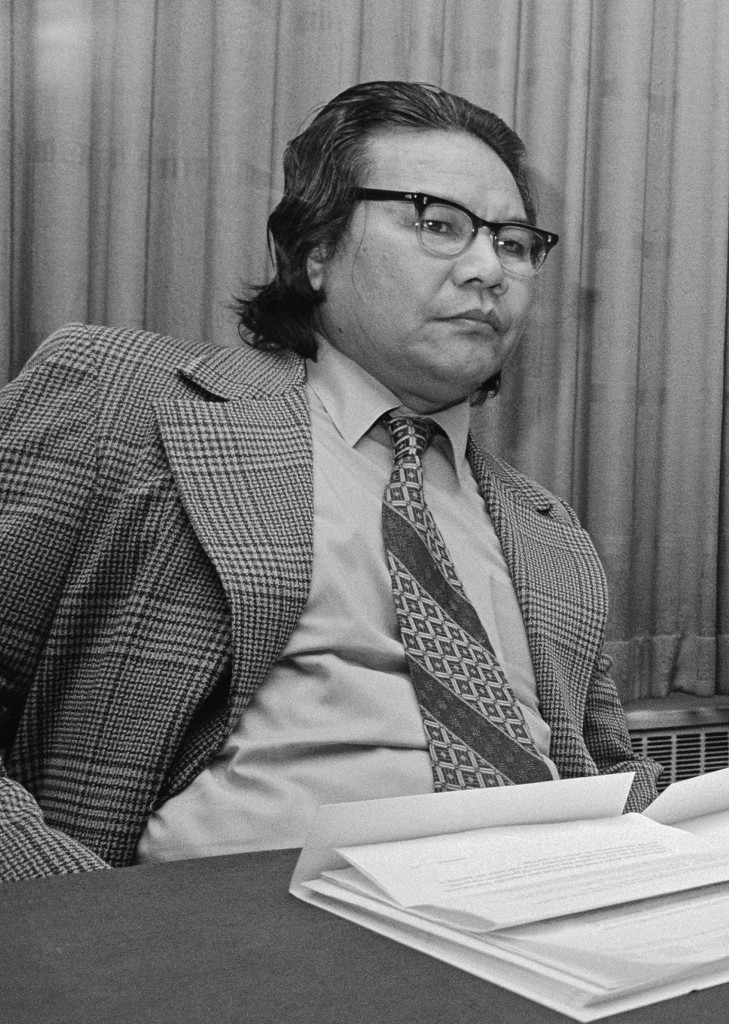 The Nisga’a and the Allied Indian Tribes of British Columbia persevered until 1927, when Parliament amended the Indian Act to make raising money to pursue land claims effectively illegal and a parliamentary committee — not a court — found that the Allied Indian Tribes’ claims were unfounded. These two events put an end to this second campaign or, perhaps more accurately, drove it underground.

The third campaign — also based primarily upon the imperial law of Aboriginal title — was essentially a resumption of the second, when the ban on raising funds for land claims was dropped from the Indian Act in 1951. The committee that had brought the Nisga’a petition in 1913 was revived as the Nisga’a Tribal Council, and, under the leadership of Frank Calder, it hired a lawyer. The result was the Supreme Court’s 1973 decision in the Calder case, which confirmed that Aboriginal title is indeed a part of the law of Canada.

Half a century later, we are still in the midst of this third campaign. The difference now is that advocates, in addition to basing their strategy on the Aboriginal rights and title recognized and affirmed by Canadian law, are reviving elements of the first campaign, by increasingly emphasizing the revitalization of Indigenous legal concepts and First Nations sovereignty.

However remarkable this history is, many Canadians remain unaware of these campaigns and the people who led them. The nineteenth-century leaders are long gone, as are those of the Allied Indian Tribes and the Nisga’a Land Committee who petitioned the Privy Council in 1913. So are all the members of the Nisga’a Tribal Council who went to the Supreme Court nearly sixty years later. With the recent death of their lawyer, Tom Berger, an era has come to an end, and there is a danger that even the early stages of the third campaign may completely fade in the public mind.

That is why a revised edition of Peter McFarlane’s 1993 book about George Manuel is so welcome. Manuel was as important to the First Nations of the B.C. Interior as Frank Calder was to the coast, and he strove even harder than Calder to bridge the tension between the two regions that had hobbled the second campaign.

Born in 1921, George Manuel was Secwepemc and raised mainly by his grandparents. His stay in residential school was cut short by tuberculosis, which left him “with a twisted hip and a life-long limp.” Manuel had only a grade 2 education, courtesy of a system that he said left children “equally unfit to live in an Indian world or a European world,” but he went on to be a boom man at a lumber mill and the chief of the Neskonlith Indian Band. More importantly, between 1970 and 1981, he served terms as president of the National Indian Brotherhood (now the Assembly of First Nations), the Union of British Columbia Indian Chiefs, and the World Council of Indigenous Peoples, which he was instrumental in founding. He also played a central role in creating the Constitution Express, a movement to have Aboriginal rights entrenched in the Constitution Act, 1982.

Several themes are woven through Brotherhood to Nationhood. One is Manuel’s impressive ability to surmount personal and political barriers, including, of course, racism — sometimes virulent, sometimes simply ignorant. In The Fourth World: An Indian Reality, which Manuel wrote with Michael Posluns and published in 1974, he recounted how a co-worker at the lumber mill once asked him, “Does Indians have feelings?” Forty years after that astonishing question, an official at the Canadian High Commission in London said, “George Manuel looks like a dumb Indian type of guy, but he is a shrewd son-of-a-bitch.”

And Manuel was shrewd — he had to be. In common with other Indigenous leaders, he was forced to contend with ill-prepared politicians, reluctant bureaucrats, and dissension among First Nations themselves. This is another theme McFarlane brings out: that the pre-contact divisions among Indigenous groups, which were only exacerbated by colonialism, posed a significant challenge to anyone seeking to forge a national or international advocacy organization.

Funding the third campaign was also a ­perennial problem. To be sure, it was not as difficult as it was during the second campaign, when the Allied Indian Tribes financed their activities by having bands ask their members for a dollar each. But it was no picnic, because there was only so much federal money and various organizations were competing for it. Yet another theme, albeit a muted one, emerges here: whether the “modern Indian movement” referenced in the book’s subtitle would be based upon bands as defined by the Indian Act or by tribal nations. (A variation of this complicated controversy recently played out between band councils and hereditary chiefs over the projected gas pipeline in Wet’suwet’en territory.)

I confess that I approached this edition of Brotherhood to Nationhood with some trepidation. The first edition, which contained ­factual errors, was criticized when it appeared in 1993 for, among other things, its partisanship (most notably by Paul Tennant in the journal BC Studies). Those in the know may disagree with such criticism, but it is difficult to see how a biography written with the family’s backing, as both editions are, can be anything but partisan, especially when some of the subject’s younger supporters have referred to themselves as “Manuelistas.”

But I came to realize that readers should allow for any lingering bias and seek other views if they wonder at the version of the events presented here. (For what it is worth, I think the depictions of those who come off best in these pages, such as Phillip Paul of the Union of British Columbia Indian Chiefs, are fair, as are the depictions of those who fare less well.) Moreover, the new edition, with George’s daughter Doreen as co-author, incorporates the voices of the women who supported and worked with Manuel. And it straightforwardly presents his flaws as well as his strengths.

Although some of the minor factual errors of the first edition have been addressed, some remain, and there are other problems that may best be described by saying that the book needed a good editor. Still, none of the errors or editorial issues are terribly important for a general reader, although experts and non-experts alike will be somewhat confused by the parade of acronyms.

Even with its flaws, Brotherhood to Nationhood is so rich in detail that it resists a neat summation. Anyone interested in the early history of the Union of British Columbia Indian Chiefs, for example, or in the group that became the Assembly of First Nations will find much of interest. The account of Manuel’s travels is equally impressive. In order to establish and nourish the World Council of Indigenous Peoples, he went to Africa, Latin America, Scandinavia, and the Antipodes — places where it was often difficult to fundraise. Yet his championing of what he called the Fourth World has been vindicated by Canada’s and British Columbia’s embrace of the United Nations Declaration on the Rights of Indigenous Peoples.

Unfortunately, Manuel did not live to see the fruits of his labours — or the difficult task of working out their implications. In the end, health issues, some of which dated from his childhood, forced him into a premature retirement, and he died in 1989. As the book puts it, “The man of the people returned to the people. And George Manuel would leave the world as he had come into it: battling poverty and illness.”

Seraphine Stewart is a member of the Upper Nicola Band. Like Manuel’s own community, the Upper Nicola object to referring to bands as nations — a word that’s more appropriate for the larger Secwepemc Nation — and many continue to use the term “Indian.” Stewart lives on the Douglas Lake Reserve and looked after Manuel in an extended-care facility shortly before his death. She once told me that she was “totally in awe” of him for what he had done for Indigenous peoples and for how he would go out of his way to help individuals — as he once did to see that a nurse got the employment she deserved. But it is for his work on the larger stage that this man will be remembered by most. “The torch George Manuel inherited was barely aflame,” the Cree leader Harold Cardinal once wrote. “The torch he passed on was burning bright.”

Hamar Foster is an emeritus professor of law at the University of Victoria and co-editor of the forthcoming To Share, Not Surrender.