I first encountered the magic of Field of Dreams as a teenager, when I saw the 1989 film with Kevin Costner and James Earl Jones. Like most viewers, I adored the story’s healing arc. One day an Iowa farmer hears a supernatural voice: “If you build it, he will come.” The farmer knows it’s crazy to turn under part of his cornfield to build a baseball diamond. Yet he listens. He works hard to get the park just right. And when the farmer finishes, “he” does come: Shoeless Joe Jackson.

Joseph Jackson was born on July 16, 1887, in rural South Carolina. He never really learned how to read or write, but he transcended his impoverished beginnings to become one of the most celebrated figures in the sport. He picked up his nickname early in his career, when a pair of new cleats were giving him blisters. He simply peeled them off, and, despite the heckling fans, he played the rest of the game in his stocking feet. That’s how he became, as he remained, Shoeless Joe. Those who watched him in person considered him one of the game’s best natural hitters. He could fire a line drive to any corner in the park, the ball slicing through the air straight as the contrail of a plane.

In summer 1921, with what should have been years of professional play ahead of him, Shoeless Joe found himself in the Cook County Criminal Court Building, a seven-storey Romanesque landmark in downtown Chicago. In what the press dubbed the Black Sox Scandal, Jackson and seven other White Sox players were accused of conspiring to throw the 1919 World Series to the Cincinnati Reds. With their indictment, the possibly apocryphal phrase “Say it ain’t so, Joe” had entered the vernacular. For weeks, the city sweltered in the heat as the proceedings unfolded. Sweat ran down the players’ starched collars. Young boys crowded the bleacher-style seating that had been brought into the courtroom and, as the New York Times reported, watched in awe. Everyone wanted to know: Would the athletes be convicted? Might they even go to jail? 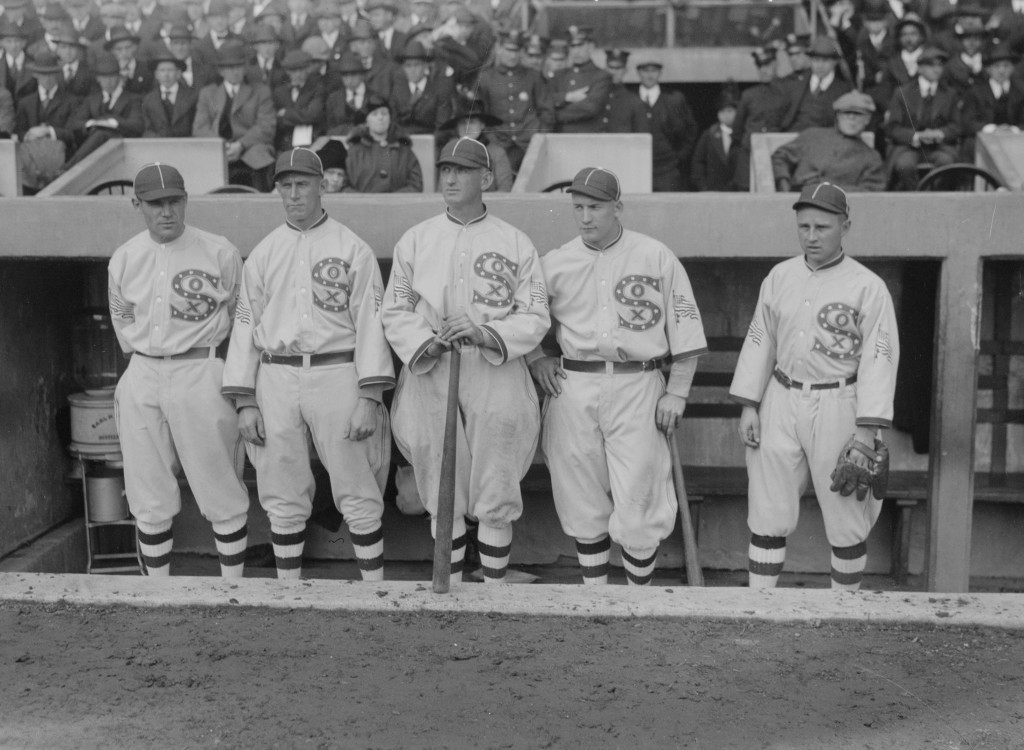 On August 2, after the jury deliberated for less than three hours, the trial came to a close. Despite several confessions of guilt, the players were acquitted. Perhaps the twelve working­class men from the Second City identified too closely with those they had been asked to judge. Moments later, defendants, attorneys, and jurors alike were celebrating on the courthouse steps.

The celebrations did not last long, however. Kenesaw Mountain Landis, a federal judge and the first commissioner of baseball, knew he had to try to save the integrity of the sport. Doing so meant taking a measure so harsh that no player would ever again collude with bookmakers. He banned the eight White Sox players from the game for life. And that was how matters ended, until a Canadian changed the storyline.

Long after the trial, on May 25, 1935, William Patrick Kinsella was born in Edmonton. He was raised on a small farm about 100 kilometres outside the city, near the town of Darwell. His mother, Mary Olive, provided his education for the first ten years of his life. His father, John, also taught him — about the days when he had played baseball.

John had fought with the U.S. Army during the First World War and was gassed while serving as a stretcher-bearer in France. He never fully recovered — but he had known glory. After the war, John returned home and played some semi-pro ball. For a time, he lived in Chicago, where he would go to White Sox games. He told his young son about the team, the famous fix, and the eight men who fell from grace.

John Kinsella died from cancer before his only child graduated from high school, but with Shoeless Joe, the novel that began with a short story at the Iowa Writers’ Workshop, W. P. Kinsella reimagined that part of the story. In the book, Kinsella inserted a romanticized version of his baseball-loving father, with whom, in real life, he had experienced a difficult relationship.

Shoeless Joe functions as an act of renewal on multiple levels. In Kinsella’s rendition, the eight banned players get to come back and play the game they love. And a father and son, who had too little time together and never really understood one another, are reunited through fiction. “Tides can reverse,” the novel tells us. “Oceans can open.”

We crave restoration. We need so badly to repair what has been broken. This is one of the things Kinsella got so very right in Shoeless Joe. The ghosts of the banished players become real to us because of the single-mindedness with which the Iowa farmer toils at building the perfect field for them. He labours for three seasons to get the grass just right. A gut feeling tells him this is the key to unleashing the magic of a ballpark, which “at night is more like a church than a church.” He cares for the turf until it grows “parrot-green, cool as mint, soft as moss.” Only then can renewal begin. Looking out the farmhouse window one night, the farmer’s wife says, “There’s someone on your lawn.”

The long-ago scandal and the eight men who were caught up in it occupy an increasingly distant part of history. Yet the novel, composed as a memorial to those almost mythic events, continues to feel pressingly urgent, especially during times of collective loss. With his literary instincts, Kinsella painted the corners, and it turns out the grass was what mattered. Only acts of dedicated care can restore to us those things that are lost. Ultimately, it is that work, the hard work of love, that Kinsella’s tale so strongly commemorates. This is a truth so genuine, so much with us, that when reading Shoeless Joe after all these years or rewatching the film it inspired, we move easily into belief — accepting that when the farmer looks out at his field, he really can see Shoeless Joe Jackson emerging from the corn.