One reason Afghanistan is still at war is that its history has not yet been properly written. To put the problem another way, peace still eludes the country partly because its main challenge has not yet been fully identified — or even clearly stated. Instead, Afghanistan’s real history tends to lurk in the shadows of larger stories, those of Safavid Persia, Mughal India, the British Raj, czarist Russia, the Cold War. Afghanistan has also been a victim of endless cliché. To list just a few hackneyed catchphrases: a safe haven for terrorism, the graveyard of empires, the Great Game, the Tournament of Shadows, the Heart of Asia. Take your pick: every one is a caricature that conceals deeper complexities and simpler truths.

Phil Halton’s Blood Washing Blood is mercifully free of these defects. A former soldier, Halton has produced a serious history of the century that followed the reinstatement of Afghan independence in 1919. Amid the many stock images of families fleeing violence and Taliban “technicals” (pickup trucks with mounted guns) rolling into districts that are, sadly, once again prominent in our news feeds, Halton writes of Afghanistan’s undeniable advantages, including a sturdy national identity. While Central Asia, India, and Persia each saw a sustained Russian or British military presence throughout the nineteenth and twentieth centuries, Afghanistan was a protectorate for a time but never fully colonized. It escaped occupation in both world wars and regained independence earlier than many other Muslim-majority countries. Starting in the 1920s, it also developed constitutional, democratic, and judicial institutions that were, in several respects, unprecedented in the Middle East or even elsewhere in Asia.

In other words, despite the clouds of smoke that again billow from Kandahar in the south to Kunduz in the north, Halton’s book is a reminder that the country has always been more than a battlefield, even as it’s been at the centre of successive rivalries — first Anglo-Russian, then Soviet-American, and, more recently, Indian-Pakistani — that have defined the continent and the world. Halton lays out the intrigue, paradox, and unresolved contradictions that have made the country unstable for most of the past century, save for a few decades of reprieve, most recently when Afghanistan was a favoured destination on the so‑called hippie trail. 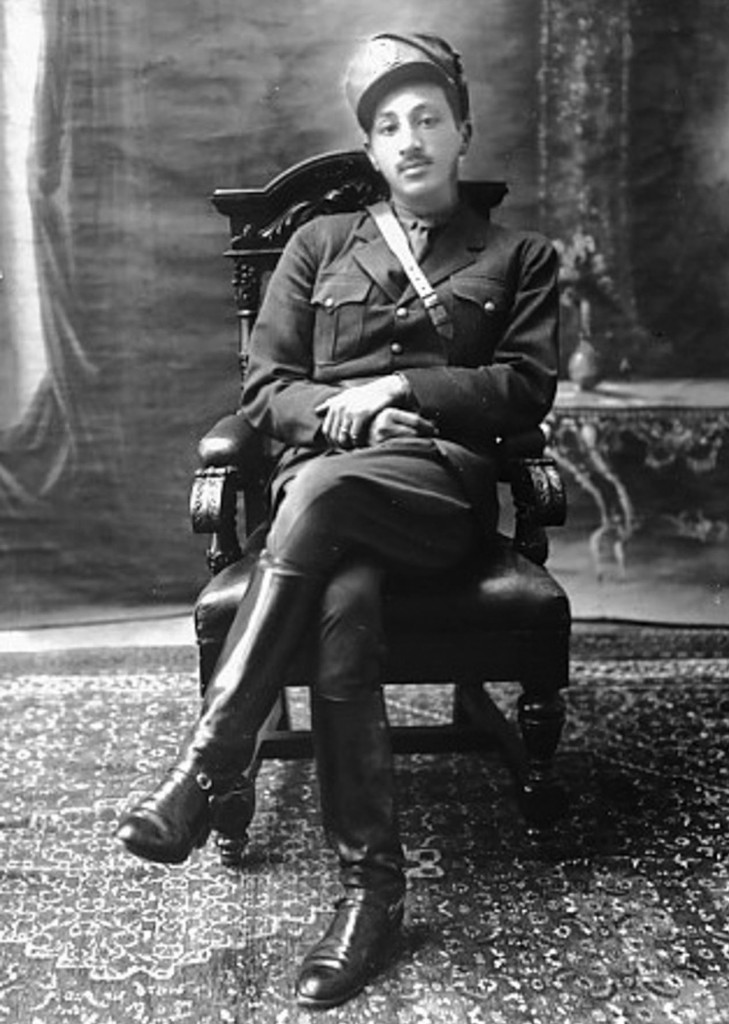 The father of a nation.
Image by Historic Collection; Alamy

Phil Halton grew up in Oshawa, Ontario. A graduate of the Royal Military College, he served with the Royal Canadian Dragoons as part of SFOR, the NATO stabilization force in Bosnia and Herzegovina, before returning to 32 Canadian Brigade Group Headquarters in Toronto. He then worked for private-sector employers across Latin America, Africa, and Asia, including as a security consultant in Afghanistan. Blood Washing Blood is refreshing because it is so obviously informed by local perspectives and a thoughtful commitment to dig deeper. (Halton has also published a novel about a village mullah, This Shall Be a House of Peace, that is a ­fictionalized origin story for the Taliban.)

Blood Washing Blood is a remarkable book. It opens with the political jostling that broke out after February 20, 1919, when Habibullah Amir was killed in a “hunting accident” that was probably an assassination. As a result of this manoeuvring, the amir’s third son, Amanullah, rose to power and became the Muslim world’s leading reformer in the 1920s. Halton chronicles Amanullah’s unanswered appeals to King George V — who, after a brief third Anglo-Afghan war, was no longer Kabul’s suzerain — to solicit support for his plan to become amir al‑mumineen, or commander of the faithful, in a new caliphate. According to Afghanistan’s most senior cleric at the time, as “the only independent Moslem ruler left in the world,” Amanullah was “now the head of Islam.” (The caliphate, of course, remains unrestored.)

Halton is particularly good on Habibullah Kalakani’s rebellion, which forced Amanullah into exile in 1929. He astutely traces the roots of the uprising not to backlash over democracy or the abolition of purdah but to tribal rivalries between the influential Shinwari and Mohmand tribes, especially over lucrative security escort services for trade caravans in the Khyber Pass. Halton is equally compelling as he chronicles the rise of the Musahiban clan of the ruling Barakzai dynasty under Nadir Shah and his son Zahir Shah; the latter reigned from 1933 to 1973, then returned to Afghanistan in 2002, where he was called the “father of the nation” until his death in 2007. Halton is also good on the shifting fortunes of Zahir Shah’s uncles Hashim Khan and Shah Mahmud, who dominated their nephew’s first two decades on the throne. He shows how Zahir Shah was later undone by his cousin and brother-in-law Mohammed Daoud Khan, prime minister for a decade after 1953, who sent the king into exile in 1973 before being himself overthrown and murdered in the first of three coups d’état engineered by Moscow.

The key to Halton’s mastery of Afghanistan’s story is his sure grasp of the interplay of administrative, agricultural, dynastic, economic, ethno-linguistic, religious, social, tribal, and regional factors — none of which can be ignored. Afghanistan’s identity politics (for lack of a better term) has always been stronger than any army. By striking the right balance, Halton puts his book among the very few single-volume histories of Afghanistan that are indispensable — alongside those by Louis Dupree, Martin Ewans, and Thomas Barfield. Yet it was disconcerting not to see Ghulam Mohammed Ghubar’s two-volume Afghanistan in the Course of History and M. Hassan Kakar’s Political and Diplomatic History of Afghanistan, 1863–1901 listed in Halton’s bibliography. Both are sine qua non.

Since 1800, Afghanistan has endured forty years of war with Anglo-Sikh armies; forty years of forfeited independence and reduced borders as a protectorate of the British Raj; and over forty years of proxy war waged covertly by Pakistan’s military. Sustained peace came only between 1842 and 1878, then briefly in the 1920s, again between 1947 and 1952, and for a decade after 1963 — barely a quarter of this 221-year period. Lasting peace means ending the proxy war waged by Pakistan since 1978 and intermittently by the British for more than a century before 1947. But on this, you will have to read Carlotta Gall’s The Wrong Enemy, Christina Lamb’s Farewell Kabul, or Steve Coll’s Directorate S — all also sadly missing from Phil Halton’s bibliography.

Chris Alexander served as Canada’s ambassador to Afghanistan from 2003 to 2005.

One of the reasons that I write history is that I believe through applying analysis and structure to the past, we can sometimes provide useful context that aids us in understanding and solving present problems. In his review of my new book, Blood Washing Blood, Chris Alexander rightly points out that the conflict in Afghanistan continues, in part, because the social issues at its heart have yet to be fully defined or widely understood. At worst, these issues are completely ignored in favour of a Western-focused approach to the problem that almost entirely misses the point.

I intended to achieve two things with my book. First, I hoped to broaden the discourse in society...