Grand Transitions: How the Modern World Was Made

There is no shortage of ambition in Grand Transitions: How the Modern World Was Made. The latest of Vaclav Smil’s more than forty titles, this book roams impressively around the globe and across five centuries as it asks big questions and searches for big answers. Its first sentence —“What makes the modern world work?”— leaves one cheering at the sheer audacity of the author’s goal but also puzzled at the presumption that any single volume could do the question justice.

Smil, a distinguished professor emeritus at the University of Manitoba, has a strategy. He identifies five epochal transitions over the last half millennium that, taken together, have made us who we are as a species. For him, this is not about literary trends or philosophy. Nor is it about war or politics, let alone gender or race. It is about the non-event histories of long-term processes — many of them rooted in technological change — that have transformed the ways we live our everyday lives. His five-pack of grand transitions encompasses population, agriculture and diets, energy, economy, and environment. Readers should be ready for statistics and graphs. Smil unapologetically believes the only way of tracking his transitions is with plenty of stats: “This book’s very raison d’être is to explain the genesis and follow the trajectories of these undeniable improvements by resorting to (some may feel) excessive frequency of numbers.” While this approach doesn’t always make for the smoothest prose, his figures often have a surprisingly revelatory power.

Smil’s transitions are reminiscent of high school lessons. Who can forget geography classes on the threefold shift from agriculture to manufacturing to the service economy? Or biology classes about the genetic engineering behind the mid-twentieth-century green revolution that boosted crop yields? Yet anyone who hasn’t read about these subjects since graduation will be awestruck by the amount of research that has gone into these vaguely familiar stories. Smil pulls recent studies together, throws in a few of his own, offers interpretive twists, and fills his account with delicious nuggets of information. (This book actually got me in trouble at home, as I kept asking my family, “Did you know . . .” about some gem of an anecdote.) 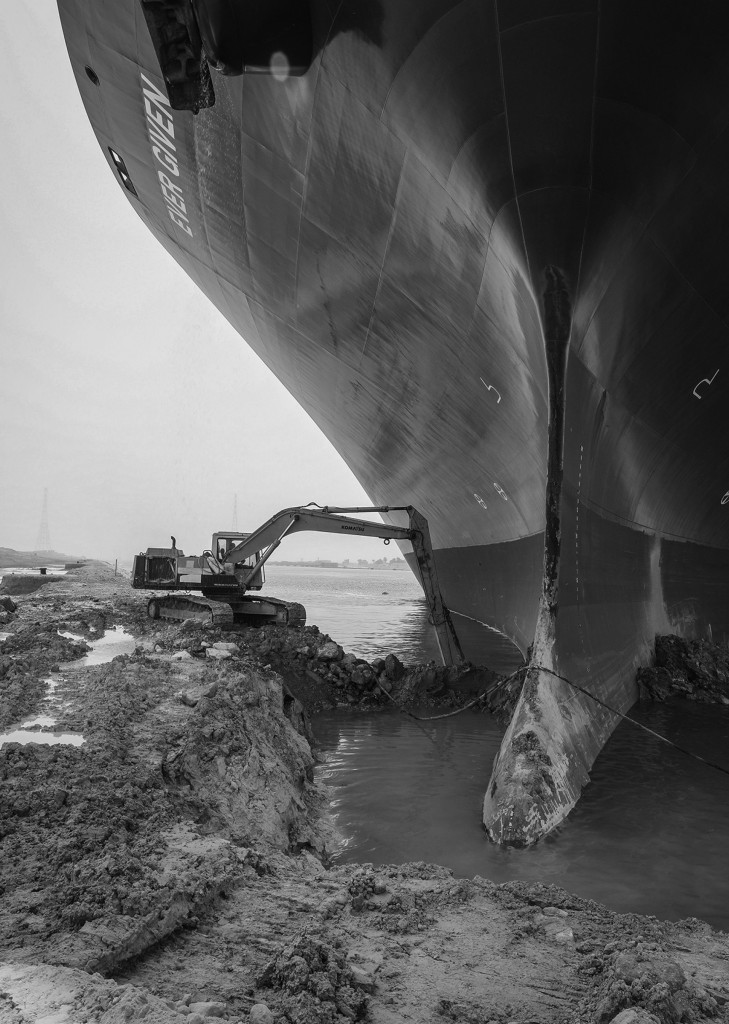 At first glance, Smil’s quintet of transitions suggests an impersonal, longue durée hist­ory. But readers will discover their own experiences in his pages and will find themselves framing contemporary newspaper headlines within the sweep of his narratives.

When I read recent articles about adult diapers outselling baby diapers in Japan and about Spain appointing a sex czar to boost the birth rate, I couldn’t help but think of Smil’s first instalment: the demographic transition. He shows how populations growing slowly before 1800 zoomed upward as mortality rates declined — a trend that continued until the 1960s and put so much pressure on our planet. Since then, continued growth has been blunted by the lowering of fertility rates to the point that in much of East Asia and Europe, populations are not being replaced. National demographic profiles in about thirty countries now skew toward the elderly, and this imbalance is expected to be found in as much as 70 percent of the world by 2050.

The diet fads we hear about — keto, flexitarian, paleo — all make more sense in the context of agriculture over the past 500 years. The astounding productivity gains in farming and the shift away from primarily staple crops have created what Smil calls “frankly gluttonous populations,” especially in affluent countries. Not only do we eat too much, we waste too much — and Canadians are among the worst offenders, throwing out an estimated 58 percent of the food we produce and process. Yes, the intensification of agriculture has eliminated famine in much of the world. But, as Smil points out, it has been terrible for the planet. His discussion of toxic polyethylene plastic film, which covers millions of hectares of farm land in order to reproduce a greenhouse effect, leaves us shaking our heads at always-in-season vegetables.

The challenge for Smil is how to bring the vast complexity and diversity of half a millennium together. His choice of five transitions to explain how we got to this point in human evolution invites a question: Why these five? Smil doesn’t offer an explanation, though each is generously open-ended. Yet Grand Transitions is defined as much by what Smil leaves out as by what he emphasizes. Like all challenging books, it will inspire readers to ask even more questions.

For example, where is the politics in these transitions? One effect of an impersonal perspective is a sense of inevitability. There are no people arguing, making decisions, or offering alternatives. Smil nicely traces the shift of people from the countryside to cities, yet in quantifying the rates and significance of urbanization, his history glosses over how this transition benefited some groups, made others more precarious, and was riddled with violence. Even a quick look at this year’s headline-grabbing farmers’ protests in the Punjab shows that residents of rural areas do not just become surplus populations who “choose” to leave because of demographic growth and mechanization. There is much more at play.

Others might ask about racial politics. The history of our times, as W. E. B. Du Bois put it, is the history of the colour line. Anyone who takes Du Bois at his word will wonder whether many of the book’s stories — of income inequality, life expectancy variations, or divergent experiences of environmental degradation — are complete without accounting for the ways racial politics has shaped their fundamental dynamics, or vice versa. Because Smil’s descriptions, analyses, and explanations make no mention of race, the result is unfortunately colour blind.

Still others might ask about the very conception of the global. Five hundred years ago, a book that concerned our shared experiences and stretched across six continents simply could not have been written. The centuries-long development of the very idea that we are all situated in a shared planetary ecosystem is a transformation of its own. But Smil does not incorporate shifting world views and the way we consciously conceive of ourselves in modern times.

“Smil’s choice of five transitions to explain human evolution invites a question: Why these five?”

My own question would be, Where’s the money? When Smil traces the stunning expansion in freighter capacity, which has led to monstrous ships capable of blocking the Suez Canal, there’s little sense of who is paying for the ever-increasing efficiency of these behemoths. Back in the early 1600s, the founding of the Dutch East India Company as a joint stock company was groundbreaking because it meant more investors could help raise more money for more ships. Ever since, people have been coming up with innovative financial instruments to drum up capital. How is the money generated to underwrite all the activities that drive Smil’s transitions?

Or, to put it more bluntly, is there a modern world without capitalism? Smil doesn’t seem keen on asking such a question. He makes clear his aversion to unifying theories and overarching explanatory frameworks. He doesn’t favour economists, either. Fair enough. Yet however fascinating his empirical approach, his numbers often generate a sense of floating along with trends without delving into deeper explanations. For all his desire to avoid tidy answers, there is an artificial neatness to his history as he sidelines the messiness that politics, money, and violence — all key drivers of his transitions — inevitably bring.

Smil is also careful about making predictions. He’s not fond of “catastrophists” who issue dire warnings about what will happen by year such-and-such. Nor does he have much patience with technical optimists, who believe some inventor will magically discover a gizmo that will save us from the problems we’ve created. Instead, he offers a measured take on our current dilemma: food, energy, and economic production has outpaced population growth, which has led to significant per capita gains — a good thing, to be sure. But these gains have not been shared equally among nations. At the same time, the gains of rich countries have come at the cost of weakening “the biospheric foundations of human existence.” The challenge is how to allow the planet to heal while still enabling less advantaged regions, where much of the future population growth will be, to participate in the gains enjoyed by the affluent. Smil’s account lays the responsibility on countries like Canada, which have benefited the most from the five transitions and whose resulting lifestyles have historically contributed most to destabilizing levels of pollution. Lest Canadians assume they are somehow virtuous and exempt from criticism, Smil offers plenty of eye-opening examples. Consider, for instance, that we have the highest amount per capita of heat-trapping paved surfaces in the world — 350 square metres per ­person (smaller than a basketball court but ­bigger than a tennis court).

Smil insists there are no quick solutions. This unsettling point comes across most powerfully with regard to our ongoing addiction to fossil fuels. For all the media talk about how a shift toward alternative energies is under way, the first twenty years of the century witnessed a 2 percent annual growth in the use of fossil fuels. In 2019, they still supplied 85 percent of our primary energy. A full transition, if even possible, will require a multi-generational effort.

In his final chapter, Smil suggests we are entering another transition, but not one likely to lead to an imminent apocalypse, though the specifics are difficult to forecast. By this point, Smil’s five transitions begin to look more like five deep ruts. It is precisely because these are what made us who we are that they are proving so very difficult for us to abandon. And although Smil doesn’t quite say it, the implication of this stimulating book is clear: the only escape is the grandest transition of all — to transform who we are.

Andre Schmid has taught history at the University of Toronto for over twenty years.

Andre Schmid: “This book actually got me in trouble at home, as I kept asking my family, ‘Did you know . . . ’ about some gem of an anecdote.” Same, Andre. Same.