In late spring 1956, a sudden heat wave swept across southern Ontario. On June 12, record temperatures of 94 degrees Fahrenheit were linked to four fatal heart attacks. In Cooksville, a court session ended early because of the unbearable heat, while magistrates in Toronto elected to remove their gowns to continue hearing cases. Three days later, as the heat wave’s end was nigh, the Globe and Mail reported on “two freak dust storms,” which “kicked up black clouds and whipped winds to miniature cyclone force” in Dundas and Ancaster. Meanwhile, a wildcat strike broke out at the CBC in response to “intolerable conditions inside, where the temperature rose to 90 degrees,” and fifty-five forest fires raged in the northern part of the province. Two weeks earlier, there had been a frost warning.

The 1950s saw heat waves across the continent, along with a marked increase in the sale of electric air conditioners, first installed back in 1902 by Willis H. Carrier. Print advertising helped move the cool air into the home. Some pitches, such as Barnett and Logan’s, were direct: “Air Conditioning will keep you cool and comfortable.” Others were flashier, like Howard Air Conditioning and Heating’s half-page ad for “Man-Sized Air Conditioning,” which featured two paragraphs on the system’s selling points. “Yes, here’s effective, big-capacity air conditioning,” it said of the company’s Mighty Powerpact Refrigeration Unit. Next to the text, an illustrated man with a George Jetson nose and a pipe reclined in his chair, gazing contentedly at a box before him: not the television, but that Brobdingnagian marvel.

Around the time of the June 1956 heat wave, William Small, the president of the Toronto Metropolitan Home Builders’ Association, extolled the virtues of domestic AC in an advertorial titled “Added Pleasure: More Homes Are Being Equipped with Air Conditioners.” After praising man’s ingenuity and the relief that came with the increasingly affordable systems, Small remarked (a touch ominously), “I believe that air conditioning will be regarded almost as much of a necessity as a heating unit in homes of the future.” He wasn’t far off. 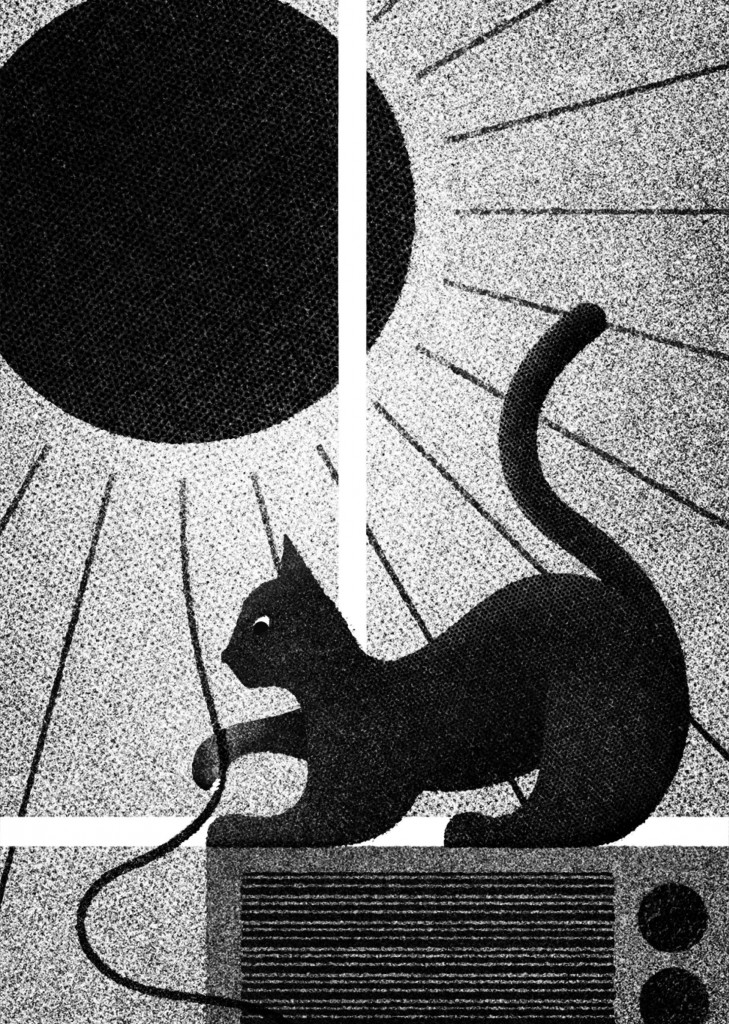 This could be bad.
Image by Karsten Petrat

In his new book, After Cooling: On Freon, Global Warming, and the Terrible Cost of Comfort, Eric Dean Wilson makes a compelling case that the North American sense of “comfort” has become practically synonymous with “necessity.” The changes wrought by the postwar housing boom didn’t help. Architecturally, some neighbourhoods in Dallas are indistinguishable from those in Calgary, despite the drastically different climates. In most suburbs, mass-produced houses with bad air flow were isolated and surrounded by asphalt, concrete, and cars (which first featured AC on wheels in the 1930s). Many urban high-rises are no different: think of the people on the West Coast who suffered greenhouse-like conditions this past summer. With drastically increasing temperatures (averages are already 1.7 degrees Celsius warmer than they were not long ago), it feels as if we’re not in Canada anymore.

Chilled air permeates our spaces — town and country — and our culture. In the “Indian Summer” episode of Mad Men, a slick salesman enters the suburban home of Betty Draper to measure her windows and identify places where cool air is escaping. Although she declines the installation (perhaps a double-entendre), she later fantasizes about the rep.

Cool air has a real link to intimacy: it’s no coincidence that with the popularization of air conditioning, conception rates increased in the summer months. May, nine months after the swelter of August, used to see the fewest births, particularly in places that got really hot. That dip began to disappear in the 1960s and now no longer exists. Sex is simply less complicated if we’re feeling comfy, and the promise of pleasure is something worth investing in. Consider the Seinfeld episode in which Kramer “installs” a window unit in Jerry’s apartment — even though Jerry hates air conditioning. But Jerry’s new girlfriend, Amy, “doesn’t like the temperature up here,” Elaine taunts. “She’s a little ­hawwwt.” In a faint echo of mid-century Howard Air Conditioning machismo, Kramer sings the praises of the Commando 8’s 12,000 BTUs of “raw cooling power” and proceeds to set the thing precariously onto the windowsill, pull down the blinds, and proclaim, “Installed!” If only it were that easy.

Installation is a little more complicated than Kramer would have it, but that hasn’t dissuaded customers. In 2009, about half of all Canadian homes had some form of air conditioning — usually central air, though stand-alone units were also popular. Eight years later, 60 percent of homes had it. Some places saw little change: Manitoba, for instance, is still the most air-conditioned province, with 80 percent of households equipped for the scorching heat. But other areas that historically have not needed AC, like British Columbia, have seen usage triple. After summer 2021, future increases are likely to be even steeper.

Trying to suck and blow at the same time, the media discourse around the West Coast heat dome in July practically proclaimed air conditioning a necessity — not a luxury for our comfort — while it also acknowledged climate change as the cause of the deadly temperatures. True, AC would have saved the lives of many people and their domesticated animals. But our use of coolants also heats up our environment. Even geothermal heat pumps, recently touted for their decreased carbon emissions, use “ozone-friendly” refrigerants like R‑410A, which often have an even bigger global warming potential than carbon dioxide. To complicate matters, there’s a lot to suggest that the stratosphere cools in response to climate change, making it easier for the hole in the ozone layer to grow. As it is, the hole returns, to varying degrees, every year from about mid-September to late October.

It’s easy for short-term solutions to become long-term problems. No amount of air conditioning could have saved Lytton or Monte Lake, and no quantity of “man-sized” comfort inside can save us from the fires that threaten from without. Our little garrisons have been built to be both precious and precarious. But if we are to survive, we might need something tougher and less indulgent than AC (rethinking building codes, for instance, and reviving passive air-conditioning techniques that go back millennia).

This will not be easy. In that episode of Seinfeld, the hubristic attempt to control the temperature backfires when the hastily installed unit falls out of the window, after Kramer characteristically slams a door. As it tips into the abyss, he leaps across the room, in a failed attempt to save the day. Oh, the lengths we will go to for our air conditioning!

Great piece. The brighter the spotlight we aim at air conditioning, the better!