The Bomber Mafia: A Dream, a Temptation, and the Longest Night of the Second World War

The Allied bombing campaign of the Second World War remains hugely controversial. Postwar moralists — like a few critics during the war — have accused the politicians, air marshals, and generals who led the offensive of deliberately slaughtering innocent people. As some 250,000 Canadians served in the Royal Canadian Air Force at the time, the debates over the morality — or lack thereof — of the bombings have had their fierce partisans here.

The first Canadian salvo in this exchange of charge and counterclaim was the CBC’s The Valour and the Horror, which aired in 1992. One of its three episodes dealt with the air war against Germany, and it argued that the airmen were deliberately kept uninformed by their Royal Air Force commander, Sir Arthur “Bomber” Harris. The aircrew were not told that their task was the indiscriminate dropping of explosives on civilian homes; instead, the targets were described as rather important factories and infrastructure objectives that had remained largely untouched by years of bombing. Given that German war production kept on churning out matériel into 1945, was the campaign a waste of the 56,000 Bomber Command servicemen shot down and killed — 10,000 Canadians among them?

The RCAF veterans, outraged by The Valour and the Horror, believed that they and their commander had been slandered, and they launched a major public, legal, and political campaign against the CBC. Their move failed in court, and the media generally opposed their efforts. But the veterans won the support of a Senate subcommittee that faulted the production, claimed by the producers to be “bulletproof,” for its many factual errors. That committee verdict was a pyrrhic victory, however, much as was the Allied bombing that killed some 600,000 Germans, most of them civilians. 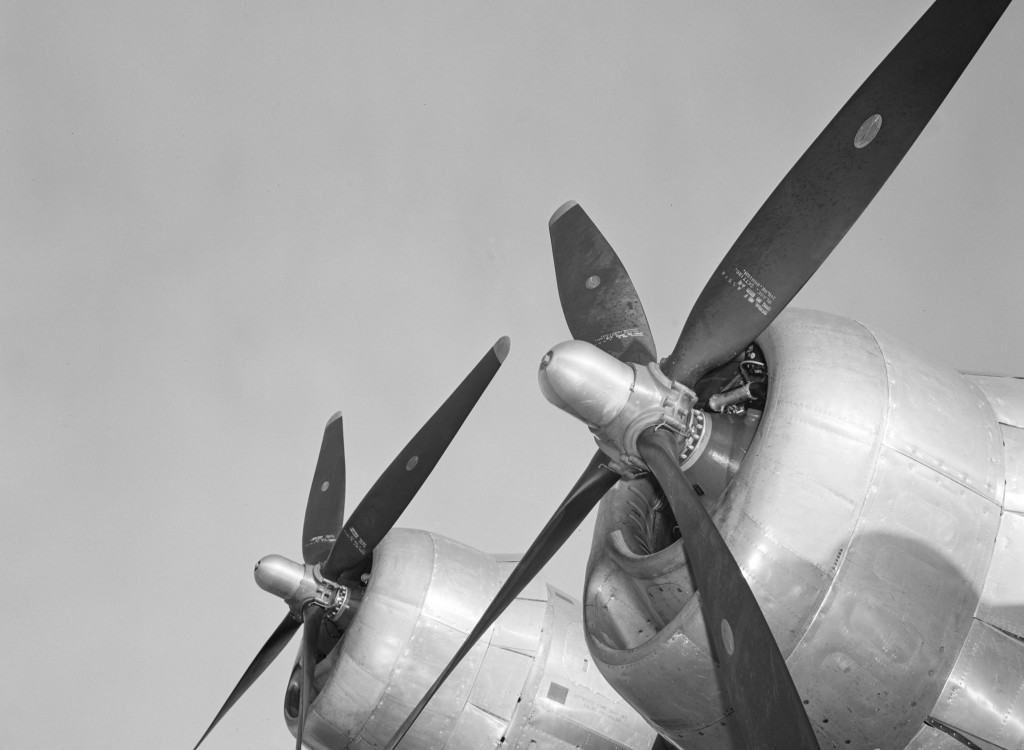 Unfortunately, little of this history makes its way into Malcolm Gladwell’s The Bomber Mafia, and the book would have been more complete if it had. Gladwell, the best-selling author of a succession of quirkily interesting volumes, first explored the outlines of this story on his Revisionist History podcast. His focus here is the United States Army Air Force as it developed its bombing strategy in the interwar years.

The so-called mafia of Gladwell’s book, a handful of outcasts based at Maxwell Field in Alabama, believed that the Great War had been a slaughter that need never be repeated. What if the fight could be won from the air through surgical strikes — without the millions of dead in the trenches? The theorists believed this could happen if only there was an effective aiming device. And by the early 1930s, the Norden bombsight, developed by a Dutch inventor living in the United States, was in their hands. The Norden, they said, could put a bomb in a pickle barrel from 30,000 feet. Finally, the mafiosi believed, there was a moral way to win a war with minimal casualties and no huge armies. The intent was laudable.

High-altitude daylight precision bombing soon became the USAAF’s doctrine, and when U.S. airmen began reaching Britain in large numbers in late 1942, the doctrine became fact. The August 1943 attack on the ball bearing factories in Schweinfurt, a target chosen by an idealistic senior officer named Haywood Hansell, was among the first. The problem was that only eighty bombs of the more than 2,000 dropped hit their targets; ball bearing production was only briefly disrupted. Very simply, the Norden bombsight proved less effective in operational use than had been expected in peacetime.

The Norden required a visual sighting of the target, but bad European weather too often made precision an unattainable goal. Moreover, the high casualties that the Luftwaffe and German anti-aircraft guns inflicted on the daylight attackers were daunting — at Schweinfurt, some sixty B‑17s were shot down — and by 1944, the Americans had effectively abandoned precision bombing and adopted the same area attacks on Germany that the RAF’s Bomber Command employed.

Even before it was abandoned, not everyone in the USAAF believed in precision bombing. One who did not was a young general named Curtis LeMay. He had led the attack on Schweinfurt, but he was contemptuous of the “swivel-chair target analysts back in the Pentagon” (he meant officers such as Hansell) who had seized on eliminating ball bearing factories as “something to win the war the easy way.” As LeMay put it, “There ain’t no such animal.”

“Not everyone in the USAAF believed in precision bombing.”

Both Hansell and LeMay ended up leading the Americans’ newly developed B‑29s in attacking Japan’s mainland in 1945. This was no easy task. The Pacific Ocean was vast, and it was not until the Marianas were captured at high cost that the planes could reach Japan some 1,500 miles away and return to base. What’s more, the jet stream, then almost literally unknown, added roughly 125 knots to the Superfortress’s speed — and completely disrupted the effectiveness of the Norden bombsight.

Precision bombing wasn’t working any better against Japan than it had against Germany. But for years, American strategists had known that Japanese homes were constructed mainly of wood. Fires alone could destroy vast urban areas. What was needed was a new kind of bomb, and in 1942 chemists at Harvard duly produced napalm, which scattered a burning gel on explosion and created uncontrollable flames.

The true-believing Hansell was reluctant to abandon precision bombing, so his superiors sacked him in January 1945. In his place came LeMay, a commander who wanted to beat the enemy and who was willing to use any weapon that moved him toward his goal. Napalm was that weapon, and LeMay believed that using it against Tokyo and other large cities would bring victory closer. As he said after the fact, “War is a mean, nasty business, and you’re going to kill a lot of people. . . . To me the best way of minimizing it is getting the war over as quick as possible.”

On March 9, more than 300 of LeMay’s B‑29s, loaded with thousands of napalm incendiaries, took off from Guam, Tinian, and Saipan. Gladwell describes the planes as “an armada.” There was no pretense of precision bombing, and the aircraft flew low under the jet stream. Their target was not a road intersection or a large building as was the norm; instead, LeMay simply told his pilots to head toward a dozen square miles of central Tokyo, where tens of thousands of workers lived.

The glow from the resulting blazes was visible 150 miles away, and as many as 100,000 Japanese died in six hours. “It’s all ashes,” one senior officer said when he saw the photographs after the “longest night” of the book’s subtitle. Over the next six months, LeMay’s men attacked sixty-seven cities, raining fire from the skies and killing as many as 500,000. Even after the atomic bombs were dropped in early August, the raids continued. The Japanese capitulated shortly after, but LeMay, as Gladwell notes, “always said that the atomic bombs were superfluous. The real work had already been done.”

Gladwell quotes an American air historian who once spoke about the incendiary attack on Tokyo to an academic gathering: “One of the senior Japanese historians there stood up and said, ‘In the end, we must thank you, Americans, for the firebombing and the atomic bombs. . . . We would have surrendered eventually anyway, but the impact of the massive firebombing campaign and the atomic bombs was that we surrendered in August.’ ”

Millions of Japanese would have starved to death if the war had continued, and if Japan itself had been invaded, there would have been huge casualties on both sides. A Canadian infantry division had begun training to join in the seaborne assault; it too would have suffered heavy losses at the hands of diehards who were expected to resist to the end.

Gladwell’s surprising conclusion is that LeMay’s ruthless efforts to burn down the cities “brought everyone — Americans and Japanese — back to peace and prosperity” more quickly than precision bombing could have. Painting LeMay this way is hard to swallow, but Gladwell is correct that the technology needed to achieve precision simply did not yet exist, the Norden bombsight notwithstanding.

Today, high-altitude precision bombing is almost the norm. An air-to-ground missile launched from a stealth fighter or drone, for example, can take out the chimney on a dwelling, leaving the rest of the house intact. “Curtis LeMay won the battle,” Gladwell reasons in the last lines of his book. “Haywood Hansell won the war.” Killing from above is surely more efficient today than it once was, but as to its ruthlessness, Gladwell is surely naive. The killing goes on, and LeMay is still the winner.

Re: “Over Tokyo,” by J.L. Granatstein

By 1945, Japan was no longer a threat. Nearly all of its conquests (often of European and American colonies in Asia) had been reconquered by the Allies. It was losing China. Russia was planning to attack Japan’s first conquests in Manchuria. Japan knew its dream of an Asian empire was long over. Where was the threat that required the criminal destruction of so many cities and civilians?

No less a military strategist than General Dwight D. Eisenhower stated, after Hiroshima, that Japan was seeking some way to surrender with minimum loss of “face.” He was not alone.