In her 2019 memoir, Shame on Me, Tessa McWatt recalled a time when a teacher asked her, “What are you?” She was just eight years old, but she had a kaleidoscopic lineage: Guyanese, Canadian, Chinese, Portuguese, Indian, Arawak, Scottish, English, and French. Her great-great-grandfather was the cousin of an overseer on a sugar plantation in the former British Guiana; nothing is known about his African wife. Generations of her family “pulse with miscegenation.” Navigating the issue of belonging must be akin to jumping from one moving ice floe to another.

The tug-of-war of identity is the subject of McWatt’s seventh novel, The Snow Line. Different from many fictions about immigrants, the novel explores more than the disorientation of adapting to life in a strange land. The narrative is concerned instead with the often mixed-race second and third generations — those who, to borrow from Thomas Wolfe, do “go home again,” in hopes of finding connection.

The novel begins with a wedding at a resort in India’s Punjab. Three of the main characters are guests. The fourth, Yosh, is a yoga teacher from Vancouver who has reluctantly taken a job at the venue. Yosh’s family was “once deemed untouchable,” but they escaped a life of poverty and persecution to reinvent themselves in America, where his father established a successful shoe business. As a young man, Yosh rejected his father’s materialism and embraced Buddhism — not in India, but in New York. “People think India is spiritual,” he says. “It is and it is not. It is many things, including the opposite of spiritual.” 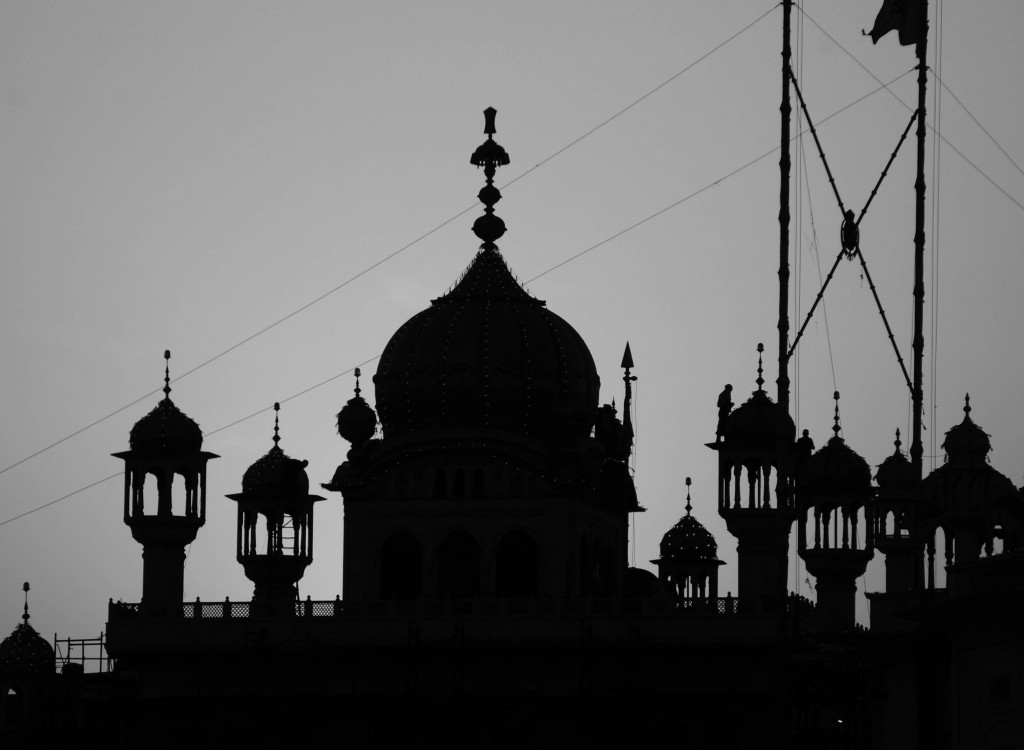 To contemplate a long-ago atrocity.
Image by clara giraud; Flickr

Monica, the bride’s Canadian cousin, lost her banking job as a result of the financial crisis — a setback she has yet to reveal to her family. This is her first trip to the country her parents came from, and she immerses herself in guidebooks, buys numerous trinkets, and has a camera always to hand. She will worry about her career later; right now, she is on holiday. Monica is efficient and orderly, a doer not a thinker, and despite her preference for hotel rooms with toilet paper, she is alternately enchanted and disgusted by the chaos of Pathankot.

Reema, a professional singer, whose uncertainties the novel is most concerned with, went to boarding school with the bride. Reema was born in Punjab, where her mother still has family. Her father, a musician who is half Indian, was raised in the States, though he moved away to discover his roots. But India proved to be a disappointment: “His upbringing in California had inspired dreams that couldn’t come true here.” Shortly after Reema was born, the family relocated to England. Like her father before her, she is hungry to find her Indianness, even if there, “she is white enough to be a Bollywood star,” while in London, “she is black enough to be suspect.” Meanwhile, Reema’s Scottish boyfriend (who, to her dismay, is a fan of Rudyard Kipling) waits for her to return — and for her to make up her mind about who she is.

As the guests gather for the week-long festivities, Reema befriends Jackson, an eighty-six-year-old widower and a friend of the bride’s father. He is another person for whom home has always been a moving target. Born in Liverpool, he moved to Alberta as a child, and then to the Niger Delta, Caracas, Nairobi, Brunei, and Brazil, as his father, an engineer, followed the oil. His own profession, as a dam builder, took him on a similar peripatetic course until he and his late wife, Amelia, settled in Boston. He has brought her ashes over with him in a tea canister. The only constant he has left is the coin he has carried in his shirt pocket for fifty-four years. Meeting Reema unlocks something in him, splintering his veneer of certainty and revealing a complicity he can no longer deny.

When Monica announces that she and Yosh plan to drive north toward the Himalayas, Reema invites herself and Jackson along. Recalling that “Amelia loved the snow, loved the window-sill-high piles of it in their front yard,” Jackson decides to scatter her ashes up in the mountains.

Their trip becomes a quest of sorts, a journey toward “the jagged icing of the snow line,” which, Yosh points out, “has been receding.” Most of the action takes place inside the heads of Reema and Jackson, as they confront past sins and future consequences. Monica, with her pragmatism and lack of introspection, and Yosh, with his mindful, in-the-moment knowingness, act as foils to the swirling confusions and cascading uncertainties that push Reema and Jackson on a precipitous path, higher and higher, toward their respective fates.

Reema’s ultimate destination is Amritsar, where in 1919 British troops brutally massacred more than a thousand peaceful protesters. As she walks the dusty streets and visits the Golden Temple and the guest house where Jackson stayed as a young man, she contemplates the city’s long-ago atrocity, feeling both responsible and devastated, “as though her English great-grandfather himself had gunned down her Indian great-grandfather. There was never any way that this could be reconciled inside her.”

McWatt’s third book, This Body, was driven by the overarching question “How does it feel to be an echo?” With The Snow Line, she seems to say that whether we are born into privilege or into disadvantage, none of us can escape the ethnically divided and unjust hierarchies of hist­ory. Yet we are so much more than the sum of those parts.

Cecily Ross, a contributing editor with the magazine, wrote The Lost Diaries of Susanna Moodie, a novel.