An epic history deserves dramatic chronicling, and Cuba is a country with such a history. Given its outsize impact on the world, the island nation is often understood as a small place with a large foreign policy. With Cuba: An American History, the scholar Ada Ferrer tells the latest five centuries of its sweeping story in a beautiful book. The clever title signals her framework: no nation is ever truly an island, and this one has always been intimately connected to its neighbour to the north — and vice versa.

If, like the many Canadians who would typically descend upon Cuba at this time of year, one harbours an image of the country’s past that begins and ends with the 1959 revolution, it might be tempting to flip to the last third of Ferrer’s book, where her storytelling powers are on full display. And, truly, what is more dramatic than the Cuban Revolution? But skipping ahead would be ill-advised. As Ferrer writes, people interested in Cuba “often make the mistake of thinking too much about Fidel Castro.”

This book is most definitely a political hist­ory, but it doesn’t end there. Taking Howard Zinn’s advice to not “accept the memory of states as our own,” Ferrer has woven the strands of political and social history together into a novel combination: Cuba integrates the rigours of academic research, the narrative power of fiction, and an original analytical structure. The short chapters are even subdivided into bite-sized sections — perfect for our distracted times. 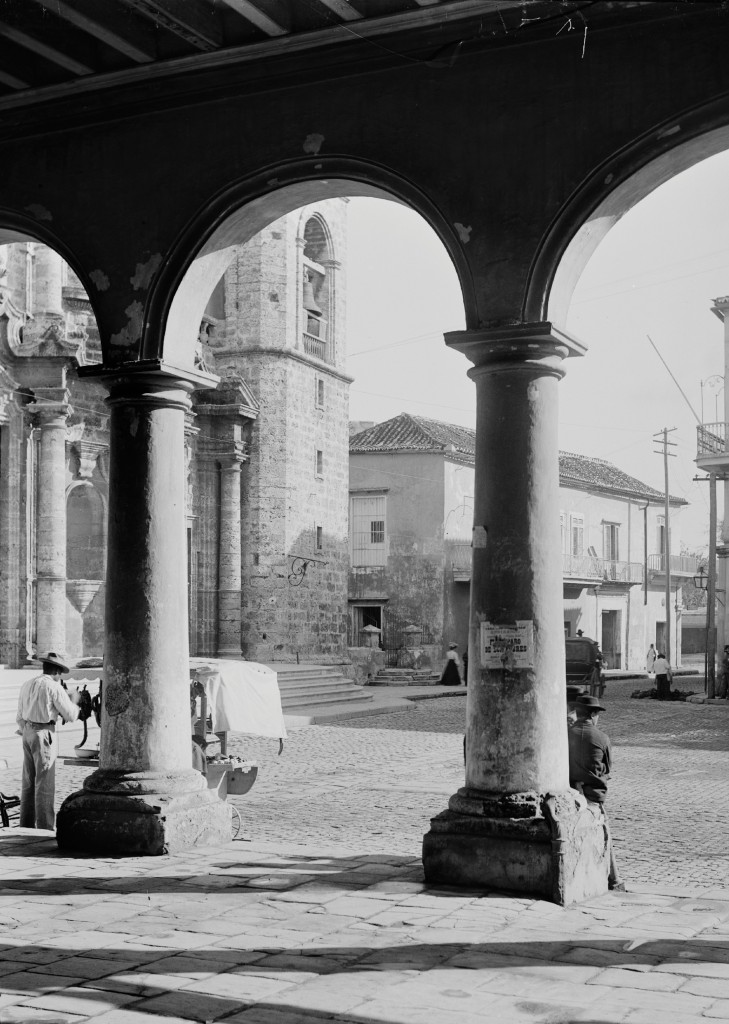 The island’s story has many dramatic arcs.
Image by Detroit Publishing Company, C. 1906; Library of Congress

Ferrer is a celebrated historian of slavery, and Cuba really shines when she explains the economic logic of forced labour as well as the emergence of Black resistance. Long after the United States, Brazil, and Spain ended their participation in the slave trade, most of the slaves transported to Cuba continued to arrive on American ships. Instead of policing the illegal activity, “the US ­consul in Havana helped run it.” This wasn’t just a matter of a few rogue opportunists and plantation owners setting up shop in Cuba (though there were plenty of both). The economics were transnational, because slavery “built ­capitalism. But neither slavery nor capitalism was ever ­circumscribed by national boundaries.” The sugar grown by slaves fuelled American industries for years after the Civil War, deeply intertwining the storylines of both countries: “Cuba — its sugar, its slavery, its slave trade — is part of the hist­ory of American capitalism.”

Slavery had distinctive features wherever it was found, and Ferrer describes in vivid detail the uniquely back-breaking labour of sugar production in Cuba. “It is a rare thing to see an old Negro,” a visitor observed in the 1830s. She also highlights one of the differences between slavery in Cuba and elsewhere in North America: the island offered various legal routes to freedom.

Slave ships first entered Cuba in 1572, and by the first decades of the seventeenth century, Africans constituted 50 percent of Havana’s population. Over time, communities of free people of colour — men, especially — emerged and took leadership positions in civic and political life, particularly in the decades-long independence movement against Spain. This was the route taken by the famed military leader Antonio Maceo and many other officers; in the final years of war, 40 percent of them were Black. The campaign featured a “profoundly diverse fighting force: former slaves and former masters, peasants and lawyers, workers and doctors.” But the vision of multiracial citizenship that emerged during the conflict was not to be. Cuban representatives were literally not at the table when Spain and the U.S. signed the Treaty of Paris in 1898. In the struggle between Cuba and Spain, Ferrer declares Washington the winner.

Throughout the twentieth century, the “independent” economy, especially the sugar industry, flourished, even as it became “less Cuban all the time.” The island’s secondary crop was tourism, which itself began a boom in the 1920s. The capital city boasted 7,000 bars in that decade, as more and more Americans came to believe The New Yorker ’s Waldo Frank, who praised Bacardi rum: “When you have drained your glass it is as if a dream lingered in your mouth.” During the ’20s, Ferrer explains, “everything seemed to be legal in Cuba,” and that created a template for how Americans understood all things Cuba — from vacationing to economics to politics — that basically lasted until the fateful events of January 1959.

Ada Ferrer is herself a product of the divide produced by the latest iteration of ­hostility between the neighbouring countries. In 1962, as an infant, she left Cuba for the U.S. in her mother’s arms. Then her mother was faced with a Sophie’s choice between her daughter and son — a heartbreaking story that Ferrer recounted in The New Yorker last year. Perhaps because of her family’s searing experience of migration, she is acutely attuned to Cuba as a country that continually overflows its ­borders. Now a professor at New York University, she has dedicated her adult life to exploring the complexities of Cuban history, “refusing the binary interpretations imposed from on high in Washington and Havana and Miami.”

The historian Rafael Rojas has recently warned about reverse colonialism: the perception that every critic of Cuba, inside and outside the country, is nothing but a ventriloquist of empire. Ferrer’s book shows how after centuries of ­conflict, nuance is both preferable and possible. She does not see Central Intelligence Agency machinations as the source of all of Cuba’s problems, but neither is she naive about long-standing American beliefs that Cuba would, as if by gravitational pull, fall like an apple into the U.S. orbit.

This book comes along at the right moment. The promises offered in the rapprochement between Raúl Castro and Barack Obama in 2016 were mostly undone by Donald Trump, and they have yet to be addressed meaningfully by Joe Biden. And even if we aren’t yet able to return to the beaches ourselves, Canadians are trying to come to grips with today’s Cuba: its puzzling mix of food shortages, civic unrest, and COVID vaccination success. Indeed, it’s a fine time to consider the deep history of animosities, disappointments, opportunism, and profiteering that has defined a diplomatic relationship and shaped the island’s industries, including tourism. But, as Ferrer points out near the end of Cuba, these relations are not always sinister. “Sometimes it was just about family and survival, longing and attachment.”

Karen Dubinsky wrote Cuba Beyond the Beach: Stories of Life in Havana. She teaches at Queen’s University.