Early on in Manikanetish, Naomi Fontaine’s spare, bone-clean sophomore novel, the narrator, a young Innu woman named Yammie, recounts the story of her grandmother’s death. It is a slow, painful exit from the world: the old woman’s body is lined with sores, the final decline months long, the terminus a hospital bed. There she spends her final days surrounded by family. But her husband, Yammie’s grandfather, refuses to visit; he says he’s watched his wife suffer enough and can’t muster the strength to now watch her die.

“How great their love must have been for a man as strong as he was, who’d faced all sorts of adversity head‑on, to feel incapable of seeing the woman of his life meet her end,” Yammie says. “Such intense love was hard for me to grasp. But I knew it was part of my heritage.”

Manikanetish — translated from the French by Luise von Flotow — is, above all else, a love story, unadorned and honest. Only 168 pages long, it centres on Yammie and her decision to return to her childhood home, the Uashat nation on Quebec’s North Shore, to take a teaching job. An undercurrent of emptiness, or at least limited fulfillment, runs through the life she is leaving behind: the big city, the doting boyfriend who promises to wait for her, all the shaky load-bearing beams that so often hold up those first few years on the other side of university. Home beckons, and, as the opening sentence states, “the return is inevitable.” 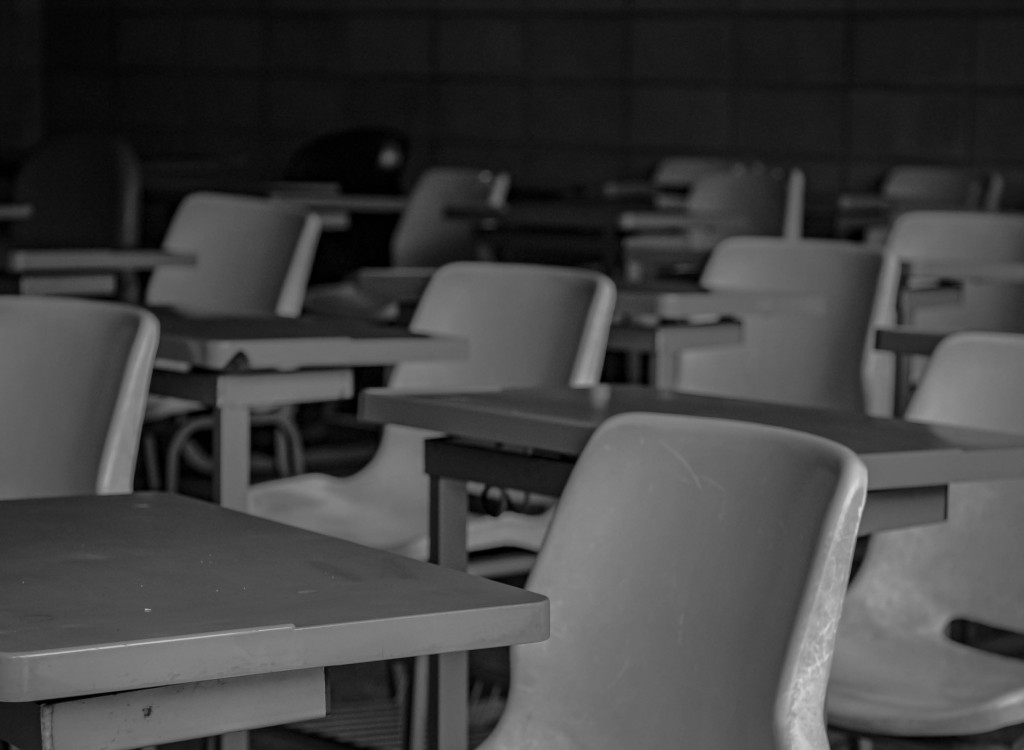 Confronting an undercurrent of emptiness.
Image by Zhuo Cheng you; Unsplash

Yammie has made up her mind. She is going back to the place she was born, and she is going to make a difference in the lives of the kids there. “I would teach them the world,” she says a few pages later. “How to look at it. How to love it. And how to do away with that static and obsolete enclosure that is the reserve, that we describe as a community only to appease the heart.”

It is entirely the fault of a decades-long parade of thematically identical cultural output that this opening journey might immediately spark a wave of low-grade panic in the reader, a dread that perhaps what follows will be a paint-by-numbers piece of feel-goodery about all the ways in which a wise or charismatic teacher can totally transform otherwise wretched or ignorant or wholly doomed students.

Manikanetish isn’t that. Nor is it quite the opposite, either — an equally well-worn story of a rudderless adult given purpose by a gaggle of life-affirming narrative devices disguised as wayward adolescents. Quietly, Fontaine obliterates both tropes with little more than utter honesty, an unvarnished account of a year in the lives of Yammie and her students, of joy and misery as they come.

There’s Marc, who’s forced to miss class to travel to Quebec City, where his critically ill mother has been taken to see specialists because “everybody knows the ones we have at the hospital here are no good.” There’s Melina, a preternaturally gifted writer who nonetheless is struggling mightily just to get through the school year. Then there’s Mikuan and her attempts to balance the demands of her schoolwork with caring for a two-year-old son. In brief chapters, sometimes only a page or two long, Fontaine introduces the reader to a group of unforgettable teenagers and — in the narrative’s most impressive achievement — the intersecting worlds they are forced to navigate, familial and communal and internal. Often the adults seem to take refuge in the notion that young people are more resilient than they’re likely given credit for. In the sweep of Manikanetish’s course of events, we are shown the subtle shades of that resilience, its contours and seams, its breaking points.

Fontaine, a member of the Innu nation of Uashat and a teacher herself, writes with restraint that never ferments into detachment. There is an immense intimacy to her portrayal of these characters, and when flourishes do show up, every once in a while, they are emotional rather than stylistic. “Had I already been humiliated because I was Innu?” Yammie ­wonders in an early chapter. “Maybe once or twice. Not enough for the shame to stick. But still, the shame was there, in my inability to identify with them. With this them that should have been us. This us that slipped down my throat whenever I was expected to explain where I belonged.”

It is this movement of plain language, used to render the emotionally complex, that gives Manikanetish much of its power. Fontaine has little interest in an overarching plot or mechanisms of contrived suspense. Other than the story’s rough coincidence with the span of a single grade, the novel is largely a collection of moments. There are offshoots that follow Yammie as she organizes a school theatrical production, as well as a couple of revelations about her personal life, but Fontaine never undercuts her scenes in service of any manufactured narrative goal. By the last few pages, some students’ stories have wrapped up definitively, some have not. Some have gone on to do bigger things, while others have stayed put. The future pulls away as surely as the past bears down.

But amid this uncertainty — Yammie’s own circumstances are in many ways just as much in flux by the end of the book as they were in the beginning — Manikanetish’s central tether is love. It is present in the way the teacher and her students come to learn about and trust one another, in the way they navigate cataclysm in their ordering of the world. Other bulwarks might fail, but this one holds.