Afterlight: In Search of Poetry, History, and Home

This beautiful memoir opens with a heartbreaking portrait of the ­author’s mother, Sabina. On her deathbed in New London, Connecticut, Sabina offered “an unexpected glimpse” into her early life with her twin, Basia, and their ordeals during the Second World War. “She knew she didn’t have much time left,” Isa Milman writes of her mother, who spoke with a “voice that took on a rushing urgency.”

Milman sat in the hospital room “with pen and paper, madly trying to capture her words.” While Sabina implored her daughter to someday share the sisters’ story —“Isa, write this down, this should be your next book!”— the notes from that day in late 2006 simply “sat on my desk for years.” Gradually, as her grief began to soften, her mother’s exhortation returned with renewed persistence.

Born in 1917 in Kostopol, a Polish region of Ukraine, Sabina and Basia were living near Warsaw with their husbands, Olek and Pesach, when war broke out. The day the Nazis launched their attack, on September 1, 1939, Olek was 500 kilometres away visiting his mother. Basia was similarly back home in Ukraine. Sabina found herself abandoned in a burning city after her brother-in-law decided to escape on his own. She eventually made it out with the help of a “kind” German soldier.

Three months later, she was reunited with her family and husband in Kostopol. “I can hear my mother gasp,” Milman writes, “see her jump up as they reach to embrace each other, barely able to breathe.” By 1940, the town was under Soviet control, though tension still ran high for its Jewish population. When Olek put his name on a list he thought would grant him access to university, he was instead marked for deportation. On hearing of the mix-up, Sabina pleaded with the soldiers to be allowed to go with him. As she packed a few things, “Basia burst into tears and sobbed uncontrollably. She couldn’t bear the thought of losing her sister again.” It was the last time the twins would see each other. 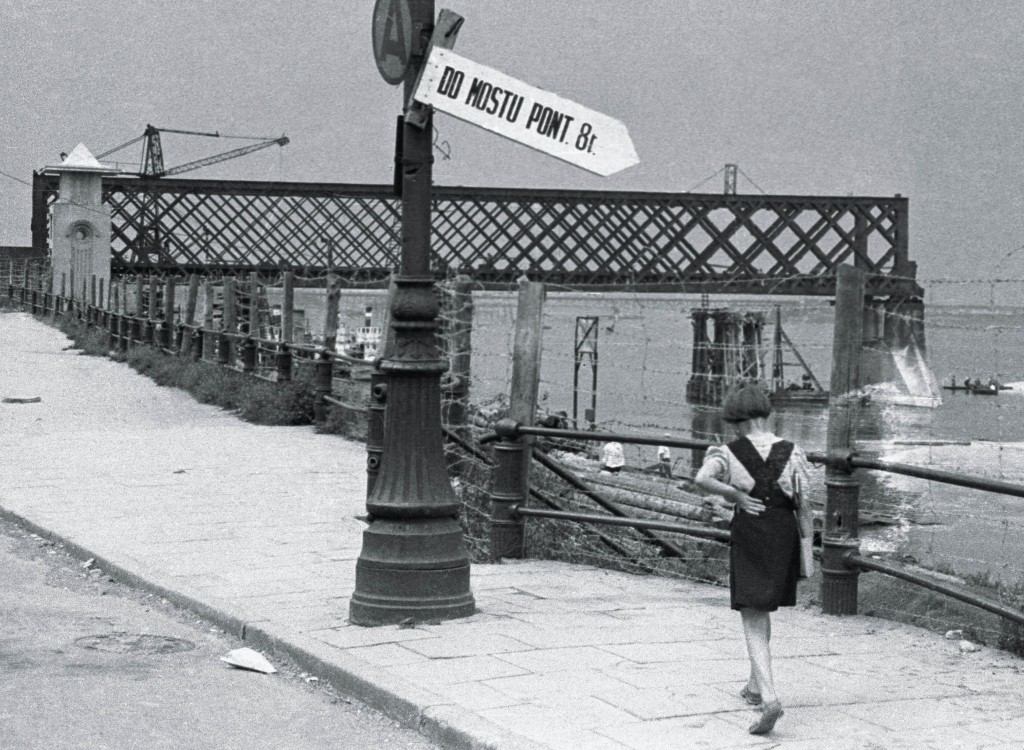 Sabina and Olek spent three years in a Siberian gulag as political prisoners before they were set free in 1943. They were then sent to Uzbekistan, where they passed the remainder of the war in relative peace. Even though life continued to be a struggle, Sabina maintained a sense of humour. As she would later tell the Holocaust Documentation Center in Miami, she was once stung by a scorpion: “Typically, to stop the venom from spreading, you apply a bandage so tightly to the area affected that it’s almost like a tourniquet, she explained.” The trouble was, she was stung on her neck. In this desert land half a world away, Milman’s parents “felt very much alone, separated from their families and fearing the worst.”

After the war ended, Sabina and Olek contacted organizations in hopes of learning what had happened to their parents and siblings. Eventually, they heard that Sabina’s three younger sisters were alive and living in Siberia. Basia had been unable to flee Kostopol after the “difficult birth” of a son left her too sick to travel. Their parents had stayed to look after her, as Pesach had been drafted into the Russian army.

During the Nazi takeover of the region, in 1941, prejudice “fermented into hatred so vile that neighbours turned into monsters.” Pesach managed to return to the town only to be brutally murdered in the street in front of his wife and child. A year later, in August 1942, Basia and the rest of their relatives were rounded up, along with thousands of other Jews, and brought to a forest outside Kostopol, “where huge pits had been dug.”

Milman’s parents were “numb with shock and grief” when they found out about those who had been forced to line up in rows, “facing the pit, mounting with bodies of their friends and family, and shot in the back of the head or neck.” For three days afterwards, the earth trembled “as those still alive slowly suffocated beneath the weight of their dead.”

Afterlight alternates between Milman’s ­difficult family history and her own present, as she tries to make sense of those long-ago events by ­visiting the spaces where they occurred. Throughout the book, she highlights the ­conflict she experiences in setting foot on “the blood-soaked earth” where her mother’s loved ones were killed. “The sound of Polish surrounding me created that peculiar sensation of simultaneous familiarity and strangeness,” she writes. “I ­recognized those sounds, but my brain couldn’t comprehend them.”

Along her journey, Milman, a poet from British Columbia, attempted to track down poems Basia had written as a teenager. Despite her best efforts, Milman was unable to find copies of the Polish magazines that had published her aunt’s work. “Even now it hurts too much, this intense longing for a conversation with Basia,” Milman writes. “We share a love of poetry, but I shall never know her, not even as smudged ink on a page.”

Afterlight is much more than a simple ­memoir. It is an ode to family and to all who suffered through the Holocaust. It is also the story of a land that is, once again, in the throes of war. Milman writes with clear, factual, and often powerful prose: “I suddenly understood that for all that is lost and cannot be recovered, what remains is love, and by love we carry on.” It’s a realization that many are surely experiencing in the place her ancestors once called home.

Zoya Merchant edits The Muslim Voice, a student magazine at the University of Toronto.