Search for the Unknown: Canada’s UFO Files and the Rise of Conspiracy Theory

In 1950, Wilbert Smith, an electrical engineer with the Canadian Department of Transport, began work on a study called Project Magnet. His research examined the potential for the earth’s magnetic fields to be used for vehicle propulsion. On the surface, it was a legitimate undertaking that fit into the department’s mandate. But what Smith didn’t communicate explicitly to his superiors was that his prime motivation was to determine how flying saucers travelled. By virtue of its sponsors, Project Magnet was Canada’s first official investigation of the UFO phenomenon.

This obscure episode is the main launch point for Matthew Hayes’s Search for the Unknown: Canada’s UFO Files and the Rise of Conspiracy Theory, an erudite and well-researched account of government inquiries into unidentified flying objects from the 1950s to the 1990s. In diving into a little-known history, Hayes focuses on the awkward and sometimes bizarre correspondence between a hodgepodge of public servants — scientists, technocrats, and military and law enforcement officers — who studied reports of extraterrestrial spaceships and the concerned citizens who queried them on the subject.

Starting in 1952, the military science agency known as the Defence Research Board took the lead in investigating what was still a new occurrence. By the time Smith’s Project Magnet was unmasked as a personal crusade and embarrassingly cancelled, the DRB had decided that reports of flying saucers were bunk. UFOs neither posed a security threat nor presented an opportunity for scientific inquiry. The board considered purported sightings to be nothing more than “misidentifications of natural phenomena.” 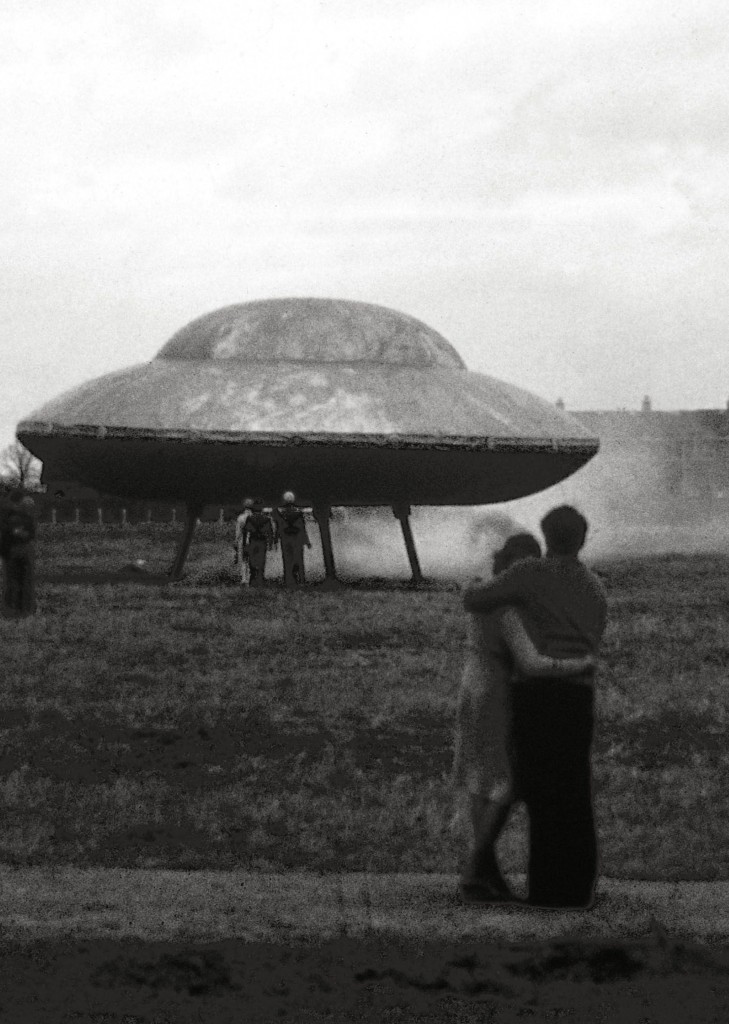 But the government still had to respond to the chatter and deal with anxieties among the general public. Hayes offers a glimpse into an uneasy correspondence that, in some cases, ran for months and even years. At first, astonished citizens sent letters politely requesting explanations from officials. Over time, they impatiently demanded information and, at times, action. Their queries were met largely with indifference and contradictions. One man from England, writing to his Department of Transport contact in Ottawa, complained of an “incredible web of evasion, prevarication, circumlocution and downright ‘double‑talk’ ” in replies he had previously received from the government. Like many correspondents, he believed that Canada was deliberately concealing the truth.

Hayes attributes part of the rise of conspiracy theory and general calls for transparency in politics to this broader dialogue surrounding UFOs. Feelings of marginalization and disempowerment, a psychological need to explain the world, and postwar anti-establishment thinking all contributed to a certain mindset: “Conspiracy theory is not necessarily the product of individual minds geared toward certain beliefs based on idiosyncratic pathologies or predispositions, but rather — at least in part — the product of wider cultural changes.” But political motives also influenced these discussions. For some, expressing a belief in UFOs was a kind of activism, “in competition with the state’s vision of an orderly, rational public.” For many in government, responding to such convictions meant an opportunity to educate Canadians about the value of science, to “produce a better kind of citizen.”

Hayes suggests that suspicion was not an entirely unreasonable reaction to a disorganized bureaucracy that had difficulty communicating its position when it came to unexplained occurrences. Indeed, such distrust must have been amplified in an era of science fiction, nuclear weapons, state secrets, space travel, runaway technological advancements, and Washington cover‑ups and scandals that increasingly transfixed the collective consciousness of North Americans. Where Ottawa’s X‑files were concerned, there was a lack of communication and coordination across departments, as well as organizational reticence and secrecy and a disinclination to take a hard stance on a topic (reflecting our national trait of “political caution”). Queries from the public were handled ad hoc and in isolation, and replies were written with a mix of evasion, ambiguity, and genuine ignorance. Numerous examples “make it easy to see how some citizens concluded that the government was covering up information.”

Although several of the UFO enthusiasts quoted in Search for the Unknown — including one who signed his letters with “X”— were either psychologically off centre or hubristic in their demands, it is hard to simply dismiss their frustration and distrust. And it may be a stretch for Hayes to characterize some of their doubts about government candour as “conspiracy theory,” especially given the degree of fantasy and mental convolution that the phrase often implies today. Governments, after all, do withhold information and mislead their citizens at times. Nonetheless, many of the public’s past suspicions around UFOs contributed to what would later become full-blown conspiracy theories.

Unexplained incidents in the United States have tended to upstage or eclipse developments north of the border, from what happened in Roswell, New Mexico, in 1947 to the more recent sightings by U.S. Air Force pilots of “unidentified aerial phenomena,” captured on video. Meticulously researched and drawing from 15,000 pages of archival documentation, Search for the Unknown is a much-needed title that fills a gap in the history of Canada’s UFO dealings.

Although Hayes doesn’t take a position on the existence of these flying objects, he peppers his book with just enough of the fun stuff to give a predominantly academic work some entertainment value. Quirky pencil sketches of spacecraft by eyewitnesses and a few compelling reports that left even the government scratching its head (google the 1967 Shag Harbour incident in Nova Scotia) are pleasantly juxtaposed with the more detailed bureaucratic record.

Ultimately, this is less a story about a power-motivated conflict that came to define a society and more a tale of a collision between two small groups: a smattering of civil servants who were hamstrung by red tape and had more pressing things to do than answer pestering letters; and UFO enthusiasts who were blind to the limitations of bureaucracy and who perhaps wanted badly enough to believe in something that they attributed imagined motives to their government interlocutors.

John Zada is the author of In the Valleys of the Noble Beyond: In Search of the Sasquatch.