The Beatle Bandit: A Serial Bank Robber’s Deadly Heist, a Cross-Country Manhunt, and the Insanity Plea That Shook a Nation

Matthew Kerry Smith was a twenty-four-year-old revolutionary in search of a cause. He had an instinctive grasp of Mao’s maxim that political power grows from the barrel of a gun, but his theory of social transformation — inasmuch as he had one — had more in common with the putschist tactics of secretive Blanquism than with the working-class uprising predicted by Marxists. Indeed, in the pages of Nate Hendley’s The Beatle Bandit, Smith emerges as someone without a coherent political world view.

Hendley has written several true-crime books, including The Boy on the Bicycle: A Forgotten Case of Wrongful Conviction in Toronto and Al Capone: Chicago’s King of Crime. With his latest, he’s an able storyteller in possession of a good yarn: a navy veteran, with vague ideas of armed struggle, orchestrates a string of bank robberies; kills a man in cold blood; evades police on a cross-country manhunt; pleads insanity when hauled before the courts; and is condemned to hang.

“He was fascinated by the dynamics of armed revolt but had little interest in ideology,” Hendley writes of Smith, who robbed five Ontario banks in the early to mid-1960s, ostensibly to fund a violent revolution. He was convinced Canadians should have the same right to gun ownership as Americans; aside from that belief, it’s difficult to know just what sort of change Smith hoped to achieve. He seems to have been primarily animated by — to borrow a Lionel Trilling phrase — irritable mental gestures seeking to resemble ideas. Even after a judge handed down his death sentence, Smith could offer the court little more than banal platitudes: “I would just like to say what I have said before, about the overthrow of the government I believe in, and that I believe men will have to give their lives to change our government to fight decadence and to fight apathy. That is all.”

Matt Smith was the product of a broken home. Two elements of his childhood, much of it spent in the Willowdale neighbourhood of North York, would prove prophetic: As a boy, he expressed interest in bank robbers, which concerned his straitlaced father, an editor with the CBC. As an adolescent, Matt worried the paranoid schizophrenia plaguing his mother would come to haunt him too. Following a stint in the Royal Canadian Navy and a string of blue-collar jobs, Smith turned to crime. 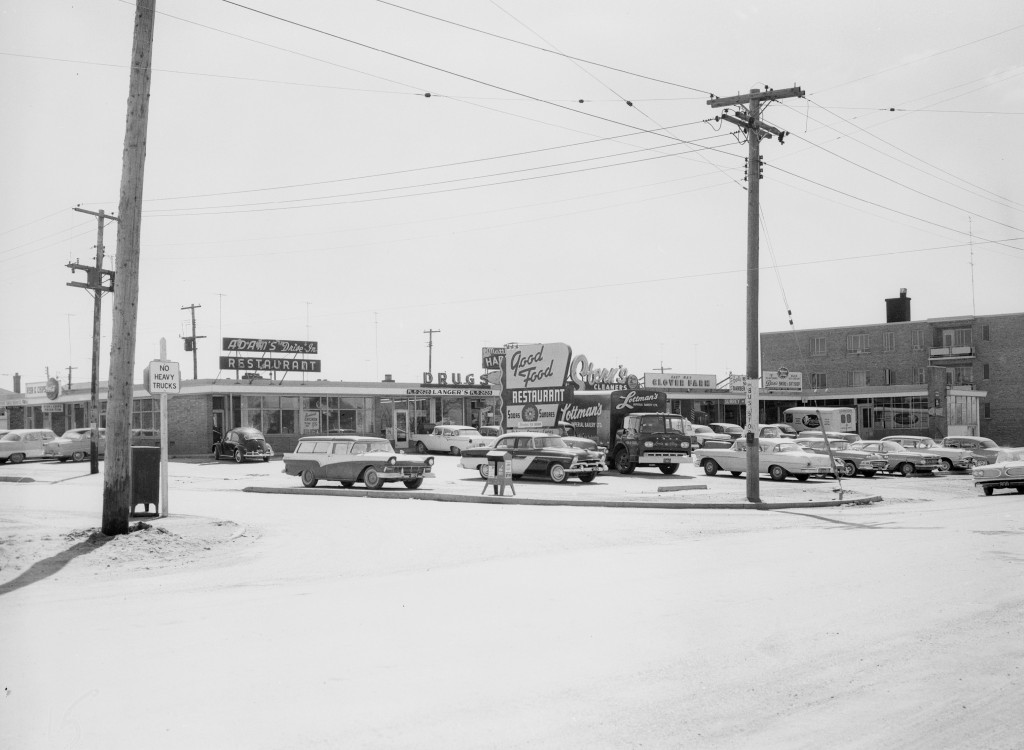 He robbed his first bank, an Imperial Bank of Canada branch in the Parkwoods neighbourhood of North York, on February 9, 1960. He made off with $3,008, after accidentally shooting a teller with his .32 automatic. The teller spent weeks in the hospital but ultimately survived.

Despite an impressive ability to plan other heists (one escape involved the use of a motorboat), the gun-happy outlaw gradually got sloppy with weapons and money. Smith’s crime wave turned fatal on July 24, 1964, when he hit a Canadian Imperial Bank of Commerce branch at the Bathurst Manor Plaza late in the afternoon, while toting a semi-automatic rifle and wearing a Beatles wig and a Charles de Gaulle mask. As he fled the scene, with $25,361 in two canvas haversacks, an enraged customer, Jack Blanc, marched into the street with a pistol borrowed from the bank manager and began firing in Smith’s direction. The shootout began with potshots but escalated to blasts from Smith’s military-grade rifle. One round took off the back of Blanc’s skull, killing him instantly.

In some respects, there were similarities between Smith and his victim. Blanc had also spent much of his life in search of worthy causes, joining the Canadian military at the outset of the Second World War, volunteering for Israel during the 1948 Arab-Israeli War, and re-enlisting with the Canadian Army during the Korean War. Smith, after his arrest nearly six months later, called Blanc the bravest man he ever fought.

The press dubbed Smith the Beatle Bandit; doctors who examined him diagnosed paranoid schizophrenia. His life and crimes helped shape public discourse on major issues of the decade, including gun control, the insanity plea, and capital punishment. And his eventual suicide, in Kingston Penitentiary, raised issues that linger to this day: the poor quality of our aging prison system, the mental health services available to those locked behind bars, and the high numbers of inmates who take their own lives.

Overall, Hendley sets the stage well, situating Smith’s crime spree within the social context of its time: the FLQ setting off bombs in Quebec, the Beatles dominating the airwaves, Stanley Kubrick’s Dr. Strangelove playing in theatres, the Toronto Maple Leafs appearing unstoppable after their third straight Stanley Cup win. But he stops short of painting a full picture, of offering a true sense of what it was like to be there, at the various holdups or when Smith was on the lam. His prose is lean — without the novelistic techniques of great literary non-fiction about crime — which makes The Beatle Bandit read like an extended newspaper article.

But that weakness is also something of a strength: Hendley writes like a reporter, sticking to the facts, with a clear sense of how to pace a story in order to keep readers turning pages. It may be unfair to criticize a book for being what it is — a solid addition to the true-crime canon — rather than something it was clearly never meant to be, but this one will leave many readers wanting more.