It is irresponsible and possibly evil, I suppose, to begin reviewing a book that plots the extraordinary if depressing success of big tobacco in circumnavigating all the solemn efforts to eradicate a known addictive killer by extolling the joys of that very addiction. But let’s do it anyway.

Smoking! If you’ve never done it, never gone off it (again and again), never been grateful for an illicit puff, then Joshua Knelman’s intriguing psychodrama will pitch differently to your stolid, unsullied, and determined soul. Perhaps it’d be better for you to read and be usefully challenged by Paul W. Gooch’s wonderful new treatise on Saint Paul (Paul and Religion: Unfinished Conversations ). That way you wouldn’t have to marvel at the clever duplicity that tobacco companies engage in so their businesses might survive the collective warnings of all the leading medical and health specialists against a noxious weed. After all, there’s only so much tsk-tsking one can be expected to aim at all the benighted idiots who can’t seem to escape both the beguiling emotional appeal of cigarettes and the ferocious dependency that accompanies them.

But if ever you were (or still are) a serious smoker, you will know, like me, the quiet pleasures: the first cigarette of the day with coffee and the morning paper; the glorious if manic lighting up and ash flicking in the midst of a writing frenzy, sometimes having three smokes on the go all at once (remember how the simple act of taking out another ciggie could propel that next sentence, paragraph, or page when two were already under way?); the welcome companionship that the satanic plant offers with a choice Merlot or fine whisky at the end of a long day or after an explosive fight or even as a sweet companion to be exchanged with a lover after making love. (No, no . . . Herself and I never did that, but I’ve seen it in Casablanca, The Graduate, Pulp Fiction, and The Crown, every time Helena Bonham Carter lights up as Princess Margaret.) 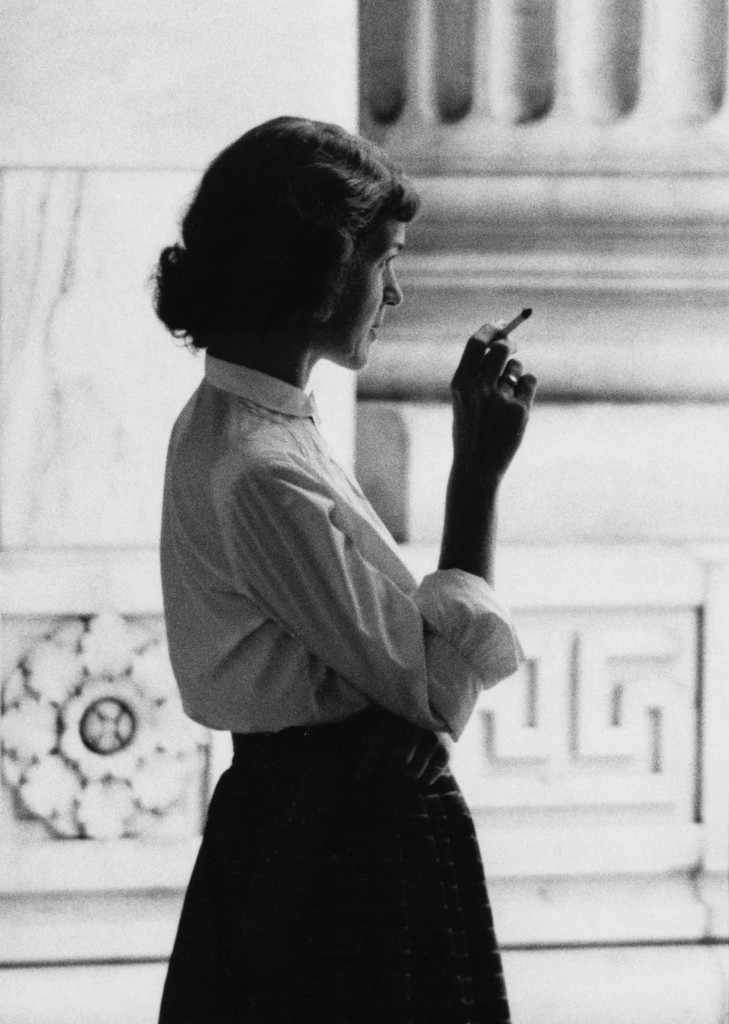 Yes, cigarettes still have their siren songs. As a result, the pleasure of Knelman’s fast-paced Firebrand: A Tobacco Lawyer’s Journey comes in a variety of ways. For starters, you know who the bad guys are right from the get-go (the tobacco giants). The central figure is a young Canadian lawyer who stays unnamed from beginning to end as he goes about the bad guys’ business of keeping the lethal but legal product ever available to the addicted masses. His tale, as told by Knelman, has something of the style of a John Grisham thriller.

Then there’s the fact that Knelman himself is still addicted, although he realizes it’s stupid and wrong and wishes he could kick the habit. But that adds a very special frisson to the mix: the author knows precisely how irresistible smoking is, and he is almost certainly indulging the habit as he types almost every page.

Keeping the principal character anonymous throughout the tale was probably the condition Knelman’s whistle-blower insisted upon, and thanks to this anonymity we are able to travel the world with him as he does his company’s bidding. At first, he’s studiously naive, a latter-day nicotine Odysseus who rather drifts into the business and is soon lured by the handsome pay and the benefits and the first-class cabins. Through his transformative journey to the dark side, Knelman takes us inside a different world indeed. (Knelman’s main man has since revealed himself, in the Toronto Star, as Max Krangle.)

True, if you know a bit about the tobacco industry, some of what Knelman has to tell will sound familiar. The totality of the industry’s continued survival will nevertheless make you shake your head. We know about the cover-ups. We know about the United States surgeon general’s report — from 1964! — that confirmed nicotine’s multi-pronged assault on health and the power of the addiction, both physical and mental. We’ve all seen how the warning labels have progressed, with brand names almost entirely disappearing, replaced by photographs of some of the most colourful and dreadful repercussions for one’s individual well-being since the last hanging, drawing, and quartering.

Some of us who are more cynically inclined also understand very well the Faustian bargain that governments have made with the industry in question, so that it can continue generating very useful taxation revenue. (I know, I know: to outlaw tobacco totally would be to turn it into a thriving criminal activity, but if the switch were handled properly and done gradually, the compensating rewards in lower demands on our already overwhelmed public health system would be a breath of fresh air.)

Knelman recasts all this known history into a succinct narrative that’s built around his young lawyer’s education as a rising executive. We get to follow him through board meetings, sales conferences, foreign drop-off depots — and his own increasingly uncomfortable realization that he is not exactly doing God’s work. Readers will trust Knelman, who at once understands and fairly represents how the industry suits plied his subject with one temptation after another, including a transfer to the civilized delights of Lausanne in litigation-proof Switzerland, where the tobacco merchants had replanted all their head offices. He offers a sympathetic portrayal of our Odysseus, who ultimately gets himself out of the business. He finishes his journey both wiser and healthier — since conspicuous lighting up, at least in the presence of other executives and dealers, seems to have been one of his job requirements.

Knelman is not an ideological warrior, but throughout this engaging romp there is a mostly unarticulated indictment of the grossest aspects of capitalism, which is determined to make a profit regardless of any consequences to health or legality or honesty. The tobacco industry is a going concern, naked in its greed and utter disregard for the impacts, ensnaring the young and condemning the addicted. (Page after page, I kept remembering my extraordinary sister, my dearest friend, who couldn’t kick the habit until it was way too late and died in her mid-sixties from nicotine-induced cancer.)

Our protagonist makes it back to Canada after a particularly smoky epic. He doesn’t brag about his successes or the size of his bank account. We know nothing of that sort by the end of the book, but we are dramatically reminded that cigarettes are still seductive, that they can still kill, and that governments (through taxes) and tobacco merchants (through sales) are still sitting pretty.