Like any self-respecting superhero, a credible hip-hop MC needs a compelling origin story. It usually goes something like this: a once unassuming if undeniably gifted mortal faces adversity and then comes to assume a new persona — and, crucially, a new name — before laying waste to the competition and claiming the throne.

Rollie Pemberton (to use the author’s more prosaic name) approaches hip-hop from an angle all his own, so it’s fitting that he begins his memoir in less self-aggrandizing terms than his peers might. Bedroom Rapper opens with a scene featuring “an archetypal introverted fourteen-year-old Black nerd” in grade 10 math class at a Catholic high school in Edmonton:

I was sitting at my desk in navy-blue Adidas tearaways with neon-green stripes when a pugnacious white kid with spiky blond hair named Devin tapped me on the shoulder and passed me a crinkled piece of loose-leaf paper. On it, he had scribbled four vaguely threatening rhyming couplets. It was suggested that I should respond.

Pemberton does not recall most of those juvenile rhymes. But one stuck in his mind because, as he acknowledges, it was an Eminem imitation typical of his adolescent output: “Watch me skydive while I drink a mai tai . . . bye bye!” But the kid was a fast study. He eagerly absorbed and analyzed the flows of Ghostface Killah, Nas, and other early heroes as he began to forge an identity. He just needed a name that served his ambitions. While freestyling, he noticed he would often return “to one particular mantra: my cadence is my weapon, my cadence is my weapon.” He then simplified the phrase: “It was my shorthand for music as a weapon, rap as a vehicle for change.”

Thus did the teenaged Pemberton devise the handle and the mission that would carry him through the next two decades. Bedroom Rapper tracks Cadence Weapon as he cut his teeth in Edmonton’s music scene and developed the wit, prowess, and resilience that have earned him a fiercely loyal following. It’s a journey that includes his year as a hometown poet laureate, his days and nights among fellow hipster creatives in Montreal and Toronto, and his efforts to extract himself from messy business relationships. 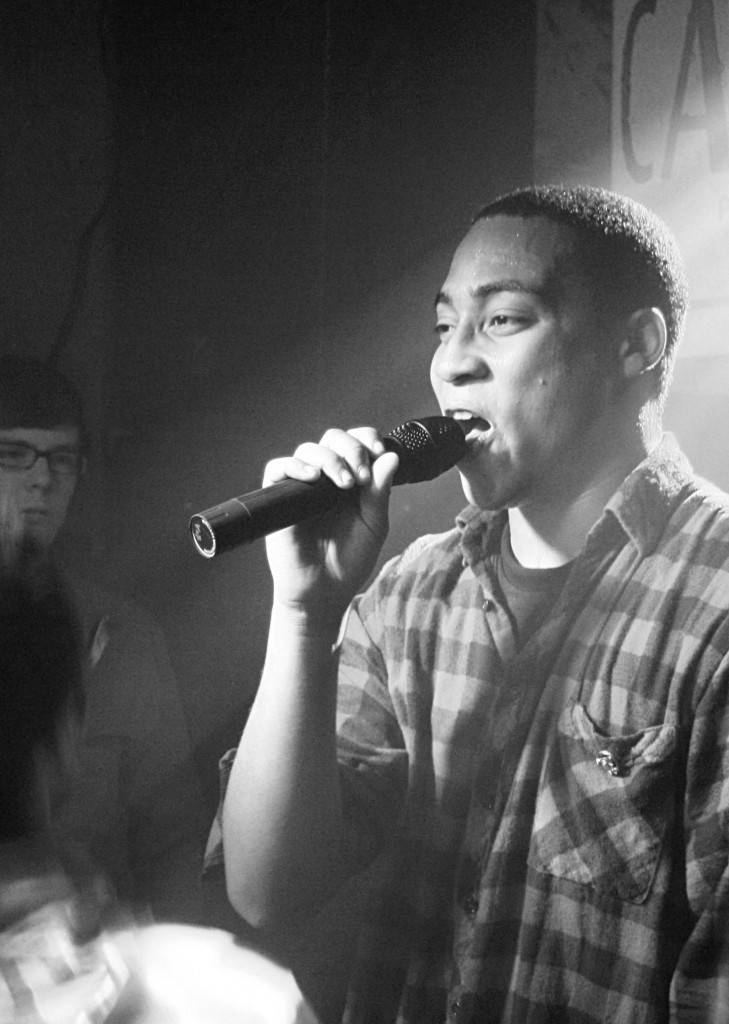 Some of Bedroom Rapper ’s contents may be familiar to followers of Pemberton’s musings on Tumblr and Substack, yet the book is too nuanced to ever read like a set of recycled blogs. Eschewing a strictly chronological ordering of events, he weaves elements of his story among thoughtful ruminations on hip-hop’s ongoing shape-shifting. (His primers on sub-genres like trap and grime are indispensable.)

Other passages concern the outsider positions Pemberton has often occupied. As a young person of colour who had grown up in a largely white city on the prairies, Pemberton was acutely aware of the otherness that persisted when he shifted out of classrooms and into the local music clubs. “I was regularly the only Black kid at the rock show,” he writes. “Sometimes I felt like people didn’t understand why I was there. They might walk by and shoot me a quizzical glance, as if I were some lost tourist.” Things didn’t change much when he transitioned from audience member to performer. While on tour, it was Cadence Weapon’s lot to be “the speck of colour in a sea of indie rock bands.”

The artist also draws attention to how much that sea has changed over the last twenty years. The once fragmented Canadian hip-hop landscape with its smattering of isolated, often regional figures soon became a world-conquering juggernaut with Drake at the helm. Pemberton’s indie rock pals experienced their own boom too, which led to global fame for a lucky few (like Grimes and Mac DeMarco) but also had unintended consequences. He describes the creative community he found and savoured in Montreal’s Mile End, where artists and musicians thrived until they were priced out of the very neighbourhoods they had made cool, having unwittingly turned their haunts and hangouts into future development sites. He wonders, “Is it possible to build an artistic scene without displacing other people in the process?”

Fame and fortune continued to elude Pemberton, who struggled to make any kind of living off his art. Eventually, he realized the extent to which his financial issues were tied up with his record label, Upper Class. “Money would go through them and then disappear without a trace or any accounting, presumably after being ‘reinvested’ into my music,” he writes. The company “was a black hole, a rickety structure built on a flimsy foundation.”

The financial mess compounded Pemberton’s personal struggle to maintain his spark, and he reached a nadir when he largely gave up creating music and instead earned his keep as a DJ in a Montreal wine bar. In a dispiriting turn for a performer and writer who strove to create connections through music, he spent his evenings spinning painstakingly curated sets at inoffensive volumes for a clientele that couldn’t care less. “The faint whiff of melodic sound vapour I was playing would waft around the room like recently sprayed cologne,” he writes, “creating the sonic equivalent of tacky patterned wallpaper.”

When Pemberton realized how far he had strayed from his mission to use music as a weapon for change, he made a concerted effort to re-engage with the world around him through his words and beats. That struggle resulted in his 2018 album, Cadence Weapon, and, three years later, Parallel World, which took the Polaris Music Prize with its unflinching portrayal of the structures of race and class. The track “Skyline,” inspired by all the high-rise development in his new home of Toronto, gives us these ferocious rhymes: “LRT stations in Little Jamaica / lead to mass displacement / Condo ads with white faces / Who’s gonna gain from the changes?”

Rollie Pemberton writes near the end of his memoir that taking back control of his career meant he could finally make music that “represented an unfiltered yet refined version of Cadence Weapon.” That’s the same version the reader gets in Bedroom Rapper, a frank and consistently insightful book that moves with the sense of force and flow its author never fails to demonstrate on the microphone.

Jason Anderson works as a journalist and film programmer in Toronto.