Sonnets, said Nicole Bauberger, are not written to be analytical and dry: “Sonnets are for getting laid.” The Whitehorse poet stood before a room full of people on a recent Tuesday, when the sky was full of fat, cottony flakes that fell as if in slow motion, too lazy and perfect to be real. It was the ideal evening for a literary pub crawl – if you knew you were on one. 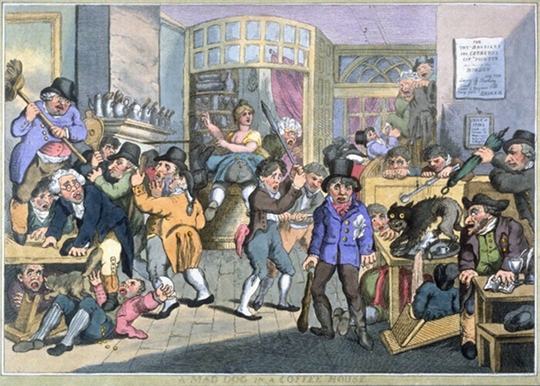 Anything goes at a guerrilla literary reading. Except, perhaps, formalities.

Half of the sixty audience members at the local Caribbean fusion restaurant, Antoinette’s, did. They’d tramped along after Bauberger, in down jackets and fur-lined boots, to this second of four stops on the crawl – part of the Pivot Festival’s sixteen-day celebration of Yukon comedy, theatre, and storytelling. Organizers hoped watering holes could help introduce readings to people who might not attend one at a library or bookstore. Make them less stuffy, less formal.

The other half of the audience had come to Antoinette’s for dinner – for the guava pork ribs and plates of tiger prawns swimming in lime juice. They hadn’t expected the kind of spice that manages to be both sexual and sacrilegious.

“Everyone here is over eighteen, right?” Bauberger asked as diners twisted to see her on a small stage in the teal and coral room. “It’s hard for me to determine consent from this distance, so please look after yourself. Like if there’s something you don’t think you should be hearing, uhhh…”

Diners hadn’t expected the kind of spice that manages to be both sexual and sacrilegious.

She trailed off and launched into a long poem opening with expletives and divinities.

At the end of Bauberger’s fifteen-minute reading, the unsuspecting diners were quickest to hand over donations and ask questions, though none continued the crawl to the next bar.

The event was meant to be ticketed. But as organizer Peter Jickling told the crowd at the third venue, a dark hotel bar straight out of a mid-2000s HomeSense catalogue, he may have made some promotional mistakes. “I went to the Yukon News and I said the event was free. Maybe I overstepped my bounds a little bit,” he confessed. “I think there was supposed to be a price, so, you know, if you’re a good person, you’ll throw maybe five bucks in the donation jar.”

Jickling turned the mic over to Meagan Dueling, who read a non-fiction piece about driving a B.C. back road to steal larch from a cutblock with her logger father. Behind her, through the window of the bar, an orange fox flashed under the yellow lights of Main Street scoping out the RBC across the road.

At the night’s final venue, the Gold Pan Saloon, the would-be stage was under renovation. Jickling stood behind a banner of yellow caution tape and spoke unabated.

A born-and-raised Yukoner (what people call a BnR), he moved to Toronto in 2016 to write. He returned after a year. His forthcoming collection, Downtown Flirt, is about his time in the south, filled with observations of a city other than Whitehorse – with its strong but small writing community, not particularly renowned for literary production since the days of Robert W. Service or Pierre Berton (both memorialized with bronze busts downtown).

Jickling asked if anyone was from Toronto and read a poem about the Tranzac, a bar in the Annex. A couple of cheers came from the Sufferettes, an Ontario-based comedy duo performing at the festival later in the week.

“Yeah, you guys are gonna be popular in here,” he deadpanned.

Amy Kenny lives in Whitehorse. Her writing travels across Canada.

Originally published in the March 23, 2019, instalment of