Twenty years ago, ECW Press took a risk. The Canadian publisher already worked with poetry, fiction, and biographies. But when senior editor Jack David presented David Hofstede’s Slammin’: Wrestling’s Greatest Heroes & Villains, his colleagues were intrigued. It blurred the line between “sport” and “entertainment.” They’d never seen anything like it.

“It was a weird time in sports publishing,” says Michael Holmes, who rose through the ranks to become ECW’s executive editor. “There was a real prejudice against wrestling books. No one thought they’d sell. Of course, they forgot that wrestling junkies are obsessive collectors.” 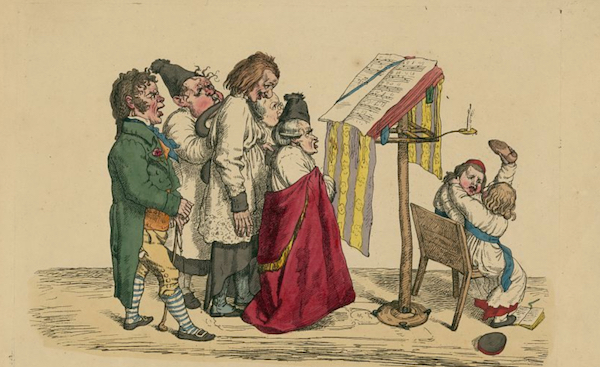 Perhaps this is why World Wrestling Entertainment merchandises zealously—anyone who’s attended Wrestlemania can tell you as much. From T‑shirts and title belts to a uniquely branded breakfast cereal (Booty-O’s) there is rarely a merchandising opportunity left unexplored. Fans, quite literally, eat it up.

But twenty years ago, books about pro wrestling were an anomaly.

“We published a few out of Montreal that didn’t do as well,” Holmes says from his office in Toronto’s East Chinatown. “Then Mick Foley’s first memoir, Have a Nice Day!: A Tale of Blood and Sweatsocks, got on the New York Times Best Seller list, and we realized, ‘Oh, we were wrong. Wrestling fans do love books.’ ” ECW figured it out before everybody else.

The press has since released a range of fighting titles. So many, in fact, you might say the indie publisher has a stranglehold on the market. They include Sisterhood of the Squared Circle, which Holmes calls “the definitive book on women’s wrestling,” and Accepted, written by the sport’s first openly gay competitor, Pat Patterson.

Then Mick Foley’s memoir got on the New York Times Best Seller list, and we realized, ‘Oh, wrestling fans do love books.’

One could assume, not unreasonably, that WWE chairman and CEO Vince McMahon would quash outside attempts to profit from the book business. After all, the WWE is his baby, and his tyrannical persona is well documented. As rumour has it, he’s made his kids vie to succeed him.

But while he makes a convincing egotistical maniac, the reality is that he’s a brilliant promoter who understands the benefit of writers talking about his product—even if he’s not in control.

“The WWE is open minded. As long as people are doing honest work and not exploiting them, they’re more than happy,” says Holmes. “We’ve done books both critical and celebratory. They’ve been great.”

ECW’s bestseller is The Death of WCW, about McMahon’s 2001 purchase of the near-bankrupt World Championship Wrestling. Holmes says it did “unbelievably well.”

As for his personal favourite? “We’ve done so many books I’m proud of—it’s like choosing between your children.”

Vince wouldn’t have that problem.

Scott Letkeman is the creative director of Cabin Radio, in Yellowknife.

Originally published in the June 15, 2019, instalment of