Massey College, in the heart of the University of Toronto, is home to graduate students, distinguished faculty and alumni, and award-winning Ron Thom architecture. (As of last month, the Literary Review of Canada calls it home too.) The interdisciplinary college has co-hosted the annual CBC Massey Lectures since 1962. So it’s fitting that this year’s lecturer, Sally Armstrong, would launch Power Shift: The Longest Revolution here on a recent evening.

That puts Armstrong in some good company. The lectures, which are broadcast on CBC’s Ideas and published by House of Anansi Press, have previously featured Northrop Frye and Jane Jacobs, Ursula Franklin and Martin Luther King, Adam Gopnik and Tanya Talaga. Tonight’s event celebrates a book about feminism and kicks off a five-stop whirlwind tour across the country. 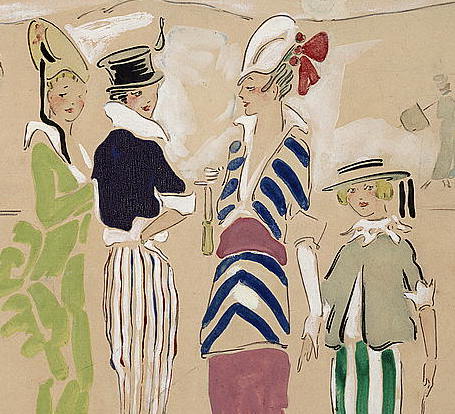 “Power Shift” tackles the “old lingering mores that cling to the lives of women.”

For decades, Armstrong’s journalism, in Homemakers, Chatelaine, and Maclean’s, for example, has focused on women and girls in conflict zones such as Afghanistan, the Middle East, and the Democratic Republic of Congo. Her coverage has earned her a nickname: La Talibanista. It’s also netted her four Amnesty International Canada media awards, ten honorary degrees, and an appointment as an Officer of the Order of Canada.

Power Shift builds on years of reporting, and suggests that the whole of society improves when women’s rights are commensurate with men’s. It’s not a new idea, of course. But Armstrong takes a new approach for a new era. She does this by drawing on topics as diverse as economics, sexuality, and religion—everything from Stone Age cave artists to #MeToo.

Tonight’s crowd is a mix of graduate students, writers, and politicians, along with Elizabeth Dowdeswell, the lieutenant-governor of Ontario. But the implications of Armstrong’s talk reach well beyond those in the room. As she notes in the book, society needs to tackle all levels of injustice, right down to the “old lingering mores that cling to the lives of women the way barnacles attach to ships.”

Sally Armstrong suggests that the whole of society improves when women’s rights are commensurate with men’s.

Nathalie Des Rosiers, the college’s recently appointed principal, begins the evening with a land acknowledgement and a deadpan line: “There are just too many old, ugly men in charge of the world.” Next, Greg Kelly, executive producer of Ideas, testifies to Armstrong’s insatiable curiosity: “When she’s interested, she’s taking notes freehand. She doesn’t blink.” Sarah MacLachlan, president and publisher of House of Anansi Press, says a few words about putting the book together.

Then it’s Armstrong’s turn. When the applause dies down, she begins, “You know the old adage that what you don’t know doesn’t hurt you? When it comes to women, it did hurt them.”

Researching and writing Power Shift, she says, was “the odyssey of a lifetime.” She outlines a brief history of feminist action and observes that we are currently in the fourth wave of the women’s movement because of “social media, intersectionality, and hashtag feminism.” The crowd nods in agreement.

Armstrong notes the obvious: there’s still work to be done. But she’s optimistic. “We will get there when men and women walk together,” she says. “That’s the biggest lesson I have learned.”

It’s a brief speech—much shorter than the five nights’ worth of radio programming that will broadcast in November—but it’s a powerful one. Armstrong finds her family, and they pose for a picture. Whitehorse is her next stop, and just before Thanksgiving weekend, she’ll wrap up her cross-country tour up the street, at Koerner Hall.

Alexander Sallas is assistant editor of the Literary Review of Canada.

Originally published in the October 19, 2019, instalment of