Leading up to a recent meeting of the Bag Lunch Book Club, a monthly get-together at the Yellowknife Public Library, patrons eagerly signed out copies of Tanya Tagaq’s Split Tooth. The library has 70,000 volumes but only six copies of Tagaq’s acclaimed book, all of which were spoken for—some reserved before they even made it to the shelves. No matter, Yellowknifers sat cross-legged in chairs, some with loaned books and others with personal copies spread across their laps. 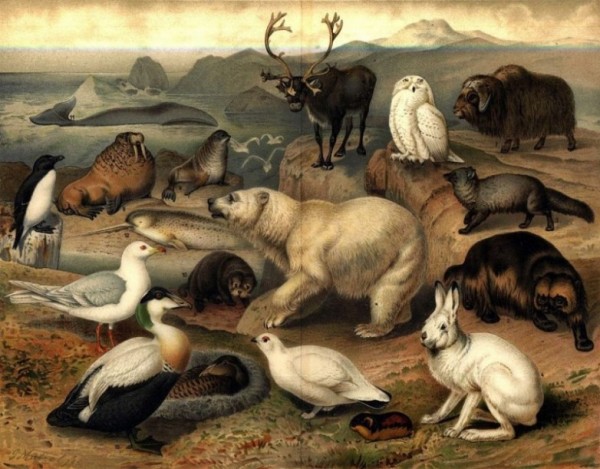 When asked what they thought about the Inuit throat signer’s hard-to-classify debut, readers paused. Eyes gleaned upward in introspection. Silence cascaded into the room. Where to start?

Tagaq’s main character ventures frequently onto the land, where she finds moments of clarity. They are relatable for many in the Northwest Territories: In winter, you can observe snow and ice in its multiple forms, and you can admire the colourful spectrum of the northern lights. In spring, after a long period of darkness, “the air is so clean you can smell the difference between smooth rock and jagged,” as Tagaq writes. You can smell the lichen, see the ocean thaw, and watch life begin again. It can be rejuvenating. To some, the Arctic may seem like a flat, empty space, but within its subtlety is more life than one would expect.

On April 1, 1999, Nunavut became independent from the Northwest Territories.

There are moments in Split Tooth that those gathered had difficulty interpreting at first. An imaginative stream that braids together prose, illustration, and poetry, Tagaq’s Bildungsroman takes you on a magic carpet ride. The northern lights accompany the young protagonist on the ice; they amuse her and ultimately impregnate her with twins. As the twins grow, they embody opposing and complementary aspects of humanity: good and bad, light and dark. A message that speaks with heartbreaking truths—we cannot have one without the other.

Readers move in and out of physical environments and human psyches; they soar between the shifting Arctic sky and the changing earth. Tagaq’s omniscient voice reminds them, with gentleness, how invaluable mother earth is for life to continue and thrive.

Change and progress are on the minds of many in the North, where twenty years ago, on April 1, Nunavut became independent from the Northwest Territories. For one reader, originally from Nunavut and now living in Yellowknife, Split Tooth is a nostalgic literary trip back home—a journey to be savoured. Another, normally a quick reader, said the book’s soft, melodic tone forced her to slow down and reflect. For both, Split Tooth is full of insight that illustrates, honestly and elegantly, the many facets of the Northern experience.

After forty-five minutes or so, readers begin to stand up and head toward their boots, wet on the floor from an unexpectedly early spring thaw. Here, just under the Arctic Circle where the light is growing stronger once more, change and progress are impossible to miss.

Tanya Roach is a writer and throat signer living in Yellowknife.

Originally published in the April 6, 2019, instalment of