What is the bestselling novel of all-time? Uncle Tom’s Cabin? Something by Dickens? The Alchemist? The contestants at Shelf Life Books’s first trivia night are stumped.

“The Bible!” one suggests. “Not a novel,” another rejoins. A third shouts, “What’s the answer to number ten?” The host doesn’t bite. Michaela Stephen, who is also the bookshop’s events coordinator, offers a magnanimous hint (it was published pre-twentieth century). Still, no one gets the answer: Don Quixiote. 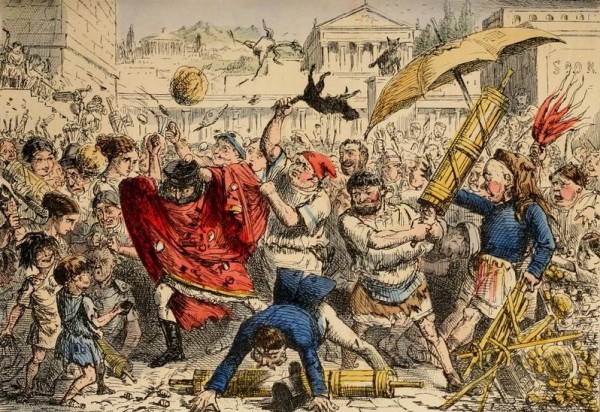 Shelf Life is known for book launches, reading series, and poetry slams. Some events, like Single Onion and Woolf’s Voices, are offered monthly. Others are one-off celebrations. Stephen says the new guessing game is a fun way to supplement this existing programming.

The evening begins shortly after seven. A slow but steady trickle of folks enters the shop, browsing the merchandise before breaking into teams. Will Lawrence, a co-owner of Shelf Life, acknowledges the store’s location on Treaty 7 territory and introduces Stephen.

“Don’t look up the answers on your phone,” she instructs. Lawrence joins in: “We have free Wi-Fi, but you cannot use it.” While the internet is forbidden, the event boasts some perks, including snacks, wine, and a raffle for the store’s bestselling book of 2018, Washington Black.

People cheer and clap for correct answers, groan and boo their mistakes, flubs, and unknowns.

Shelf Life describes itself as “for avid readers and the unusually bookish, for browsers and meanderers, for independent minds and spirits.” This branding informs the varied questions. Topics range from classics to contemporary works and local fare. Questions include:

The crowd is hooked. People cheer and clap for correct answers, groan and boo their mistakes, flubs, and unknowns. At the end of the competition, the winning team, which goes by Clever Girl, proudly accepts its prize: swag bags filled with books, some from the store and others from a local press, Freehand Books, among other things.

As the contestants leave together, some two hours later, a murder of phony crows watches from a towering, metal windmill. The birds are part of an installation by the artist Evelyn Grant—inspired by the nursery rhyme “One for Sorrow”—which draws literature out of the store and onto the street corner. It’s an apt metaphor.

Jess Nicol is a PhD candidate at the University of Calgary.

Originally published in the October 5, 2019, instalment of