To sit in a sunny field on a folding lawn chair, with the scent of wild roses, sunscreen, and the lunchtime barbecue wafting over you, surrounded by bustling volunteers wearing “Book lovers never go to bed alone” T-shirts, is to be immersed in the full glory of a Canadian literary festival.

Read by the Sea takes place in River John, a rural fishing and farming community on Nova Scotia’s Northumberland Shore. Although the local population is only 2,400, the festival holds its own among older and larger literary events, drawing readers from near and far to hear writers in a beautiful setting, warmed by sunshine—when the weather cooperates.

It is, as Alexander MacLeod, a Read by the Sea alumnus from 2011, says, “a festival that comes from the houses of the village. 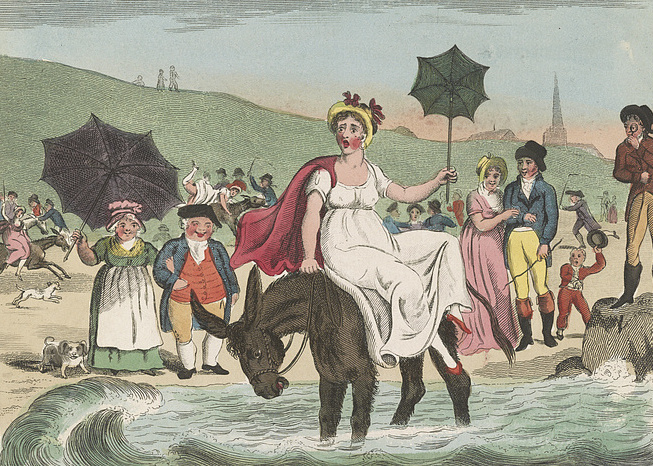 As with many good things, the idea for Read by the Sea was the result of a casual conversation that sprouted wings. Two local writers, Linda Little (Scotch River and Grist) and Hazel Felderhof (Amanda’s Story), were frustrated that many Canadian literary festivals, more than 100 annually, weren’t easily accessible.

“We said that we should have our own,” says Little. With Felderhof, she hosted a planning meeting. A group formed. “When we asked Alistair MacLeod if he would read and he said yes, we knew we had to get to work.”

When recalling that first festival from twenty years ago, Little says the team had “no idea whether twenty people would show up or 200.” When 350 people came, “we were absolutely delighted. Of course, we wanted to do it again.”

The formula for the three-day summer event has evolved over the years, and now includes a main stage, programs for children and teens, a book-sharing program, and a “pitch the publisher” session for aspiring writers.

And each year hundreds of book enthusiasts in sun hats march into the Royal Canadian Legion Memorial Garden to sit in whatever shade is available. One by one, the authors take to the stage to read, sometimes battling the breeze to keep their books open, and then sit down with a moderator for questions.

Name a contemporary Canadian writer, and odds are they have made a trip to River John: Moore, Crummey, Choy, Clarke, Heighton, Skibsrud, Huggan, Vanderhaeghe, and Wachtel, plus a host of local talent.

Name a contemporary Canadian writer, and odds are they have made a trip to River John.

In 2003, Margaret Atwood drew a crowd of 600 when she read from Oryx and Crake. “We were astonished when she agreed to come,” says Little.

Five years later, organizers were even more astonished when Atwood published an open letter in the Globe and Mail, rebutting then prime minister Stephen Harper’s comments that “ordinary people” didn’t care about the arts.

“Literary festivals have sprung up all over the country,” wrote Atwood, “volunteers set them up and provide the food, and ‘ordinary people’ will drag their lawn chairs into a field—as in Nova Scotia’s Read by the Sea—in order to listen to writers both local and national read and discuss their work.”

Over a decade later, hundreds of those ordinary people continue to gather two hours north of Halifax. This year, they listened to Colin Campbell, author of Three Days with George, recount how the rescue dog he adopted in fact rescued him from a bleak period following his marriage break-up.

They heard Kevin Major read from Land Beyond the Sea, a novel that reimagines the aftermath of a torpedoed Newfoundland passenger ferry. They applauded Mayann Francis, former lieutenant-governor of Nova Scotia, who read from her memoir, An Honourable Life.

They listened intently as poet Allan Cooper read delicate ghazals for his wife and daughter and described the world outside his study window. Lastly, they heard Elizabeth Hay read from All Things Consoled, her memoir about her parents in their last years of life, beautifully capturing the poetic freshness of her mother’s language as dementia tightened its grip.

It was, once more, a celebration of ordinary people listening to other ordinary people articulate what it is to be human. Sitting in a sunny field on coastal Nova Scotia was the perfect place to be.

Cheryl Bell is a freelance writer in Halifax.

Originally published in the September 7, 2019, instalment of