Journey with No Maps: A Life of P.K. Page

When poet and painter P.K. Page (1916–2010) appeared in “full evening dress” at a diplomatic reception in Mexico City that she herself had partly engineered for Prime Minister John Diefenbaker, she was 43—and had not written a poem in three years. Although poetry had been her ambition, her joy, her sustenance since she was a toddler whose mother made her drawings into little books, the dislocated Page would not reclaim the power of her literary voice for four more years, with her return to her home country. Distinguished biographer Sandra Djwa tracks the vicissitudes of the creative and personal life of the talented, privileged, outwardly sturdy and elegant, inwardly delicate and searching Patricia Kathleen Page in Journey with No Maps: A Life of P.K. Page. She “was a new type,” Djwa says, “not a suffragette, not a twenties flapper, but a modern woman in embryo,” someone Alice Munro so revered that she could not believe “that this person was flesh and blood.”

It was an obvious leap from Djwa’s earlier work The Politics of the Imagination: A Life of F.R. Scott, to write about Page, one of Canada’s most memorable, beloved and acclaimed poets, for she reveals that F.R. Scott was Page’s one-time lover—and source of agony. Djwa’s acute psychological observations permeate the biography, especially her observations on the poet’s clandestine affair with the married Scott, 17 years her senior. (She beat him out for the Governor’s General Award in 1954.) Anyone interested in the creative process will be absorbed by Djwa’s divagations. As she points out in the book’s chapter titles, Page led a life of travel almost from birth. Daughter of an army officer and World War One hero in Lord Strathcona’s Horse, Page bounced with her family to locations across the country, particularly in the Maritimes, and at times in England. Later, after the debacle with Scott, the poet, clearly attracted to mature men, married Arthur Irwin, who was 18 years older than she. He was a diplomat and journalist whose assignments lifted her out of Ottawa and Montreal, taking her to Australia, Brazil and Mexico, then bringing her at last to stability in British Columbia.

Yet it is Page’s inner travel that Djwa tackles, full both of the anxiety of uprooting as well as the urge to create. The poet’s attempts to balance the conscious, social world of an officer’s daughter and a diplomat’s wife with her unconscious existence yielded a lifelong tension and this, in turn, led to the surreal fragments and strong interior music of her poems. Page continually cast about for subjects and styles that would both examine and disguise painful emotional circumstances. The truth lies in the imagination, she insisted in “After Reading Albino Pheasants”

And however cool the water my truth won’t wash
without shrinking except in its own world
which is one part matter, nine parts ­imagination. 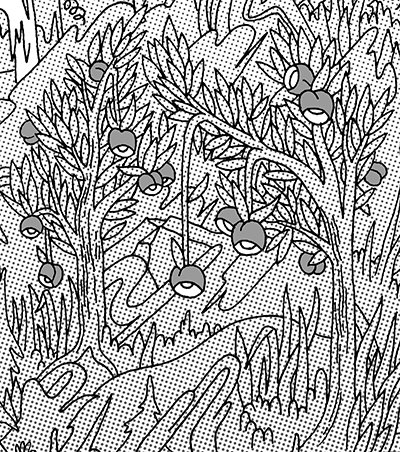 I fear flesh which blocks imagination,
the light of reason which constricts the world.
Pale beak … pale eye … pale flesh … My sky’s awash.

Djwa, professor emerita of English at Simon Fraser University, confidently quotes from the poems in A Journey with No Maps, fusing them with lived occasions, making the biography a believable, integrated story. Her serviceable, almost pedestrian style strangely becomes the poetry. Hours of interviews with Page over years gained the biographer a plainspoken authority. She plunges us into the lives of Page’s young parents, and then fully into the poet’s childhood. No one was more important to P.K. than her father, who relied on her at a very young age to take up social and nurturing and organizational family tasks as a substitute for her frail beauty of a mother, who, even before a horse-riding accident sent her back to England with her son and little daughter Pat in tow to recuperate, seemed to require another person to steady her. Overseas and fearing his own death, her father even wrote poems of advice and how to live to his little girl. Yet it was also the nurturing whimsy of Page’s mother, who cherished every minim of a drawing or poem her daughter wrote that helped secure Pat’s easy, matter-of-fact commitment to the creative life, one that neither schools, boyfriends, friends, family, universities nor the deeply sexist culture she lived in could shake.

After she left university for a year in England (home for both her parents, as it was for many English-speaking Canadians of Page’s and her parents’ generations), her aunt encouraged her to write. Page’s first publication, “The Mole,” was in the London Guardian. Later on it seemed natural to her that the likes of Northrop Frye would assess her poems positively. Her father, who knew the value of Virginia Woolf’s room of one’s own, “offered her sufficient funds to live on—eighty-five dollars a month—so that she could move to Montreal, rent a room of her own, and practise her craft.” The need to create came in part from the isolated, uprooted loneliness of her childhood, but the affirmation of the necessity of creation came directly from her parents and family. Even in later years, when dislocated, divorced from language in the lush landscape of Brazil, where she began painting instead of writing, she worked with the expectation of showing her work in galleries, which, of course, she did. (Here Page proved almost the opposite of her contemporary, Elizabeth Bishop, whose verbal imagination was released by Brazil.)

Page revelled in the works of Freud and Jung, embraced the approaches to consciousness of Gurdjieff and Ouspensky, and esteemed all manner of psycho-spiritual endeavours; she was fascinated by Suzuki’s introduction to Zen Buddhism, absorbed by Sufism and the poetry of Rumi, even happily sitting by while the young Margaret Atwood (whose editing and introduction to Poems Selected and New in 1974 resuscitated Page’s then-flagging career) threw the tarot pack. Committed to the intuitive vibrations of life that scientists scoff at but that poets must take seriously, Page wrote and painted her dreams, especially during the periods of depression she suffered when muted by diplomatic responsibilities and the crisis of her inability to have children. Was that crisis complicated by the fact that she had perhaps unconsciously refused motherhood by marrying a father figure who already had grown children? Dwja circles around these issues, as Page herself must have done.

Her friends were often painters. In Mexico, there was Leonora Carrington, as well as a deeper, lifelong friendship with Montreal painter Jori Smith, who described the young P.K. as having “a face like a pansy … [one of] those dark-faced pansies with white inside and that special velvety quality.” Page’s poems are their images. “The peaches hang like lanterns,” she says in “Arras,” using a concrete, voluptuous image in an abstract poem about creativity. (Arras is the fabric on which a tapestry is embroidered.) Her poetry reminds us that when we speak of the vision of a poet, it is a visual thing to which we refer. Even in her signature autobiographical long poems that use the male figure “Cullen,” the image rides the waves of the poem.

This beautifully documented biography proceeds through the full development of Page’s career, which is also the history of CanLit in a single example, including the insufferable poetry politics as well as the fascinating, supportive friendships with poets and the remarkable flowering with her embrace, in late life, of the glosa (a complex poetic form that spins off the lines of other poets). As Page herself says of the flux, and of her flexibility, in her poem “Alphabetical”: “I was once caught in its [love’s] slipstream / and like dust / in a ray of sunlight / everything shone.”