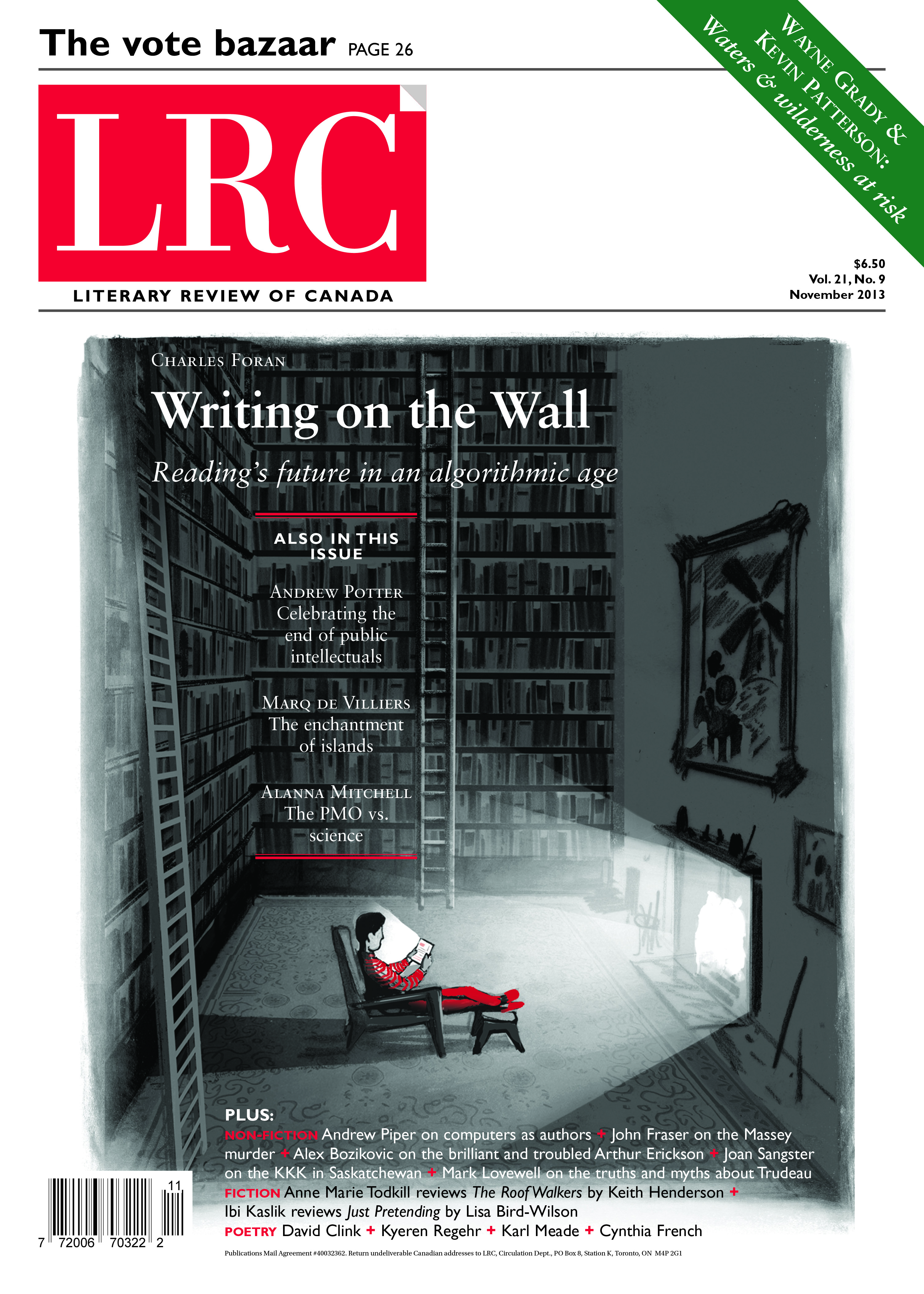 Re: “Twilight of the Pundits,” by Andrew Potter

A fact: Conrad Black did not decline to contribute to The Public Intellectual in Canada. He penned a piece from his Florida cell. Unfortunately, the term “public intellectual” did not appear in it. When the book went out for blind peer review—something that academic publishing requires, unlike market-driven trade publishing—the reviewers wanted Black to write something more apropos the book’s rubric. Conrad told me and the reviewers to shove it: “I am not prepared to be treated by anonymous university critics as if I were a graduate thesis writer and honours BA candidate.” I fought to keep Black’s contribution, but the publisher refused to proceed unless he was dropped.

Another fact: “Tweeds” and “sherry” are rare at universities these days. Perhaps Dr. Potter, the former professor, saw them but it would have been an oddity.

The blogspot by Glen McGregor—the best Canadian political investigative reporter these days—is spot on. If reporters rely on spin doctors, political scientists and social media to fluff up their stories, the shortcoming is that of the journalists, not of those on the other end of the phone. I don’t know of a single professor who took offence at what McGregor wrote. Perhaps that is because I don’t use Twitter, which is Potter’s source. Ironically, he directs us to Twitter to locate the true public intellectuals of our day. Serious arguments like Potter’s and good reporting like McGregor’s, however, generally require more than 140 characters.

Potter suggests that the working-class reflexes of journalists—their drinking, swearing and contrarian impulses—have led them to look up to academics. Actually, when journalists drank, smoked and swore, they did not set foot on a university campus, nor did they call political scientists. Now that journalists have been to J-school, they do. To Potter, the business model of the “media-intellectual economy” is dead. It may be for Potter’s newspaper industry. It has never been much of an economy or a model for political scientists.

No one in the book asserts “academics would make for good politicians.” It is a tad hyperbolic and a bit cynical to say as Potter does that there is a contradiction between searching for truth and exercising power or that “public life and scholarly life are completely separate endeavours.” (Pierre Trudeau? Václav Havel? Woodrow Wilson?) Is it not possible that intellectuals can sometimes expose the public to certain truths about power and/or reveal to the powerful the best uses of power?

For years now Andrew Potter, one of our best public intellectuals, has been writing books and articles containing an assumption about the nature of politics: that it is a struggle for power, not a conversation about truth.

Potter is largely right and deeply wrong. Politics may be highly adversarial today, but it is not a stone. It is a cultural practice, which means that, just like public intellectuals, it can change. And one way of encouraging this is to reject Tom Flanagan’s and Potter’s belief that the politician’s life is “completely separate” from the intellectual’s—because values are just not like that; on the contrary, they’re defined contrastively, as partly overlapping features of a whole. That is why, whereas Potter follows Flanagan in affirming that “public affairs are fundamentally adversarial, while intellectual life is fundamentally authoritative,” when I look in my dictionary I find that one of the definitions of power is “government, influence or authority” and one of the definitions of intellect is “the understanding or mental powers (of a particular person etc.).” Potter is simply too enamoured of divisions: of concepts, of labour (between journalists, academics and politicians), and of opponents (turning them into adversaries rather than people who disagree about a common good). If instead he thought a little more about how to bring things together rather than take them apart, one of our best would become even better.