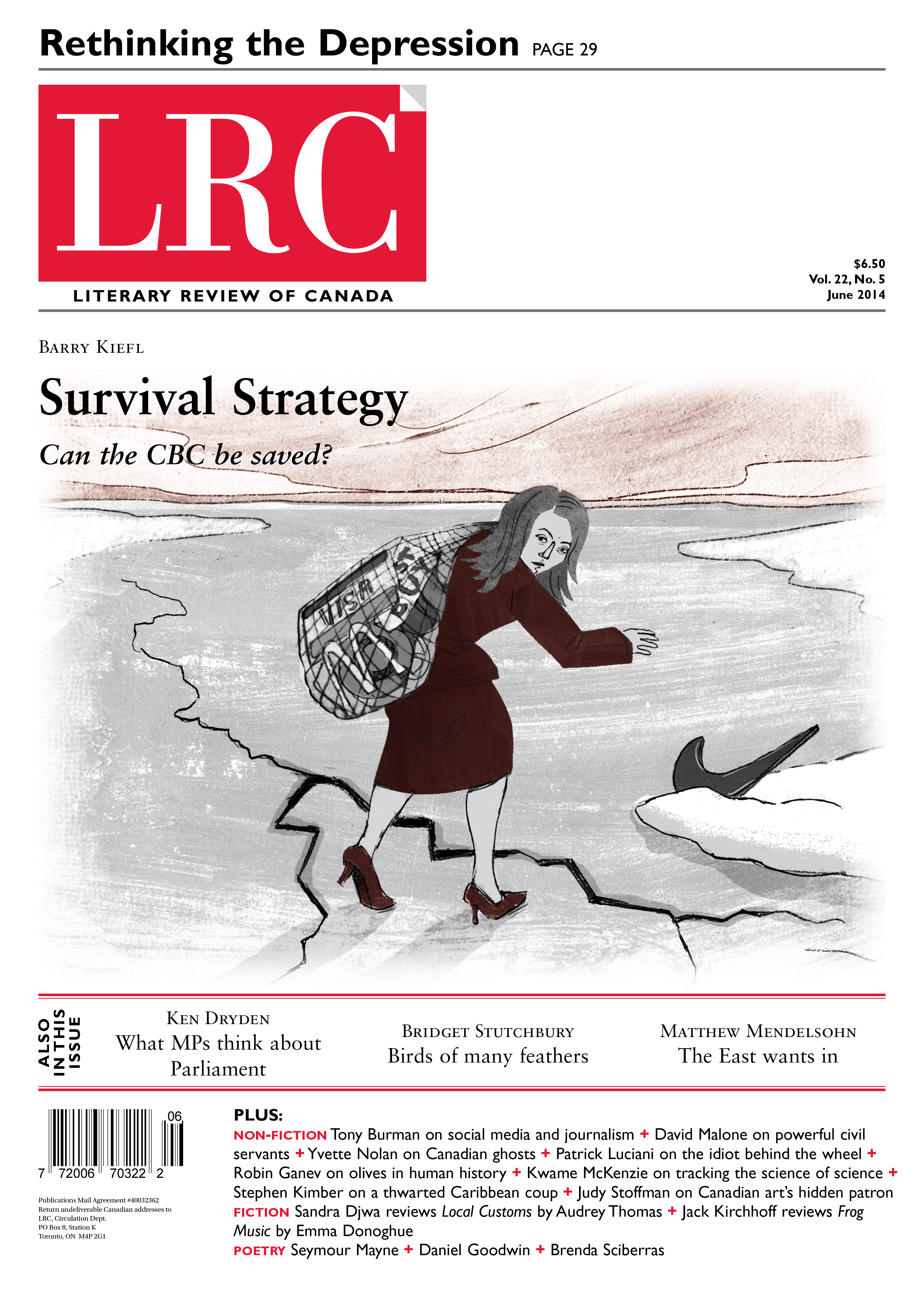 Re: “Rethinking the Great Depression,” by Edward Whitcomb

Edward Whitcomb’s essay raises interesting questions, both factual and historiographic. In hindsight all three levels of government might have been able to do more to ease the misery caused by the collapse of the world trading and financial system, the western wheat economy, and the Ontario auto and forest-based industries. Canada was, however, a very small open economy with only a nascent capacity for implementing a broad Keynesian agenda. Furthermore, the fiscal bargain struck in 1867 clearly sought to put the most visible and accountable forms of taxation in the hands of the provinces and their “creatures” while reserving a broad spending power and the possibility of greater centralization to the federal government. The 1930s posed a huge challenge to all levels of government, particularly as the provinces were fiscally small players compared to the federal and aggregate municipal sector. By the end of the Depression, however, the Dominion had acquired significant capacity to implement economic policy as had the larger provinces with respect to deliver the “infant welfare state” and the stricter regulation of municipal finances.

Between 1928 and 1932, Dominion revenues fell by 23 percent; expenditures were increased by nearly 40 percent and the deficit was 34 percent of expenditures. Government, however, was not inactive: the banks were allowed to artificially inflate the value of their holdings of securities, three Prairie wheat pools were provided financial guarantees and the debts of Newfoundland were also guaranteed at the behest of the British government.

Furthermore, by 1934, federal supervision for the western provinces and the idea of a loan council to force “fiscal consolidation” were being seriously considered. Municipal insolvency and provincial supervision had occurred in 40 municipalities in Ontario, Montreal and suburban Vancouver. Ultimately, Saskatchewan and Manitoba (Winnipeg) were bailed out in the aftermath of the Alberta default (whose debts were ultimately refinanced). The squeeze at all levels was very real.

The British North America Act was a convenient scapegoat for the politicians of the era in the continuous federal-provincial wrangling over the financing of relief, not just during the Great Depression but also in the aftermath of the Great War. However, the provincial premiers of the larger provinces actively opposed federal policy deemed to be too intrusive or contrary to their provincial interests.

These historical complexities come through clearly in works such as “Constraining Subnational Fiscal Behaviour in Canada: Different Approaches, Similar Results?,” by myself and Richard Bird, in Fiscal Decentralization and the Challenge of Hard Budget Constraints (edited by Jonathan Rodden, Gunnar Eskeland and Jennie Litvack); Progress without Planning: The Economic History of Ontario from Confederation to the Second World War, by Ian Drummond; Tax, Borrow and Spend: Financing Federal Spending in Canada, 1867–1990 by W. Irwin Gillespie; and in “Ontario Municipal Finance, 1886–1940,” and in my doctoral thesis.

Re: “Parliamentary Discontent,” by Ken Dryden

In his review of Tragedy in the Commons: Former Members of Parliament Speak Out about Canada’s Failing Democracy, Ken Dryden incorrectly articulates the book’s purpose, which is not, as he states, to “increase political participation” but rather to better understand the experiences of those who served in Canada’s Parliament, and to share their reflections and advice.

Dryden expresses concerns about our methodology, asserting we “did not talk to [the MPs] long enough.” Our methodology was approved by Carleton University and included recorded interviews with 80 former MPs from across Canada and from all political parties. In nearly all cases, we travelled to the MPs, met in their homes or a nearby café, which afforded the MPs a significant opportunity to reflect on their service to the country. The extent of our interviews and the responses received surpass anything collected in Canada to date. The themes and recommendations in the book reflect what the former MPs told us, and we are grateful they shared so openly with us.

Dryden also writes that speaking with former parliamentarians is looking in “the wrong place” and suggests that we focus our efforts on speaking to citizens. To clarify: in addition to writing this book, we are the co-founders of Samara, a non-partisan charity that conducts research and education to advance greater participation in politics. We have published numerous reports that examine Canadians’ views on and experiences with the political system, all of which are regularly referenced in the media and available on Samara’s website. In addition, we run a program called “Democracy Talks” that collaborates with community organizations that serve young people and newcomers to Canada to help introduce them to politics.

Declining participation and citizens’ perceptions of politics will make for an interesting book; however, it was not the subject of this one.

Finally, Dryden asserts that “Canadians are checking in to innumerable other ways of engagement.” This concept—that people are moving from formal politics into informal politics—is one that Samara researched last year and unfortunately this is not the case. Our report “Lightweights? Political Participation Beyond the Ballot Box,” which examines 20 different ways Canadians participate in between elections, revealed that in no area, including online activity, volunteering or joining groups, does Canadians’ participation exceed voter turnout. Furthermore, even if it did, a vibrant community is no substitute for effective, representative government.

We have been overwhelmed by the interest and response to Tragedy in the Commons since its publication. We hope this means that Canadians agree that a discussion on repairing our political system is much overdue.

Re: “Risky Driving,” by Patrick Luciani

I want to thank Patrick Luciani for reviewing, and bringing attention to, my book, No Accident: Eliminating Injury and Death on Canadian Roads. Luciani suggests, however, that it does not give enough attention to the declining death toll over the past few decades in Canada. My reasoning is that there is already ample focus on past successes, yet people continue to be killed and traumatized by motor vehicle crashes every day, and as such the only meaningful vision for our country is to put an end to this. In addition, much of the progress we have made to date has not provided benefits to all ages and types of road users equally.

Luciani references Steven Levitt’s claim that there are no safety benefits associated with child seats for children aged two and older. Yet Levitt subsequently co-authored another paper that actually found that injury rates for children in child seats were somewhat lower than for children in adult seat belts. The authors stated that the police data they used could not differentiate between properly and improperly installed child seats and therefore their study likely underestimated the benefits of properly installed child seats. Lotta Jacobsson, Ulf Lechelt and Eva Walkhed tell us that the iliac spines of the pelvis, important for adult seat belt fit, are not well developed until children are about ten years old. Using still other methodologies, researchers have shown that restraints for children aged two to six years reduce the odds of death by 28 percent, and for children aged approximately four to eight years, reduce serious injury in the range of 45 to 59 percent. Ultimately, we must look at the complete body of scientific evidence.

Finally, risk homeostasis is a theory with little real-world application in the modern field of road safety, because otherwise we would not have the staggering nine-fold difference in road safety performance between many countries today. Even though Canada has made much progress in road safety since the 1970s, we are not anywhere near our potential. If we pause to consider that we had the technology to build an atomic bomb in the 1940s, identify the double-helix model of the DNA structure in the 1950s and send a man to the moon in 1969, it becomes ludicrous to think that we could not eliminate injury and death from ordinary land-based transport in the 21st century. And why would we not want to do that?