Across Canada by Story: A Coast-to-Coast Literary Adventure

Douglas Gibson has that insatiable desire to share with the world the things that occur to him. It may begin with a simple, quirky remark from a writer that has left him amused for days on end, or something that has gone awry with his own travels across the country that has caused him to be downright annoyed. For example, it could be triggered by a moment in Kingston when, at an Indigo bookstore, he was forced to compete with a deafening cappuccino machine that finally silenced him. Gibson knew he had met his match. He ceased to address the crowd, but also resolved never to return to that city to promote his book. He designated the city a “Gibson-free zone.”

I met Gibson in Windsor when he was on tour for his book Stories About Storytellers: Publishing Alice Munro, Robertson Davies, Alistair MacLeod, Pierre Trudeau and Others. He had put together a one-man show that flashed a quirky drawing of each of the authors he had chosen to talk about, and he would pace at the front of the room, recounting what it was like to know and guide these authors’ works into publication. The stories were endlessly intriguing, and gave us all a glimpse of these characters that we might never find beneath the lines of their short stories or novels. They afforded us a picture of them not so much as icons for our literature but as people.

In his new book, Across Canada by Story: A Coast-to-Coast Literary Adventure, Gibson tells a somewhat different story—about the tour itself. His words once again touch upon the most intimate behind-the-scenes moments, including those irritating incidents that involve the sheer boredom that authors often find themselves trapped in when, at book signings or events, they are confronted by the curious who clearly are more interested in themselves than anyone else, notably the writers. Gibson has bumped into his share of them on his cross-country tour to regale audiences with anecdotes of editing the giants in Canadian literature. These included W.O. Mitchell, Alistair MacLeod, Hugh MacLennan, Robertson Davies, Guy Vanderhaeghe and Alice Munro. 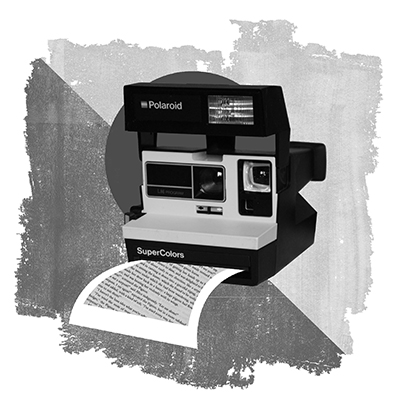 So along the way, one spots those wily souls who emerge from the crinkly wallpaper of book festivals like bugs to ambush authors. Gibson recalls, for example, Mordecai Richler encountering a woman who assured him that she, too, had a gift of writing, but acknowledged the one thing that stopped her was the inability of “putting ideas into words.”

Along the way, one spots those wily souls who emerge from the crinkly wallpaper of book festivals like bugs to ambush authors.

On the other hand, there are times on a book tour when a fan confesses to an obscure tidbit that blossoms into the most astonishing and surprising tale. A woman in Montreal left the ever-loquacious Gibson “speechless” when she confided that she was Hugh MacLennan’s daughter. The woman went on to explain that her mother, a married woman, had carried on with one of Canada’s most famous novelists for a number of years. She also said she had a cache of letters that revealed the particulars of that long-standing affair. Much later, Gibson arranged to meet this woman who handed over several “heavy bags” of documents, and ­correspondence, which, in combination with her resemblance to MacLennan, convinced Gibson she was telling the truth.

This digressive structural shape of the writing by one of Canada’s best-known editors is what makes this book so appealing. It is conversation, like gossip or good old fashion storytelling. It is like a Sunday ride through a country that is completely unfamiliar, and at every turn there is a surprise and with Gibson there is always that little reward. This is a man who loves chinwag. Loves a good yarn. Can’t forget a remark, or even the pub, or coffee shop, or a park, or bookstore or reading where a detour into such banter suddenly assumed paramount significance. After a while, you anticipate it. This is where Gibson shines. That is not to say the book lacks structure. Its chapters mirror the author tour he took when promoting Stories About Storytellers.

One of the first things that became apparent to Gibson on that cross-country journey was the realization that for years he had extended cautionary advice to authors about how “terrible … things would happen to them, and their books, in bookstores, in newspaper reviews, among their friends, in interviews, and so on.” And now on his first tour of his own first book, this literary maestro was tasting some of what he had prepared for them. Gibson was surprised at how rankled he was becoming when old friends would pause at the front of the queue of book buyers to chat “amiably” but would never actually pick up and buy “the damned book!” There was also a Toronto woman—“a nice, rich lady”—who proffered a book for him to autograph, but when Gibson folded back the cover, he spotted that it was a Toronto Public Library copy. “I can’t sign this!” he told the woman. She was clearly offended, and marched off in a huff.

But again, the stories behind the stories are always what is far more interesting. Writers are forever admonished to dig a little deeper, to plumb for those treasures beyond the surface and turn up the extraordinary among the ordinary. And here is someone with a deep understanding of the lives of so many of Canada’s best and most famous writers. Gibson, like no one else, grasped their writing habits, obsessions, weaknesses, the flaws that defined them and seemingly maybe made them more human. That may explain his loyalty to them, and the profound friendships developed in guiding these writers to recognition.

I think of Alistair MacLeod in his final days before he passed away in April 2014. The Windsor-based writer had suffered a debilitating stroke that January, and it had left him bedridden. Gibson made the trip to Windsor, not only to see the dramatic stage presentation of No Great Mischief, but also to see his old friend, the man from whom he literally had to wrestle the manuscript that would become that award-winning novel. Gibson’s memory of that visit is filled with emotion: “When the time came, my friend and I shook hands left-handed, and his handshake was significantly long and strong, and his brown-eyed gaze direct and meaningful. At this moment of dumbstruck high emotion, I remembered the MacLeod family motto above the piano at his home. ‘Hold fast,’ I blurted out.”

“Alistair made a farewell gesture between a wave and a thumbs-up sign. ‘All right,’ he said, and nodded. I like to think that it was more than a casual response. I like to believe that in fact it was the considered view of a fond husband and a father of six fine children who knew that all things considered, including a few million admiring readers, his life, now drawing to a close, had gone all right.” Indeed.

This insightful editor sometimes betrays how star-struck he can be by the presence of some of these writers whose literature he has helped shape into fame.

Gibson, however, returns to Alistair throughout this collection of tales. The book ends on a story from the Writers Union of Canada annual general meeting where he is asked to pay tribute to his old friend who died “as the sun rose on Easter Sunday.” Gibson regards this opportunity as “a perfect ending for a book about Canadian writers and writing.” The point that he is making in telling it is this: “[Alistair] … is not really gone. Because as everyone in the room realizes … writers have found a way to cheat death, to allow you to meet them long after their death. The work lives on. And what also lives on is the impact of lines like the unforgettable final words of No Great Mischief: ‘All of us are better when we’re loved’.”

Loyalty had other faces too. Gibson’s journey across the country strides into the neighbourhoods of writers everywhere, and that intersection into their lives as an editor is the substance of both books, this latest about the tour itself, and the former more specifically his relationship with the authors. Sometimes there are priceless flashes of humour. And good storytelling necessitates those moments of levity, a device that delights and keeps one listening. This is something to which Gibson gravitates.

His love of a good tale is illustrated by his account of struggling to come up with a cover for Rebel Angels by Robertson Davies. He hired a photographer, and proposed the idea of using “the distinctive roof-line of Trinity [College], set against a summer night sky.” Well, the exigent endeavours being executed to capture this, especially the moon against the dark sky, proved challenging. Gibson assisted the photographer in finding the best vantage point for the picture: “We decided that the perfect place for a shot in five minutes was from a window upstairs. I dashed up and discovered that it was in a washroom, with windows that opened. The presence of urinals encouraged me to believe that it was a male washroom, so our midnight visit would not present a problem. Yet when we crashed through the door, behind our heavy cases, at the sink stood a terrified young female summer student in flimsy pyjamas, foaming at the mouth—no, wait, brushing her teeth. It was a bad moment … We pleaded literary necessity, set up our cameras, and got the shot out of the window.”

Ironically that was not the picture that was used. The photographer saw another moment when the crew was retreating across the quad.

Of course, other times, this insightful editor betrays how star-struck he can be by the presence of some of these writers whose literature he has helped shape into fame. You can see this in Gibson’s story as he suddenly regards their books in an entirely new light. For example, he walks in awe through W.O. Mitchell’s childhood home. The silence nearly thunders in his heart. This is also evident in visiting Alice Munro “country,” where Gibson begins to notice the bones of her stories in the landscape of those little towns and villages in southern Ontario. It reminded me of a time when I visited James Reaney’s farm outside of Stratford, Ontario, and we walked the full length of the property, saw the pond, or the open area between the house and the barn, or the laneway leading up to the farm itself, and all of this prompted a recounting of the poet’s boyhood life here. The world of Reaney’s literature suddenly came alive in a new way.

In a sense, this is what is happening in this book. Gibson dips into the places and scenes that form the backgrounds to the lives of these fictional characters, except now he is meeting these people in the streets and town halls and coffee shops in every corner of the country. Gibson rightly believes that “books supply a special sort of passport in this country.” They permit access to the world outside of one’s own backyard. The author becomes the tourist. So does the reader. The journey is what is shared. It is a Kodak moment for both.

Marty Gervais is a writer, publisher and former newspaper columnist whose journalism, including his writings from Iraq, has won him honours. His most successful book was The Rumrunners: A Prohibition Scrapbook (revised and reissued by Biblioasis, 2009). Gervais is a recipient of the Harbourfront Festival Prize and the Queen’s Jubilee Medal.