The Consolations of Mortality: Making Sense of Death

In Book IX of The Iliad, Achilles tells Ajax and Odysseus that his mother, the goddess Thetis, has revealed to him a choice of fates: if he stays in Ilium and continues the siege of Troy, his life will be cut short but his fame will live forever; if he returns home, he will live a long life but his name will die with him.

The choice Achilles makes—to go out in a blaze of glory—is emblematic of one of the ways humans try to make peace with death. After all, failing the existence of a spiritual afterlife, having one’s name live on is about the closest thing to immortality we can hope for. And yet, even if, like Achilles, we could secure some guarantee that posterity will remember us, how much consolation does this really offer in the dark existential hours of night? If our bodies do not house an immortal soul that will survive us, how can any thought of death not be, at the very least, deeply sad?

In The Consolations of Mortality: Making Sense of Death, a wild romp through epistemology, metaphysics, ontology and philosophy of mind, Andrew Stark, a professor of strategic management and political science at the University of Toronto, explores the possibility that death is not an inevitable evil, but a kind of blessing. He argues that the wisdom of the ages has handed down four basic ways of taking consolation in the thought of our own ends: that death is actually a benign or good thing, that through mortal life we can acquire an intimation of immortality, that immortality would be malignant and that life gives us all the bad things death does. 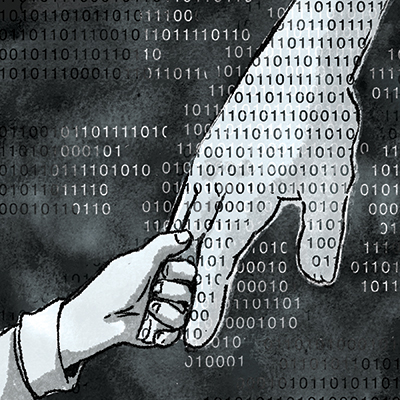 In short and readable chapters that anchor philosophical questions of time, the self, memory and identity with anecdotes from literature, popular music, art, sport and cultural bric-à-brac like memorial plaques and bucket lists, Stark evaluates these strategies for neutralizing death’s sting.

He begins with and spends most of the book exploring the question obliquely posed by the first consolation: despite our natural anxieties, is death, in and of itself, really all that bad? If we examine it in the right light, can’t it seem harmless? Stark argues that there are three common approaches to this understanding of death: Epicurean, existentialist and Buddhist. The Epicurean approach, following the insights of the fourth-century Greek philosopher, posits that because life is not present when death is and vice versa, by the time death arrives, we are no longer there to worry about it, rendering fear of death a kind of category mistake. The existentialists, on the other hand, suggest that without death, we would never appreciate life. The Buddhists question whether the self that dies can really be said to exist in the first place. Stark dedicates a lot of time to chasing down the various permutations, elisions and implications of these approaches, but in the final analysis he remains unconvinced: any consolation that relies on clever logic and intellectual gymnastics will not, he believes, ever prove psychologically comforting.

For Stark, this is very much the point. He tells us at the outset that he aims to approach his subject not from the perspective of a philosopher or literary critic, but of an “everyday bundle of ego and anxieties who loves life and is looking to console himself about death.” For a consolation to be effective, it has to be emotionally satisfying as well as rationally convincing.

That bundle of ego and anxieties is similarly not calmed by the second consolation: that mortality intimates immortality, and the goods of immortality are already available to our mortal selves. After considering various possible ways of preserving elements of ourselves after death, from putting one’s name on a building to keeping an electronic life-log like that of Microsoft engineer Gordon Bell, which records everything he sees, hears, reads, thinks, does and dreams, Stark concludes that no matter how robust (or slim) an account we leave to the world, it will always be missing something essential: us.

Then there is the idea that immortality would be malignant. Stark argues that if we stayed the same as eternity rolled on, we would either be crippled by a terminal boredom in a static world, or left heartsick with nostalgia in a rapidly changing one. If we changed, and our memories eventually fell away to be replaced by new ones, wouldn’t that be a kind of mortality in itself? In any of these accounts, living forever would eventually lead to something much worse than death.

The final consolation, that with all its losses, life itself is nothing but an intimation of death, Stark finds less convincing. While he acknowledges that in a metaphorical sense the losses we experience in life seem to presage the final losses of death, he argues that there is a categorical different between watching husbands and wives walk out or friends drift away and contemplating the annihilating loss of individual consciousness. However painful we find the vicissitudes of life, at least we are there to experience them.

Clearly, this is a lot of ground to cover, and Stark is nothing if not ambitious; to his credit, for a book that bites off so much, Consolations is fairly easy to digest. Whether or not it contains much that is convincing is another question.

As Stark explains in the introduction, his overriding interest is personal: he does not want to provide a comprehensive overview of how each of these consolations has been presented and understood over the course of history; he wants to know if they can really make us feel better about death. The problem, of course, is that whether one finds a particular consolation useful is likely to be highly idiosyncratic, and, in presenting his own arguments for why certain consolations work while others do not, he is forced to resort to a kind of rhetorical arm twisting to keep his readers on side.

For example, after his whirlwind analysis of Epicurianism, existentialism and Buddhism, Stark concludes that “any consolations that rely on equating our selves to statues of chains, or the moments of our lives to trophies or tools, ultimately won’t grab us. They implausibly deny our reality.” Certainly, there are those who might agree. But others are likely to find his summary rejection of 2,500 years of human thought after 86 pages of often convoluted syllogisms and thought experiments to be, at the very least, presumptuous.

Part of the problem lies in the tension between Stark’s goals and his style. Although his subject matter forces him to engage in sophisticated philosophical questions about the nature of time, identity and language, he rarely avails himself of the kind of vocabulary philosophers have developed to simplify and navigate them. Instead of exploring historical or cultural context to understand why certain consolations have gained traction in certain places at certain times (How can one talk about existentialism without talking about the Second World War? How can one talk about Buddhist thoughts on death without also discussing the Buddhist understandings of passion and ego?), the tool he most frequently reaches for is the thought experiment, which leads him, and us, into page after page of abstractions only tangentially related to the question of consolation. (A few examples: if a person changes completely over time, are they still the same person? Can we imagine human life not as a journey, but as a statue that stretches out in time instead of space? If someone teleports to another planet by way of a machine that annihilates and then reassembles that person, can that individual be said to have died?)

Consolations is also guilty of another serious lapse. To pose questions about death is, ipso facto, to pose questions about what it means to be alive, and for humans that means understanding what the self is. Behind Stark’s own whimsical definition (“bundle of ego and anxieties”) lurks a host of ambiguities. Stark never quite says whether he thinks the self is coterminous with consciousness, whether the self is consciousness plus memories, impulses and appetites, or if the self also includes the compendium of ideas, attitudes and behaviour we present to the world through our interactions with others. At various points, he seems to entertain each of these definitions; the problem is that depending on which of these definitions one assumes, death will mean something slightly ­different.

For example, while a person suffering from advanced dementia clearly retains consciousness, we often talk about that person as though “no longer there,” precisely because the memories, impulses and appetites that constituted his or her identity are gone. There is a real sense in which the person we knew is dead. If, on the other hand, self includes the public façade as well as the private experience, it is entirely reasonable to speak of a person’s afterlife, as Stark acknowledges when he talks about the sense he has gained of “knowing” Winston Churchill through biographies, film clips and ­anecdotes.

This is not simply an issue of semantics. For Achilles, what carries on after death—the fame of his deeds—is more precious than the decades of happiness he could have spent back home in Phthia because his identity is profoundly social; for Achilles, existence is a matter of being seen by others and remembered by them. Such appeals to posthumous glory ring hollow for Stark precisely because his understanding of self is profoundly individualistic. It is not consolation enough that his ideas, work and insight are of value to those who come after him, or even, for that matter, that his children carry on his genetic material; he needs to believe dying is actually better—for him.

The problem, ultimately, is that in building his argument for or against different consolations of mortality, Stark makes a lot of assumptions about how his readers view themselves, and what they value about life in the first place. The deeply individualistic conception of self that emerges over the course of the book, is, even among non-religious thinkers of the 21st century, highly tendentious. For those who share it, Consolations may well be a helpful book; for those who do not, it leaves many unanswered questions.

For all these faults, Consolations is unflaggingly interesting. In his intellectual grand tour of possible consolations, Stark deftly folds dozens of different thinkers and traditions into a compact, many-faceted book. He is at his strongest when simply paying attention to the quirks and inconsistencies in the metaphors we commonly use when talking about life and death.

Love of life and fear of death, it would seem, are too deep within the bones of our species for even the most tightly reasoned consolation to reach. If that is not exactly a comforting thought, perhaps it is one that frees us to focus, as Achilles did, on how best to spend the lives we have.