The way we think about race is changing. Consider a Toronto Star story from December summarizing an important study on police carding: “Random street checks, or carding, should be banned as there is little evidence to show the practice is useful in reducing crime, while it disproportionately affects racialized individuals.” Had a similar story appeared ten years ago, it would have referred to the harmful effect carding has on visible or racial minorities. Unlike these older labels, the new term “racialized” suggests race is something imposed on people by society.

The difference between the new conception of race and its older counterparts is nicely summed up by City University of New York philosopher Charles Mills: “People are ‘raced’ according to particular rules—we shift from a noun to a verb, from a pre-existing ‘natural’ state to an active social process—and these ascribed racial identities then tendentially shape their moral standing…and life chances.” The view that race is the result of a social process has become so widespread that much research on race now endorses what academics call racial eliminativism, which holds that we should stop referring to race altogether. As the evolutionary biologist Richard Lewontin has made this case, “human racial classification is of no social value and is positively destructive of human relations.”

A new book argues that there is a respectable way to think of race as a biological attribute after all—without any of the racist baggage that so long accompanied it. Rethinking Race (Harvard University Press) is by Michael Hardimon, my departmental colleague at the University of California, San Diego. His book debunks the idea that race must be either natural or social, and persuasively argues that our experience of it straddles both domains. 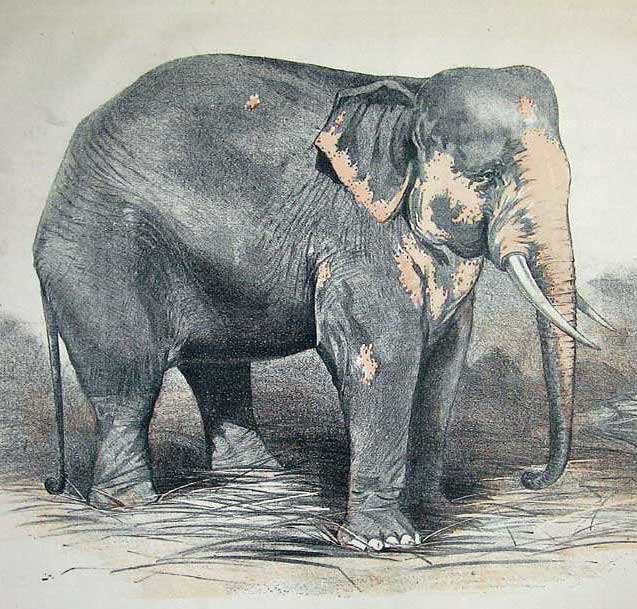 Although eliminativists are Hardimon’s target, he agrees with them on a central point. “There is one specific race concept that ought to be removed from our vocabulary,” Hardimon writes, referring to what he terms the racialized race concept. It is the “familiar pernicious traditional, essentialist, and hierarchical race concept,” according to which races have fixed biological essences that correspond to differences in traits such as intelligence or moral sensitivity, and which is supremely offensive in ranking races as superior or inferior.

Rethinking Race opens with a lucid summary of the familiar problems that undid the hierarchical concept of race. If the old view were true, we would expect human beings to be sharply divided by skin colour. But skin colour varies as much within races as across them. Lewontin and other biologists have long noted that there is also more genetic diversity within racial groups than there is across them. For a concept meant to capture something deep about the human condition, it is striking how little race explains at a genetic level.

But where many scholars and activists take these considerations to show that race has no biological reality, Hardimon draws a more nuanced conclusion. His approach is influenced by a biological idea known as “population thinking.” Before Darwin, biologists used “typological thinking” to classify species: Hold the specimen up to the light and look for the features it shares will all other members of its species. Population thinking in biology preserves the idea of species, which is often now defined as a naturally interbreeding population that is
reproductively isolated (as when, for example, it occupies a remote habitat), but rejects the idea of visible physical traits that all members of a species share. Hardimon’s concept of race, as in biology and unlike the racialized view, rejects the idea of always-present racial essences or traits.

For Hardimon, race is a concept that applies primarily to groups rather than individuals. At the group level there will be patterns of physical features more common in one racial group than another, but there will be members of that group without that trait. So a person could be white, for example, even if they lack light skin. But in addition to a pattern of physical traits, Hardimon argues, members of a race are linked by “a common ancestry peculiar to members of the group, and that originates from a distinctive geographical location.” So Asian, white, and black racial groups exhibit different patterns of skin colour and hair texture because they descend from different populations that originated in Asia, Europe, and Africa, respectively.

Hardimon calls this the minimalist concept of race. It sees race as biologically real but trivial. In a chapter on medicine, Hardimon discusses a handful of race-related genetic differences that do appear to be medically relevant, such as the genetic mutation that makes cystic fibrosis most common in whites. But outside these rare medical cases, race does not predict anything biologically deep or important about human beings. Hence his book’s subtitle: the case for deflationary realism.

Critics have disputed the biological reality of race by noting that the boundaries of racial groups have changed historically, a process that historian Noel Ignatiev highlighted in the title of his book How the Irish Became White. But what this history shows, according to Hardimon, is the existence of a third racial concept, what he calls socialrace. Socialraces are what we are left with after we have torn the curtain away from racialized race and exposed its biological claims as social projections. Because particular socialraces are products of belief, they can change over time: hence the history of the Irish being assigned their own racial designation. But even if the Irish only became white in a social sense in the nineteenth century, they were always white biologically. Today the main reason to employ the concept of socialrace is to expose false beliefs about race and undo the damage they have caused.

The distinctive feature of Hardimon’s view is its inclusion of a biological but non-racialist concept of race. Biological concepts of course must be judged by how well they explain biological reality. Yet his account may also have an attractive political feature worth noting.

Recent years have seen members of racial and cultural majority groups adopt a minority identity. Rachel Dolezal, for example, is a former president of the Spokane, Washington, chapter of the National Association for the Advancement of Colored People. In 2015 she made headlines when it was revealed that, although she was born and raised white, she identified as black, a condition she characterized as “transracialism.” In Canada, Saint Mary’s University academic Darryl Leroux has documented the rise of “self-Indigenization,” whereby thousands of white Quebecers and Nova Scotians have dubiously proclaimed themselves “Eastern Métis.” The trend is of concern to genuine Métis people who fear the loss of their ability to exercise hunting and other constitutional rights.

The early history of Métis people in Canada may have been due to the encounter of European and Indigenous racial groups, but Métis people today define themselves in broadly cultural terms. The branch of Hardimon’s theory that may fit them best is his account of ethnicity, which only sometimes overlaps with socialrace and which need not involve visible physical appearance. But even if Métis people themselves are not a biological race, the rise of self-Indigenization should prompt us to ask how we would respond to “self-racialization” on a similar scale. What if equally large numbers of white people were to follow Rachel Dolezal’s example and help themselves to affirmative action programs intended for black people?

Hardimon’s theory can easily condemn both traditional racism and transracialism, regardless of how popular the latter becomes. Purely social accounts of race would seem hard-pressed to explain why transracialism, should it ever become socially accepted, is any less legitimate than existing racial identities. Racism is cunning and able to take on new shapes. Contrary to much conventional wisdom, a theory of race that is both biological and cultural may be our best defence against its many diverse forms.

Andy Lamey teachers philosophy at the University of California at San Diego and is author of Duty and The Beast: Should We Eat Meat in the Name of Animal Rights?, forthcoming from Cambridge University Press.