Masters and Servants: The Hudson’s Bay Company and Its North American Workforce, 1668–1786

When customers walk into a Hudson’s Bay department store — there are just over ninety of them across Canada — do they know much about its parent company? Sure, they’re probably aware that the Bay has been around a long time, that it proudly sponsors the Canadian Olympic team, and that it may soon end up in the hands of an American owner (again). But they may not realize the original Hudson’s Bay Company was once the lifeblood of early North America. And it’s doubtful they know that HBC was the main influencer and de facto government for much of the continent.

It appears that even some historians have things to learn about one of the world’s oldest businesses. For years, research into the formative relationship between the mammoth fur trader and its light brigade of employees has relied on incomplete conjecture and deficient source work. With Masters and Servants, Scott P. Stephen attempts to unveil little-known aspects of the company’s seventeenth- and eighteenth-century history — a period with parallels to both early modern Europe and the antebellum American South. A historian with Parks Canada, with specializations in the fur trade and the settlements of western Canada, Stephen acknowledges that writing this book was “not a straightforward task.” Since the Bay’s “abundant surviving written records” do not include “policy documents or guides to ‘best practices,’” he had to take several deep dives into organizational correspondence, company minutes, and bird’s-eye-view accounts to understand and appreciate “patterns and policies in the HBC’s approach to recruiting, retaining, and dismissing Euro-Canadian (mostly British) workers for its trading stations in North America.”

This book doesn’t resemble anything close to a spy novel or an action-adventure film: it’s heavily detailed, with some fairly obscure information and statistics, and occasionally moves at a slow pace. Nevertheless, it’s an important and valuable contribution. Stephen has opened a new window into early HBC history, while revealing some of the good, some of the bad, and some of the ugly of a legendary institution.

We often think of the Bay as a sprawling company located in every corner of Canada. But at the beginning, its size and scope, in what was then known as Rupert’s Land, was a fraction of the reach of its major competitors. By 1620, for instance, the East India Company had a dozen trading stations, employed something in the neighbourhood of 200 agents, or factors, and had built two shipyards on the Thames in England — a mere two decades after its founding. By 1689, the Royal African Company had eighteen factories, forty ships, 300 European men, and scores of African slaves. What about HBC? Twenty years after it was established on May 2, 1670, Stephen writes, it “controlled only one factory and employed no more than 70 men.” Even after it expanded inland, in 1774, it had just 530 “servants” working for it. In fact, until HBC recruited more heavily in North America during the nineteenth century, it was simply “one of many extensions of the British labour market.” Nonetheless, it’s an illustrative one:

The movement of men to and from the Bay was just one aspect of domestic labour mobility. . . . HBC servants numbering in the hundreds may seem inconsequential next to the more than 400,000 British people who migrated to mainland North America during this same period, but they were representative in the sense that between half and three-quarters of all the Europeans coming to the Americas did so under some form of labour contract, indentured service being the most common.

The master-servant relationship that Stephen evokes with his title was there from the very beginning. The Bay’s early trading posts operated in a surprisingly similar fashion to traditional English households. There were superiors, or masters, who made decisions about cultural traditions, religious faith, and so forth. The households also included servants, a term that in early modern England “basically referred to men and women who worked for and were maintained by a single master.” Unlike slaves brought from Africa to the U.S. South, servants in the fur trade were “sojourners who came for a while and then moved on,” which meant that employment at HBC was a “life stage” rather than a life sentence. In one of his more intriguing chapters, Stephen shows how servants were kept, removed, promoted, or, if they were fortunate, given raises (though “the juicy carrot at the end of the long stick of indentured service” was more often than not “conspicuously absent”). 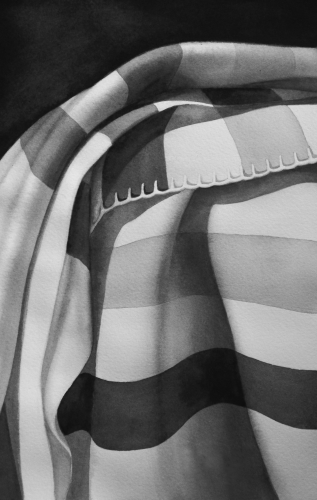 At times, labour relations were strained and affected the company’s general health and stability. Yet there were also relationships at the forts that could be described as “quasi-parental.” The young boys and men who worked as servants learned their craft from more experienced men and often formed bonds with them. Such periods of surrogacy were often important, albeit brief, phases of life. They even “unintentionally fostered emotional relationships,” as in the case of the apprentice Richard Norton, who married the daughter of the man who trained him, Thomas McCliesh Jr. In rarer instances, the influence of older men helped build a type of master-servant or master-apprentice relationship that was mutually beneficial for an extended time.

Stephen describes the company’s first five decades, “from its founders’ first voyage in 1668 until the Utrecht transition,” as a “foundational period.” Following French attacks on HBC posts in 1686, an initial sense of “optimism and expansion” gave way to a “period of drastically curtailed operations.” Then, in 1713, the Treaty of Utrecht ended the War of the Spanish Succession between England and France. It was a boon for HBC. Fierce competition from monopolistic companies in New France was no longer a major concern or economic burden. Directors could freely expand their staffs, and they recruited a wide variety of servants from many walks of life.

The Orkney Islands, off the Scottish coast, became a natural place to select labourers, because they could be hired at cheap rates. Orkneymen demanded only “six pounds per annum for a labourer, when wages of English hands were ranging from six to twelve pounds in their first year.” Orkney sons who worked for HBC for several years provided important sources of income to their families; they worked alongside Londoners, as well as Inuit and Chippewa slaves captured by the Lowland Cree.

“In 1779, after its first century, the Hudson’s Bay Company introduced its now iconic point blanket, which countless Canadians continue to purchase each year.”

Canadiens, or voyageurs, also played a part. Andrew Graham, an HBC chief factor, once said this French-speaking group was composed of “chosen Men inured to hardships and fatigue, under which most of your present Servants would sink.” Others, like another chief factor, Matthew Cocking, agreed with HBC’s governing committee that the Canadiens were “unfit” for service due to the “pedlars’ habit of hiring reckless and improvident men who could be relied on to spend all or most of their wages in their master’s store.” Many wanted to hire them only as specialized servants who could build birchbark canoes and use their wilderness skills to benefit the company. Alas, due to perpetual distrust and deep-seated concerns about their work habits, recruitment of voyageurs declined in the 1780s.

The factor James Isham, who worked for HBC from 1732 to his death in 1761, kept detailed notes and records that have aided previous scholars, and these make an appearance here. In his ledgers, Isham described some servants as “sober” and praised several for their “honesty.” He would give others a gold star (of sorts) for being a “good hand” or “good workman.” While his language was far from poetic, his analyses enabled directors back in London to perceive differences between servants. The company could then determine who was competent in specific areas of the fur trade and remove individuals who were perceived as troublemakers or simply not up to the task.

Masters and Servants also examines the establishment of HBC’s first inland post, Henley House, in 1743. Unlike the French, the English began setting up posts near Indigenous villages, hoping to establish new bonds that could guide fur trappers through difficult parts of the rough, undiscovered terrain — what Stephen likens to a “transition toward more energetic experimentation and inland expansion.” In some ways, that was true. And this is what Joseph Isbister, head of Fort Albany, intended with Henley House, located roughly 250 kilometres west of James Bay, in present-day Ontario. Eventually, it became vulnerable to attacks by the Lowland Cree, who weren’t interested in establishing friendly relations. Some servants died, while others abruptly abandoned their contracts, paid the required five-pound penalty, and headed home at what could be described only as lightning speed.

In 1779, after its first century, the Hudson’s Bay Company introduced its now iconic point blanket, which countless Canadians continue to purchase each year. It’s a unique and enduring symbol of old meeting new. With his detailed writing style, Scott P. Stephen tells new stories behind that old symbol in an honest, forthright manner. He offers fresh insight into the path a historic fur trading business took to become one of Canada’s most recognizable retailers. Once again, old meets new — and, in this case, servant meets master.

I was disappointed that the review of The Human Factor, by Scott P. Stephen, made no mention of the Indigenous role in the Hudson Bay Company’s reach and success. It mentions only that the Cree attacked the HBC. While Stephen may or may not have included discussion of Indigenous connections, I was looking for the reviewer to at least acknowledge their existence in the trade chain. Michael Taube even gave a nod to the French voyageurs as scouts but managed to entirely ignore the Indigenous links that made everything else possible. And, of course, Indigenous women also became wives of employees and eventually part of the Métis Nation.