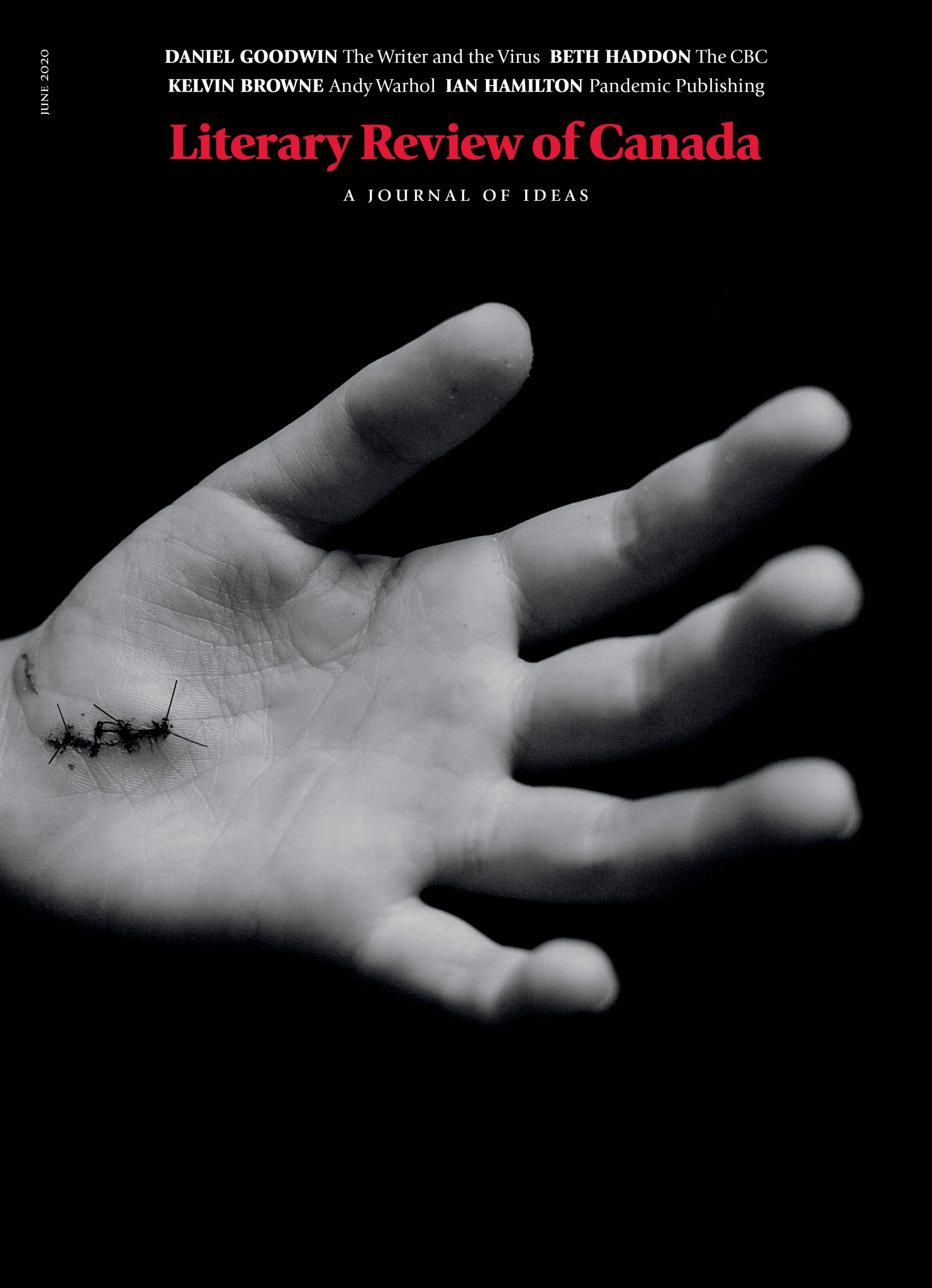 RE: “Stitches (Poppy),” by Grant Harder

We love the magazine, but June’s black cover, with stitches on an injured hand, is depressing. We keep that one face down on the coffee table. As nature photographers and filmmakers, we live in a world of colour or sometimes dramatic black and white landscapes, which can be very effective. But this shot is so gloomy, and seems to lack any purpose.

Re: “Don’t Stop the Presses,” by Kyle Wyatt

The number of newspapers closed since 2008 is nowhere as high as you and Ryerson’s Local News Research Report Project claim. News Media Canada posts an annual count on its website, which shows there were 1,026 community newspapers in 2019, compared to 1,042 in 2011, the first year a full inventory was taken.

Paid dailies have fallen from ninety-eight in 2008 to seventy-four this year. About half weren’t closed, per se, but were merged or had their frequency reduced. Many of the losses came in 2017, in Ontario, when Postmedia and Torstar traded thirty-seven titles (the Competition Bureau is investigating). This pattern was also seen in British Columbia, where twenty-two of the thirty-three papers exchanged between Glacier Media and Black Press, from 2010 to 2013, have been eliminated (the Competition Bureau has not yet investigated). And the number of free dailies has dropped from forty-seven in 2008 to five, mostly due to the recent extinction of commuter tabloids.

As I showed in Greatly Exaggerated: The Myth of the Death of Newspapers, from 2014, newspapers enjoy economic features that have allowed most to continue making double-digit profit margins despite a sharp drop in print advertising. This remains true based on my examination of recent annual reports. Newspaper companies have adapted by increasing their cover prices, and most now charge for online access. Losses reported in the tens or even hundreds of millions of dollars are strictly on paper and represent the reduced book value of these businesses.

It is difficult to resist the suspicion that the number of newspaper closures in Canada has been inflated in advance of the ongoing $595-­million federal bailout. This will be the subject of my forthcoming book, The Great Canadian Media Swindle.

The idea of separating the CBC’s news resources from all other programming goes back at least a quarter century. Its feasibility is nearing the end of its shelf life, and its potential may have even been an illusion this whole time. An all-news CBC hinges on the Mother Corp’s superior news-hunter abilities, something hardly in evidence with The National (a stumbling program with ratings far surpassed by rival CTV National News). And don’t buy the “blame Facebook” excuse for the long slump. In the early ’70s, the CBC was able to reinvent itself. As It Happens, for example, wasn’t just another Canuck retread, the way CBC Gem is a wannabe Netflix. That program set standards worldwide.

So, a cocky CBC? Call in Uncle Chichimus and Hollyhock.

A good book review is more often than not a great feat of distillation. And this Literary Review of Canada piece on what ails the CBC is one of the best I’ve read.

I was impressed by Beth Haddon’s even-handed calm in her review of The End of the CBC? This is an issue that tends to arouse extreme emotions, but I would add one small amendment to the book’s proposals for the broadcaster’s future. Aside from news, the CBC seems to excel in another area: sketch comedy. I recall that the CRTC squashed the attempt by Newsworld (as it was then) to include comedy programming more than twenty years ago. But in our own era, with definitions increasingly blurred and a growing number of young people encountering news only through satire, I think that a revamped all-news CBC could still find room for shows like This Hour Has 22 Minutes and Baroness von Sketch.