Do Androids Dream of Electric Cars? Public Transit in the Age of Google, Uber, and Elon Musk

James Wilt
Between the Lines
293 pages, softcover and ebook

Amid the pandemic, we cannot help but reflect and imagine how to make our future lives better. What timing, then, for James Wilt to publish a book on an underlying problem that has dogged us for over a century. In Do Androids Dream of Electric Cars? he positions transportation as the centrepiece in our collective fight “against the forces of inequality and oppression” that are epitomized by the automobile. Indeed, how we get around is intrinsically “linked to many other issues including housing, food, and access to healthcare, education, and social services.” And without proper transportation for all — whether urban, suburban, or rural — any “improvements in those sectors can’t be fully accessed.”

For Wilt, we can win this “war for streets and communities” through public transit, which he frames in absolutist terms: “Public transportation must be funded as oppositional to automobility.” On one side of the fight are transit riders and workers; well-funded tech firms like Tesla, Uber, and Waymo are on the other. The decisive battle will be over the will of political leaders: Is it possible to convince them that novel tech solutions are mere stopgaps? That we need to invest instead in a long-term vision of public transit? In other words, can and will leaders prioritize the needs of citizens today and tomorrow, rather than the profits of corporations?

The weapons brandished by the tech firms in this campaign are the so‑called three revolutions: electric vehicles, ride hailing, and autonomous vehicles. Silicon Valley touts these as ways to decrease car ownership, fight climate change, and increase transportation access for elderly and disabled people and other disadvantaged groups. Wilt considers each revolution in several thematic chapters (on inequality and poverty, on congestion and safety, on rural and intercity travel, and so forth), and then compares and contrasts their efficacy with public transit’s. Needless to say, batteries, apps, and machine learning simply aren’t revolutionary enough. 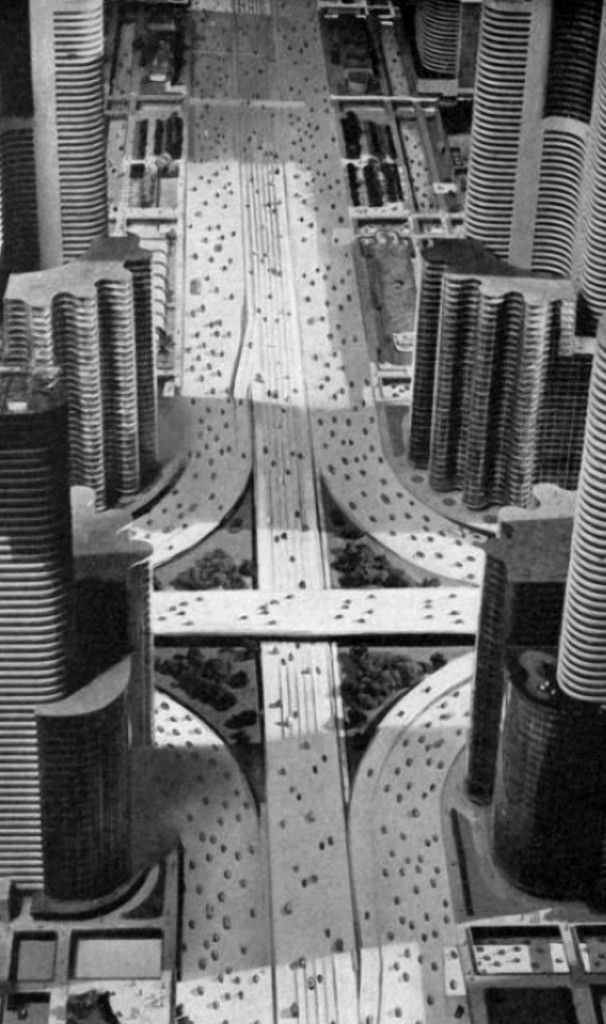 That is not to say this is some sort of public-transit puff piece. Wilt questions existing transit systems and highlights many of their faults. He argues that fares do not impede transit usage, as some contend, but “overwhelmingly poor service” does — particularly in smaller communities. And that fault can be overcome only by prioritizing public transit (especially as fare-dependent systems like New York’s MTA and Toronto’s TTC have seen ridership bottom out in recent months).

To realize the full potential of public transportation, society needs to overcome two cultural hurdles: the centrality of the automobile and the popular perception that venture-backed technologies can solve all of our problems.

North America clearly has a deep-seated bias toward individual car ownership — a powerful proclamation of our independent, atomistic ways. In his 1973 book, The Private Future: Causes and Consequences of Community Collapse in the West, the British architecture critic Martin Pawley called the automobile “the shibboleth of privatization; the symbol and the actuality of withdrawal from the community.”

Wilt relates the history and development of systemic car supremacy, beginning with the first U.S. federal roads program in 1916 (only eight years after the first Model T came off the line). The role of public transit systems — which really started to coalesce in the early nineteenth century — suffered alongside the car’s ascendance and declined even further with the rise of neo-liberal policies in the 1970s. Such policies generally took the form of deregulation, privatization, and public-private partnerships. These approaches have increased public transit costs (development, maintenance, and fares) and decreased quality. It’s a vicious cycle cloaked in the trappings of fiscal responsibility: a lack of public funding makes the service worse and often more expensive, which makes fewer and fewer people want to pay for it, which justifies more cuts and reinforces the centrality of cars. But, Wilt argues, making transit “fare free”— without the “inconvenient and humiliating means-testing processes” of discounted fares for some — can dramatically increase ridership, as we’ve seen in nearly 100 communities across Europe and North America, including Missoula, Chapel Hill, Victoria, and Kansas City, Missouri.

“Solutionism” is another cultural impediment to sound transportation policy. The Ned Ludds of the world notwithstanding, we have a tendency to think that tech can solve just about anything. Especially for political leaders — who need to appear to be doing something, and now! — technology solutions become convenient substitutes for substantive policy making.

Wilt, a freelance journalist in Winnipeg, has put together a well-written text that’s packed with data and practical examples. He has drawn from a staggering number of articles and conducted dozens of interviews himself. However, the book begs for an overall theoretical framework. Early on, for instance, Wilt mentions the concept of “mobility justice,” but he does not exactly integrate it into his own findings.

We need some sort of guiding framework, because we know, in this post‑fact world of ours, how unconvincing mere data can be. Wilt’s cynical reader might retort that people are too enamoured of individualism and convenience to be swayed by stark, rational arguments for good society and sustainability. And while this book may not convince the skeptics, it could help radicalize those curious about transportation activism and serve as a useful repository for transit wonks and academics. Sympathetic readers might want to create riders’ unions, team up with organized labour, or embark on door-knocking campaigns, for example, and Wilt arms them with useful context for starting those conversations. Still, this is not a comprehensive manual for reform. It leaves out many details about how transit systems and funding work on the local level — which is probably appropriate considering the wide differences across provinces, states, and municipalities.

“Transit, of course, is so much more than getting from A to B.”

Wilt also skims over car sharing, particularly of the cooperative variety. That’s somewhat surprising since the Peg City Car Co‑op, in his hometown, is a Canadian leader. As an example of how private companies cannot be depended upon for transportation needs, he does mention Car2Go. The German company began operating in the United States in 2010 and in Canada the following year. A decade later, in early 2020, it ceased all operations in North America while citing a “volatile” market — a move that affected 800,000 customers. But there’s much more to the car-sharing story than headline-grabbing corporate players.

Unlike for-profit car-sharing outfits, driven by scale and returns on investment, co‑ops can respond to the interests of their members, a feature that Wilt considers a key to effective transportation planning. Consider Modo, which has served British Columbia since 1997. Individuals and small companies alike use the co‑op’s vehicles for personal and business purposes. In fall 2019, Modo surveyed its members about allowing drivers to use its cars for ride hailing, too: 66 percent of respondents said the practice should not be allowed, out of concern that too much of the fleet would be pressed into for-profit service. And that would be a “misalignment” with the co‑op’s “core social purpose.”

Studies have shown that ride-hailing apps like Lyft and Uber actually contribute to congestion, but research also shows that a single car-share vehicle can take between nine and thirteen other vehicles off the road. When my family of four left Vancouver for a car-centric community in the B.C. Interior, a car-share co‑op let us stay car free. And because many co‑ops have linked their services, I could “roam” in other communities, taking advantage of other collectives while on business or holiday. More of this bottom-up, member-first networking should be encouraged.

Ultimately, Wilt is a radical, not a reformer: he wants to get rid of personal cars outright and everywhere. Because Do Androids Dream of Electric Cars? is primarily about funding public transit, he doesn’t go into the specifics of a car ban, but outlawing those vehicles is clearly his ultimate mission.

Wilt’s shorter-term goal is to show that public transit can be more accountable to the needs of people. Democratic oversight would allow us to steer our transportation providers away from pure profit and toward meaningful action on climate change and other social issues. Rather than taking a piecemeal approach to organizing disparate private actors, we can culturally reposition public transit — and not Elon Musk’s latest gadget — as the holistic solution. As Wilt puts it:

The strengthening of public transportation can be combined with many other social movements: communities struggling for housing rights, minimum wage increases, unionized and dignified work, abolition of policing and incarceration, better healthcare, and improved community safety and resiliency.

Transit, of course, is so much more than getting from A to B. The history of twentieth- and (so far) twenty-first-century transportation policy is one of destruction of wetlands and neighbourhoods, racial segregation, gentrification, exacerbating inequality, food deserts, air pollution, and millions of accidental deaths and injuries. Reimagining how we move around is fundamental to addressing many of society’s ailments — ailments that we cannot expect an Uber or Waymo to solve for us. James Wilt’s book provides a timely service. Now we have to take the next step and plot our route to a more just and sustainable society.