In her acclaimed book from 2006, Demonic Grounds: Black Women and the Cartographies of Struggle, the feminist geographer Katherine McKittrick wrote that the “well-known history in the Americas, of white masculine European mappings, explorations, conquests, is interlaced with a different sense of place.” It’s this different sense of place that the historian Joan Sangster vividly describes in Demanding Equality: One Hundred Years of Canadian Feminism, which covers the feminist movements in this country from the 1880s to the 1980s. Illustrated with period photographs, satirical cartoons, and candid shots of protesters, Sangster’s precisely written yet wide-ranging book is a tour de force that chronicles the struggles for “equality, autonomy, and dignity” in all of their rich complexity.

Throughout, Sangster describes a century of “polyphonic” activity: “It was a chorus of diverse political voices (not necessarily singing in harmony) rather than solos sung by a few woman leaders.” The struggles that she details were indeed varied, informed by changing understandings of equality among many social groups. In the mid-nineteenth century, for example, Black women, convinced of the importance of education for social advancement, created the first “literary societies” in Ontario. Together, they read, recited, and performed texts to cultivate the qualities that would uplift “the race” despite the white supremacy that sought to limit their freedoms. Later, in the early years of the twentieth century, Finnish immigrants established a short-lived utopian community named Sointula (Place of Harmony), on Malcolm Island in British Columbia. Here they emphasized gender equality, along with the equal right to act as “free citizens in free bodies.” At the same time, and in the years since, Haudenosaunee women insisted to the Crown that they had the ancestral right, as clan mothers, to choose life chiefs and to depose those they found to have committed grave offences.

These multiple and vibrant efforts were undertaken in response to a radically oppressive context, one in which all “women were judged to be intellectually, physically, and/or psychologically inferior to men.” In her introduction, which frankly contextualizes the emancipatory motives behind many histories of marginalized people, Sangster reminds us of the ways that women were legally regulated, restricted, and infantilized. “For decades, they could not vote, sit on juries, run for office, have control over their wages, own their own property as married women, secure a divorce on the same terms as men, have custody of their children,” she writes. “Countless laws — such as those delineating self-defence, Indian status, sexual assault — were written in accordance with dominant ideals of patriarchy and masculinity.” 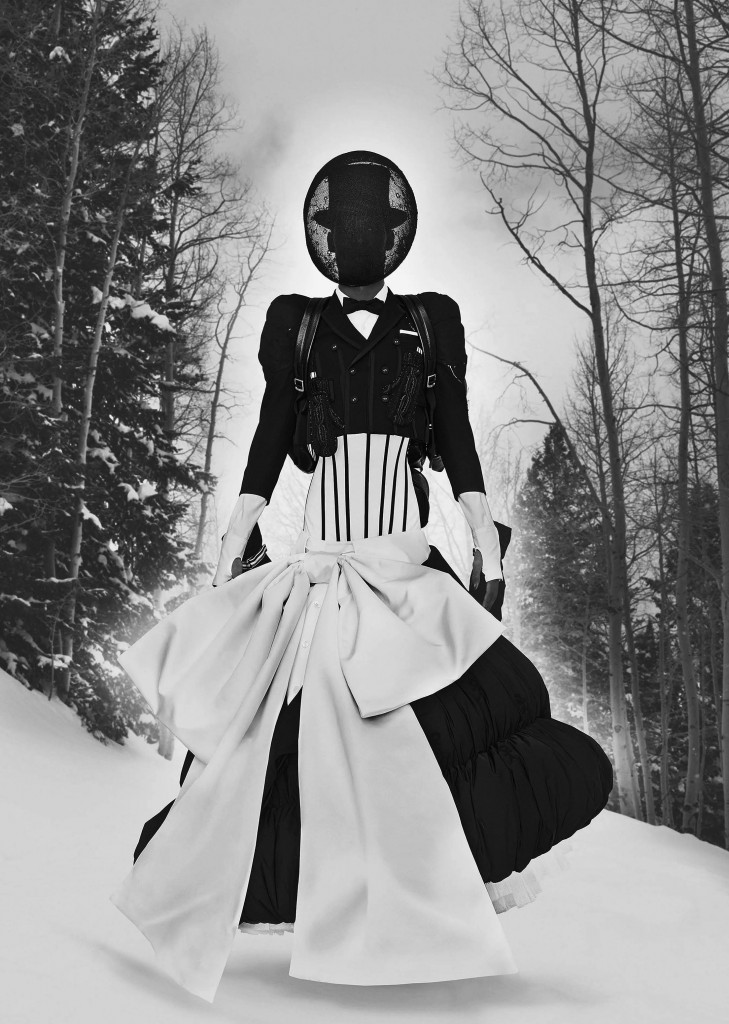 The many notes of feminism.
Image by Xinhua; Zuma Press

While all women faced multiple formal legal and political restrictions in Canada, the degree, severity, and kind of oppression varied. Consequently, hard-fought gains rarely emancipated everyone; victories were piecemeal. Women of Asian descent, for instance, could not vote in British Columbia until decades after white women had secured suffrage. Status Indian women could not vote federally until 1960 (nor could men with status, for that matter). In consistently recognizing such complexities, Sangster paints a picture that challenges more traditional, linear, and univocal narratives of political progress. She refuses to mistake the particularities of white women’s struggles for universal histories, in particular, and she goes beyond any single community to describe the heterogeneity of lived experiences and liberation movements.

Sangster also underscores that victories did not always translate into material and social progress. In countless ways, the lives of women remained circumscribed even as they were gradually and unevenly admitted as formally equal to men. In combatting persistent social, political, and legal inequities, generations of women mobilized all their creativity and organizing powers. In the late nineteenth century, for example, the aspiring writer Marie Joussaye drew on her working-class background — she once spent two months in a Yukon prison for “­economic offences”— to argue for respect for “working girls.” In verse, she compared their honest vocation to Christ’s humble labour:

O working girls! Remember,
It is neither crime nor shame
To work for honest wages,
Since Christ has done the same

A few decades later, the Toronto suffragist Flora MacDonald Denison insisted that women’s confinement to reproductive labour, and by extension the home, was not a natural phenomenon but rather a social one. Therefore, she argued, it was subject to politically motivated change. Denison organized retreats where discussions of progressive politics were mixed with recitals of Walt Whitman’s humanist poetry; she also wrote newsletters filled with longings for a world without the “spiritual alienation, material deprivation, and violence” that too many women experienced.

During the Second World War, a widow turned activist in Nova Scotia, Pearleen Oliver, worked tirelessly in both radio and print to argue for equal rights for Black women. She denounced the hypocrisy of Canada’s fight for “democracy” abroad when so many were denied equal rights at home, and she later participated in the successful struggle for Black women to be admitted to nursing school, after her own nursing ambitions were denied.

By the 1960s and ’70s, Indigenous women were launching lawsuits to reclaim status denied to them by patriarchal legislation, women’s liberationists were organizing sit‑ins on campuses, and lesbians were joining forces with gay men to create urban centres for mutual support (or initiating separatist movements). And there was growing recognition on the left that feminism needed to simultaneously challenge “sexism, racism and capitalism,” even if such solidarity was often unrealized in everyday activism.

Sangster shows how basic “common concerns” were indeed multi-faceted and replete with tensions. The right to bodily autonomy was diversely understood, for example. White able-bodied activists of the 1970s focused on birth control, while disabled, Indigenous, and other minority women fought forced sterilization. And varied experiences with a host of social inequities, including but not reducible to gender, informed different potential solutions to violence against women. Legal remedies for domestic abuse “could easily disappoint, exposing the class, race, and colonial biases in police practices and the criminal justice system.”

Throughout Demanding Equality, Sangster reminds readers, especially those who believe in a progressive arc of history, that feminists have long been subject to backlash, insults, and condescension, as well as threats and violence. Pacifists during the First World War faced intimidation and beatings; one of them, Laura Hughes, was offered a plot of land in Saskatchewan by a prominent uncle, Sir Sam Hughes, on the condition, Sangster notes wryly, that “she would just disappear into rural ignominy.” (She declined the offer.) In 1885, a member of Parliament opined that granting suffrage “would ‘unsex’ and masculinize women, turning them into unattractive ‘Amazons.’ ” His contemporaries expressed horror at the idea that propertied “spinsters” would be granted the vote, especially if that meant unmarried “squaws” and property-owning Chinese women would obtain it before the white “mothers of this country.”

In the early 1920s, Agnes Macphail, then the only female member of Parliament, routinely parried suggestions that she had run for office because men did not find her desirable for marriage, a supposedly self-evident higher good. Women who worked for a wage outside the home, especially those who were married, were said to be taking men’s jobs, a particularly charged claim in the context of the Great Depression. During the Cold War, Chatelaine published articles by men filled with “pervasive contempt.” Even decades after Macphail was elected to Parliament, a journalist claimed that women who entered politics were little more than “parrots,” with nothing original to say.

Supposedly progressive milieux were not immune to such sexisms either. The union activist Grace Hartman, who later served as president of the Canadian Union of Public Employees, was once told by male comrades that her organizing skills weren’t “bad for a woman.” By the 1970s, persistent homophobic and racial slurs joined the epithet “women’s libbers,” widely understood as a pejorative, to discredit and devalue feminists and their efforts.

Many of the same feminists deployed their wits and their eloquence alongside their activism. In 1908, readers of the Western Clarion took on those who intimated that would‑be socialist women were insufficiently educated when it came to politics: as Sangster paraphrases, “If women needed political education, perhaps men should look after the home, so that women could attend socialist meetings.” During the same period, the Grain Grower’s Guide lampooned the figure of “John Tightwad,” a farmer who, in the patriarchal tradition, kept his wife out of all financial decisions about the property.

“Many of the same feminists deployed their wits and their eloquence alongside their activism.”

On Parliament Hill, Macphail was the target of “ridicule, heckling, marginalization and stereotyping” daily; she published exasperated articles about the experience, including a 1949 piece in Maclean’s titled “Men Want to Hog Everything.” Decades later, Hartman responded to her sexist union comrades with the firm observation that “women are not going back to the kitchen” and reminded them, “So this is your fight too.” In 1968, Mary Two‑Axe Earley — a Mohawk woman who had been denied Indian status after she married a non-Indigenous man — pointedly observed that she could not be buried on the reserve, but dogs could. In 1980, migrant domestic workers started a national campaign to reject the suggestion that they were not good enough to become Canadian citizens. They adopted the slogan “Good enough to work, good enough to stay.”

Demanding Equality makes clear, too, the wide range of ways that women organized: benevolent societies and auxiliaries, self-improvement and literary societies, municipal health surveys, workshops and mock parliaments, journalism, utopian communities, Socialist and Communist party politics, legal and illegal strikes, protest marches, even “didactic suffrage fiction.” Some of these stories are better known than others; what is especially valuable in Sangster’s account is the vivid evocation of contemporaneous conversations. True to her commitment to a “polyphonic” narrative, she quotes recurrently, but at different moments, Indigenous women, socialist women, African Canadian feminists, migrant workers, rural women, lesbians in urban centres, business women, and union activists. Together, they tell an inclusive story, full of lively details, that is more than the sum of its parts.

What lessons do these many feminist movements have for the present? In Demonic Grounds, McKittrick asked the question this way: “What kinds of new and possible spaces are made available through our past geographic epochs?” In reminding us of the rich diversity of past struggles, Sangster invites us to take up feminism today as a project with no singular expression: “multiple feminisms” demand “multiple stories.” Yet she remains clear minded about what this means and eschews the veneer of easy collaboration, especially when solidarities are complicated by colonialism, racism, and class antagonisms.

Finally, Sangster is realistic about the precarity of women’s gains yet stubborn in her optimism that a more just world is possible, no matter how difficult it may seem. Since the 1980s, in particular, neo-liberal attacks on the welfare state have challenged women’s many if inevitably contradictory advances, not least because the public sector has been a source of relatively well-paid, unionized labour. As she laments the ongoing “daily grind and disappointments of accommodation, resignation, and the repetition of limited reforms,” Sangster urges today’s feminists to refuse compromise. Instead, she encourages us to draw inspiration from the most ambitious, even seemingly impossible political dreams of the past and dares us to commit to “imaginative risk taking, passion, and high, even ‘unrealistic’ expectations.” Indeed, only our continued labours — in their often cacophonous variety — can bring a more just feminist world into being.