Boots on the Ground: Disaster Response in Canada

Imagine hiding under the stairs as glass panes rattle in their frames, walls are pelted with hail, and debris swirls in the air. And then the tornado passes, leaving behind a trail of devastation, which will spur emergency management professionals to begin the complicated work of ensuring your community’s safety.

Response to an emergency — be it a storm, fire, or flood — is a huge draw on staffing, budgets, and other resources allocated according to population, region, and politics. And while emergency management, or EM, falls under provincial and municipal mandates, the asset most heavily relied upon in catastrophic situations is federally controlled: the Canadian Armed Forces. “CAF, an organization developed first and foremost to fight wars,” Johanu Botha writes in Boots on the Ground: Disaster Response in Canada, “is the one organization that links all three levels of government during disaster response.” With his book, the first major study of Canada’s EM model, Botha pays particular attention to the central role troops play in it.

The function of the military can certainly be a divisive and misunderstood topic. As a veteran, I’ve weathered many a dinner party when someone claims the CAF “doesn’t really do anything”— a comment often made without an awareness of current operations and mandates. Botha, on the other hand, offers an extensively researched outline of an EM approach that relies heavily on those who serve.

Canada doesn’t have a national EM body like the Federal Emergency Management Agency in the United States, so local politics and provincial budgets account for much of a municipality’s ability to respond to hazards. That’s not necessarily a problem, though. Botha, an assistant deputy minister of emergency response for Manitoba, argues that large administrative bureaucracies like FEMA can, in fact, keep support from arriving where and when it’s needed. 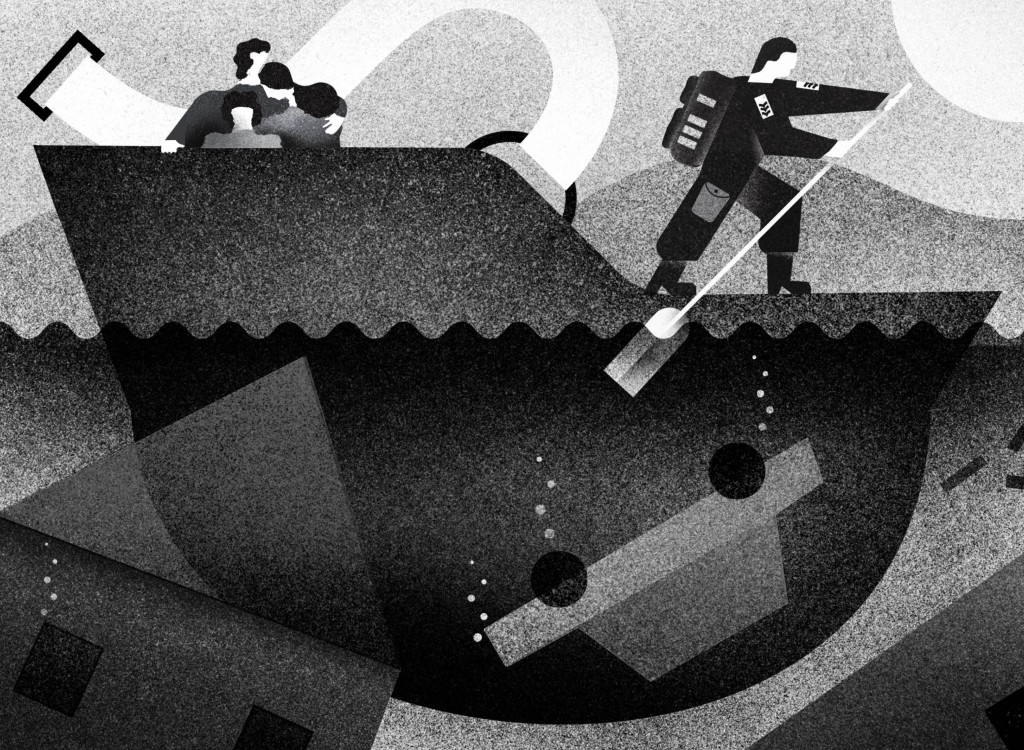 Four case studies help demonstrate how the CAF is often a vital component of disaster response: Hurricane Igor on the East Coast, in 2010; the Assiniboine River floods in Manitoba, in 2011; flooding throughout Alberta in 2013; and the Saskatchewan wildfires of 2015. Botha describes these events with stories of interorganizational coordination and collaboration: “The introduction of CAF resources on the ground allowed municipal leaders to allocate less time to organizing their limited front-line response capacity and more time to coordinating with provincial authorities on their municipality’s overall response strategy.” While there are occasional bumps — limited technical knowledge in fighting the Saskatchewan fires, for instance — military emergency support is generally successful, with little acrimony between CAF personnel and their civilian counterparts.

The benefits of military emergency response support are numerous — the first and most obvious one being financial. Because the CAF is funded federally, it is less affected by political “empire-building,” which is often “inherent to the public policy process” at the provincial level. Nor are troops restricted by labour laws, like civilian employees; as part of the Defence Administrative Orders and Directives’ “universality of service” policy, members can be ordered to work without breaks or overtime pay and in adverse conditions. Above all, though, the military is capable, fit, and self-sufficient. “The greatest CAF contribution to all the disaster responses was human resources,” Botha writes. “CAF had a number of ‘sexy capabilities,’ but ultimately it was the ‘hundreds of troops with boots on the ground’ that provided the greatest relief to affected communities.”

Last year, some $565 million was spent on fire management and suppression in British Columbia — to say nothing of all the money that went toward evacuation and rebuilding efforts. The potential for such costly natural disasters only increases as the global climate crisis grows more acute. Considering there’s all this dirty work to be done, what’s better than a large pool of tough, skilled persons unconstrained by labour laws and already on someone else’s payroll?

Regardless of who is involved, disaster response in Canada faces a number of challenges. The country’s vast terrain encompasses a wide range of political and environmental climates, and each province must react to crisis with little if any financial support from Ottawa, outside of military assets when necessary. “Canada is one of the world’s most decentralized federal states,” Botha points out. “The implication here for EM is that quasi-state jurisdictions with significant taxation power, exclusive control over many policy areas, and a constitutional monopoly over every municipality within its borders face both a demand from their citizens for EM services as well as an incentive to pursue EM activities to benefit the power of the province.”

“What would happen if an emergency occurred across provincial lines?”

It’s easy to imagine how provinces or municipalities that are not flush with cash and political clout might have limited EM capabilities. But what would happen if an emergency occurred across provincial lines? If the Ottawa River were to flood — spilling into both Ontario and Quebec, with different political realities and funding models — who deploys what? Which premier takes charge? Such murky areas have the potential to complicate lines of communication and stall an affected region’s response. Again, the military can play an important role.

But there are risks to relying on the CAF, which has other international and domestic mandates. Support might not come through if resources aren’t available. Botha details occasions when the Royal Canadian Air Force hasn’t been able to contribute as many aircraft as requested, for example, because they simply could not be spared. As demands on NATO forces increase abroad, the CAF may well be spread even more thinly at home (especially if Canada continues to fall short of its defence spending commitment of 2 percent of GDP). Additional factors must be considered when deploying troops in affected First Nations communities, where many mistrust the military because of its role in removing Indigenous people from their ancestral homes. It’s hard to support a community that has been traumatized by the very presence of people in uniform.

Near the end of Boots on the Ground, Botha goes beyond simple suggestions for increased EM funding and makes policy recommendations on how to bolster our capabilities. He suggests that Canada “foster and expand emergency management networks,” in part by encouraging civilians from provincial and local EM organizations to participate in CAF exercises and in the after-action reviews from such exercises or from actual events. External input would provide “the opportunity for different organizations to discuss their different perceptions” and thus open up communication channels. At the same time, Botha recommends that we “maintain decentralized emergency management.” While “vulnerabilities” do exist in the current disaster response system, they “would not be ameliorated through importing the ‘top-heavy’ US model.”

Boots on the Ground effectively portrays the complexities of the CAF — which often projects a “you have to know us to understand us” mentality. Botha has clearly done his homework when it comes to policies, mandates, and bureaucratic realities, and his many interviews help him get to the heart of disaster response. So I can forgive some mildly eye-rolling statements, such as this claim: “Most soldiers who deploy during natural disasters hail from the combat arms, which means that the most visible uniformed individuals lifting sandbags, fighting fires, cleaning debris, checking in on evacuees, measuring water levels, handing out water bottles, and so on, are trained in a range of weapon systems, as well as hand-to-hand combat.” In fact, many responding troops aren’t combat arms soldiers, and hand-to-hand combat training is truly uncommon, often reserved for special forces, and even then for only a select few. There’s also Botha’s propensity for calling the CAF just . . . CAF. These are small details, sure, but they’ll stick out to serving members and veterans who might be drawn to his book.

Though the topic has a broader appeal, this is, to be sure, an academic text — not a thrilling page-turner. But Botha’s unbiased insight into an organization as polarizing as the Canadian Armed Forces makes a good case for its place at the emergency and disaster management table. “When jurisdictions and citizens have exhausted their resources,” he writes, “soldiers integrate into civilian society to form a unified disaster response team. Such integration is not only to be commended, but warrants expanded and continued analysis.” This is a point that I’ll definitely bring up at my next dinner party.

Kelly S. Thompson is the author of Girls Need Not Apply: Field Notes from the Forces, a recent Globe and Mail bestseller.