It’s 10:45 on a soggy Friday morning in Toronto. At the Children’s Book Bank, in the city’s Cabbagetown neighbourhood, all is quiet. There is just a young mother cradling her one-year-old son, introducing him to the books.

Scores of them, with their brilliant covers all facing out, blanket the walls of three gracious rooms in a repurposed Victorian townhouse. On the mantelpiece in the middle one, a rotating cluster of titles marks the season. In the front room, designed for the youngest of readers, there’s a big armchair and shelves labelled “Books with Characters from T.V. and Movies,” “Fairy and Folk Tales, Poetry and More,” “Picture Books with Favourite Characters,” and, somewhat mysteriously, “Levelled Readers—Phonics and Dr. Seuss.”

The books themselves are waiting for something to happen. 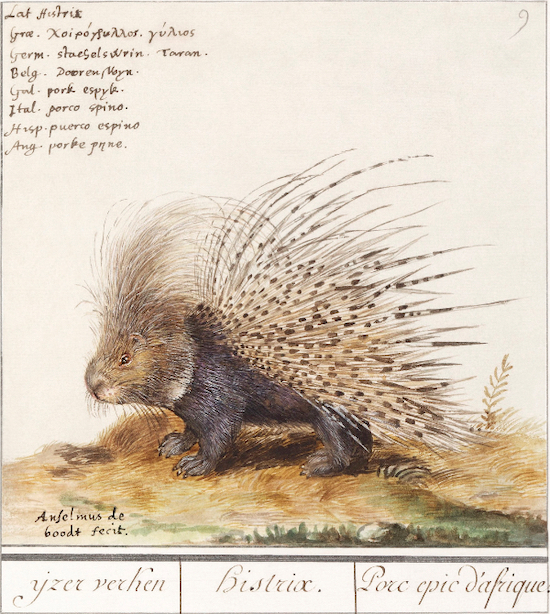 Among kindergarteners, the book “How Do You Hug a Porcupine?” can prove surprisingly controversial.

The Children’s Book Bank is not a library. The non-profit got started in 2008, with a mission to connect low-income kids from across the city with books they can keep. Three staff members, and a team of fifty volunteers, gave away 127,000 of them last year, many “gently used” donations. Individuals, like the lone mother and her son, can visit six days a week, and day camps often come during the summer. Then there are the school groups, some 600 of them annually.

At 11:00 on the dot, the door bursts open. Twenty-four local kindergarteners—mostly first- and second-generation Canadians—fill the front room, dumping their jackets in a cascading mountain on a velvet window seat. They’ve been here before and know the drill.

Their teacher, Ms. Mohan, directs everyone to sit on the floor, around the big armchair, which they do with medium-intensity pushing and shoving. Loribeth, the bank’s energetic young manager of storefront programming, sits down with They All Saw a Cat and How Do You Hug a Porcupine? She begins reading. The first story goes over well, but the second proves somewhat controversial: every time Loribeth says the word “porcupine,” a five-year-old activist shouts, “Hedgehog!” Half the audience seems to agree with the taxonomic correction.

All in all, it’s quite a lot of work for a book, but the kids seem to think it worthwhile.

Having not fully resolved the debate, Ms. Mohan reminds everyone of the rules: First, you come and get your coat when I call your name. Then you look all over the shelves and choose one book. Take it to the front desk for a sticker, where we’ll write your name. Then you can take the book home—forever. All in all, it’s quite a lot of work, but the kids seem to think it worthwhile.

The names ring out: Colin! Miranda! Juan Pablo! Athena! Sebastian! Ivan! Leila! Chaos ensues as they hit the shelves. The young mother with the baby, who has not weighed in on the porcupine controversy, holds her own in the melee. Amazingly, no one fights over the popular titles; everyone seems content with what they get. As the children settle on the floor again, comparing their treasures, they look and sound like a flock of Canada geese about to land on the Toronto Islands. One holds up Ruby and Molly, another Axel the Truck. Some say they have lots of books at home. Others admit they have just a few.

In a world of ubiquitous digital screens, more and more research underscores the value of physical books for children. Deep reading is crucial for context and critical thinking, while the tactile experience of turning pages (not simply swiping up) helps develop crucial neural pathways in young brains.

But the kids aren’t thinking about neural pathways as they file out, forty-five minutes after they first arrive. Heading back to school—with Mommy and Me, Helpful Harvey, and other titles among them—they pass a framed “We ♥ the Book Bank!” poster, signed by countless patrons who have just wanted to get home and read.

Bronwyn Drainie was the long-time editor of the LRC. She sided with Camp Hedgehog.

Originally published in the June 29, 2019, instalment of