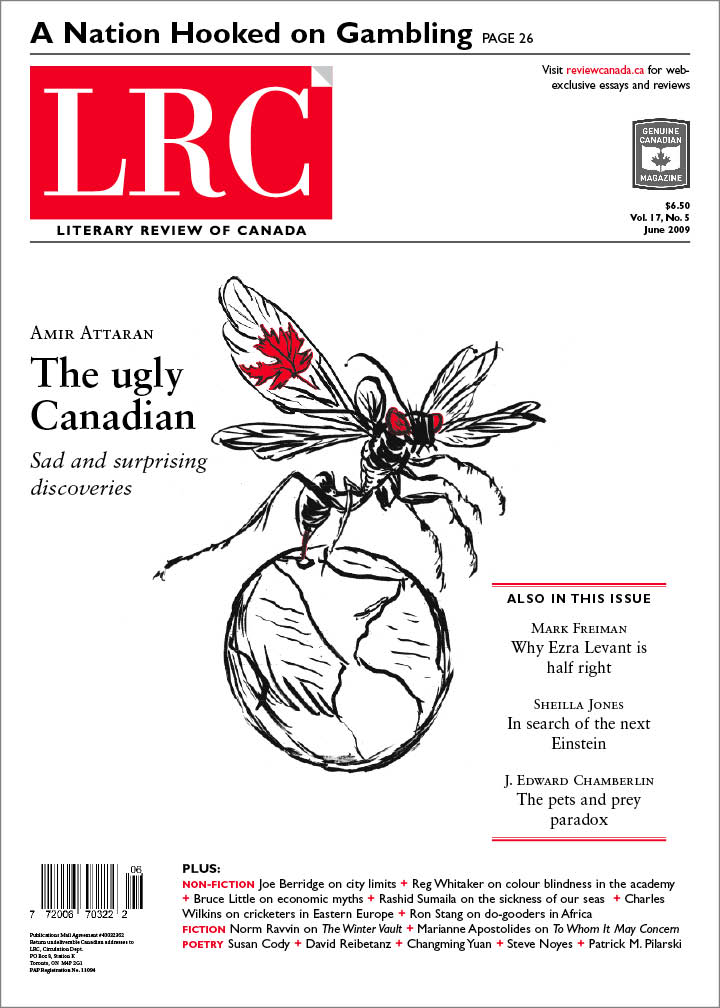 In his review, Edward Chamberlin has offered observations on human-animal relationships, evidently sparked by his reading of my book The Dog by the Cradle, the Serpent Beneath. But Chamberlin has not actually reviewed my book—by which I mean describing its contents and proffering critical reactions to my examination of the paradoxes implicit in our dealings with animals. I think LRC readers would be interested in knowing something about the specific paradoxes I encountered in conversations with academics and other experts engaged with animals, and some of the acute contradictions faced by humanity throughout history—particularly by those who care most about non-human beings.

Temple Grandin, the renowned advocate of “humane slaughter” (itself a paradox) spoke movingly to me of her deep affection for livestock animals, but also was adamant in her insistence that humans require animal protein in order to prosper. On the vegan end of the spectrum, a British animal rights activist named Ronnie Lee evinced guilt about sneaking meat to a pet dog unable to thrive on a vegetable diet, yet expressed no qualms about acts of violence committed against directors of laboratories that experiment on animals.

Even more central than the interviews was my journey to the paradoxical heart of an old, old story about a dog left alone to guard the cradle of his master’s baby. In the story, a large snake appears and slithers toward the cradle. The dog attacks and, after a prolonged struggle, kills it. But when the master returns, he immediately misreads the bloody evidence of the struggle as an assault by the dog on his child. Without further investigation, he draws his sword and slays his formerly trusted companion—before discovering his child unharmed beneath the overturned cradle. When I began my research, this ancient and ubiquitous tale struck me as an ideal entry point into several contradictions in our long, ambivalent relationships with non-humankind. But when, in the course of my investigations, I learned that, in 13th-century France, a dog had been slain by his master under those circumstances, the significance of the story increased exponentially. That there really had been such a dog was astonishing enough. Even more amazing was historical evidence of a cult of worship of the wronged animal’s remains, including pleas for intercession by this dog (called “St. Guinefort” by the peasantry) on behalf of ailing children, in rituals that have persisted for more than 700 years.

A faithful dog turned mistrusted monster, turned martyr, turned saint, turned holy healer of children may be, on one hand, an anomaly in the annals of human-animal history. On the other hand, that singular story illuminates many paradoxes in human attitudes toward animals right to the present moment.

Ironically, the very spot in rural France in which the martyred greyhound Guinefort is memorialized points up the frequent absence of animals from human consideration. When I reached that place, I noted a roadside plaque proclaiming it as “The Woods of St. Guinefort,” where seven centuries’ worth of cultish worship had gone on. Nowhere did the plaque indicate that St. Guinefort was a dog. Reading what was and what wasn’t written there, I perceived perhaps the most striking contradiction of all: For all their ubiquity in human history, animals are often beneath our radar—perhaps because of our longstanding uneasiness about their multiple roles in our lives. Getting the opportunity to write a book about that may not entirely resolve that ultimate paradox. But I hope it goes some way toward redressing an astounding imbalance.

Re: “The Ever-Expanding City,” by Joe Berridge

Joe Berridge’s review of my book, The Limits of Boundaries: Why City-Regions Cannot Be Self-Governing, is thoughtful and generous. Not surprisingly, he believes that I have overstated some of the problems in drawing boundaries. He suggests that the Golden task force in the 1990s recommended boundaries for Greater Toronto that were “good enough.” In fact, the Golden report made no final recommendations about boundaries, stating instead that the matter should be referred to the proposed Greater Toronto Implementation Commission. The report’s four- page, tortuous discussion of external boundaries is a perfect illustration of the general boundary problems that are the focus of my book.

Berridge claims that one of the reasons sprawl continued around Toronto in the 1990s and 2000s was “the absence of strong city-regional government” of the kind Golden recommended. But Golden explicitly recommended against the inclusion of southern Simcoe county and Orangeville in Greater Toronto, even though these areas “are in Greater Toronto’s urban shadow and can expect increased urbanization.” How could a “strong city-regional government” prevent sprawl in such places if they were not included within its boundaries? Berridge’s suggestion that a new government for Greater Toronto could simply annex newly urbanizing areas is not serious. Such hypothetical annexation battles would make the Toronto megacity battles look inconsequential.

Unlike Alan Broadbent, Joe Berridge does not support creating a new province for the Toronto city-region (such proposals are to be put “in the attic”). Berridge wants a new level of elected city-region government (covering at least five mil- lion people, depending on the boundaries) to be inserted between Mayor David Miller’s Toronto (2.5 million) and Premier Dalton McGuinty’s Ontario (12 million). Such a new government would mediate between “the gritty sand of local- ism and the heavy hand of top-down authority.” To further mix the metaphor, it looks to me like multi- tier political gridlock.

Berridge favours “regional government” of the kind found in London, Vancouver, Hamburg, Madrid and New York City. In my book, I discuss the serious problems with most of these examples. I explain why the Madrid model cannot be dupli- cated in other city-regions.

Metro Vancouver’s system is indeed exemplary. But it was rejected by the Golden task force as “both inappropriate for our governance needs and inconsistent with our political culture.” Since then the megacity was created, foreclosing this and other options for institutionalized inter-municipal cooperation.

My book does not suggest that the “cities movement” is over. It is aimed at convincing its supporters to recognize that our provinces are already becoming the strategic decision makers for our city-regions. There is much else for the cities movement to focus on. Searching for city-region self-governance is a pointless diversion.

Re: “Routing Tokenism,” by Reg Whitaker

It is of course true, as both Drs. Anthony Stewart and Reg Whitaker have noted, that the Canadian professoriate does not “look like” Canadian society or even the student body: it is more white and male than either. However, this is to compare apples and oranges. The professoriate is a stock: an accretion of 35 years of hiring practices. The student body is a flow—constantly changing and, at the moment, steadily becoming less white and more female. When it comes to looking at whether there is discrimination in hiring, one needs to look at whether or not the composition of new hires more or less matches the composition of graduating PhDs.

Take the example of female professors: although women only make up 30 percent of all professors in Canada, they account for 40 percent of all assistant professors (i.e., of recent hires), which is roughly their share of PhD graduates in 2000. Since then, females’ share of doctorates awarded has increased to 46 percent, a shift that will undoubtedly make itself felt in hiring over the next few years. As older (mostly male) professors retire, the professoriate will gradually become more and more female, and the country will likely reach full gender equality some time in the 2020s. Though there are no statistics on doctoral students by ethnicity, there are some reasonably good ones for undergraduate students that show that most visible minority groups are strongly over- represented in Canadian higher education. One might therefore reasonably expect that the faculty will get less white as the population of graduate students does.

But as Dr. Whitaker points out, the term “visible minority” covers a lot of ground. The question Dr. Stewart would likely raise is this: does this include blacks as well? And here the answer appears to be no. Youth with parents from Asia (particularly China) are much more likely than native-born white Canadians to be attending university, but youth with parents from Latin America or the Caribbean (which make up a large percentage of the country’s black population) are somewhat less likely to be attending.

The fact is that there simply aren’t that many black graduate students in the pipeline who would benefit from any proposed change to hiring procedures. So, without in any way disparaging Dr. Stewart’s critique of merit (which seems to me to be mostly correct), one can certainly question whether his remedy is actually likely to change much.

Reg Whitaker’s review contains a self-congratulatory notice that he himself (“a tenured white male professor”) retired from academia early so as “to open up the faculty to a greater diversity.” His article features a number of spitballs lobbed at old professors (whether male or female) who (because of “Charter of Rights and Freedoms decisions”) no longer have to retire, and who will stay on “indefinitely.” According to Whitaker (and presumably Anthony Stewart), aged faculty members are a major impediment to “diversity” on Canadian campuses.

Somehow, age diversity—i.e., a faculty truly representative of the age structure of the larger society and therefore alive to its newly developing concerns—is not of any value for Whitaker. He comments on the “bizarre” dominance of white scholars in post-colonial studies, but one could also note that the study of age and aging is practically a monopoly of younger scholars who may not know a grey hair from a grey goose.

Certainly, abolition of forced retirement in provinces across Canada will permit old women and men to continue their academic work. But the jobs they may take away from young academic hopefuls are a drop in the bucket compared to tightfisted proportional shrinkage of tenure stream positions by government and university administrators over the last 20 years. And when a veteran faculty member departs, there is no guarantee that administrators will replace his or her tenure track position.

Professors who work past age 65 are not likely to do so indefinitely. The American experience suggests most will leave academia well before age 70, and a very small number will stay past age 75 (and these will be the most active and resourceful teachers and researchers).

Even academics drawn from minority groups will grow old; and members of these groups are more likely to start their careers late, with few productive years before reaching the former deadline of 65. Removal of forced exit was a universal victory that everyone ought to applaud.