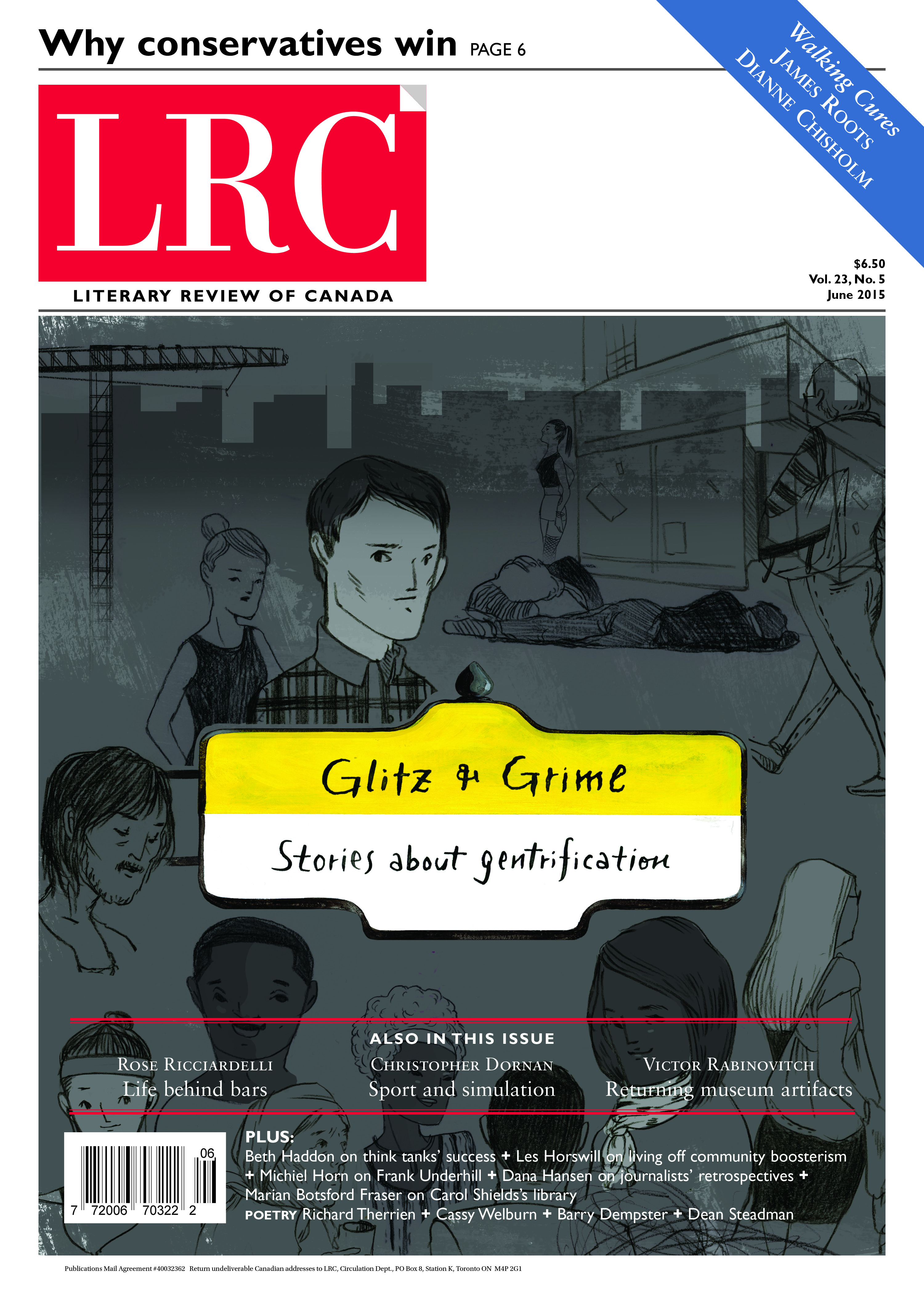 Re: “Locked Up,” by Rose Ricciardelli

I am grateful for the attention that Ricciardelli paid to the photographs in my book Inside Kingston Penitentiary 1835-2013, and for her thoughtful reading of them. But I am not sure that she read the short essay I wrote about my experiences because she would have found that I dealt with the special stigma attached to being in Kingston Penitentiary—a stigma that she says was overlooked. As I said in that essay, corrections officers frequently referred to Kingston Penitentiary inmates as “the lowest of the low,” and transferees to other prisons were routinely beaten up. When these inmates were sent to neighbouring Millhaven, they did indeed, as she suggested, have a target on their backs, which is why they were segregated in their own ranges. What I didn’t write about are the small cruelties they could face—as in the refusal of Millhaven inmates to sit on a chair in a classroom that had been used by a someone from Kingston Penitentiary. I wish I had been able in my book to answer the ‘glaring’ question she poses: “Given prisoners have no choice but to be shaped by their incarceration, what can be done to make prison a more civilized and rehabilitative place?” This is perhaps something that is beyond the scope of photography, which is best at showing how things look. The most I could hope for was to cast some light onto these dark places.

James was clearly successful in revealing some of the realities of prisons. As I said in my review, he “cast some light onto these dark places.” As for my discussion of the stigma associated with Kingston Penitentiary, I was speaking to his photographs, not his short essay (which I read). I had hoped this was clear in stating “James’s images…” or “As night falls in James’s pictorial account…”  Whether or not it is possible to capture abstract concepts such as stigma in images is something I would trust those with expertise, like James, to determine. In his letter he also cites the rhetorical question with which I concluded my review. Never would I suggest either he or the other author whose book I reviewed, Gary Garrison, provide an answer to how prison can be reformed!

Re: “Pulling Strings,” by Beth Haddon

What a difference a decade makes. When Adam Daifallah and I wrote Rescuing Canada’s Right back in 2005, about the strength—or more accurately, the lack of strength—of the Canadian right, a book like Donald Gutstein’s would have been unthinkable. Federal conservative parties had been shut out of government for a dozen years, and the conservative movement consisted of a handful of think tanks, notably the Fraser Institute, the Montreal Economic Institute, and the Atlantic Institute for Market Studies. Things were different down south, where we looked for inspiration, and where a better-funded marketplace of ideas included right-of-center think tanks like the Heritage Foundation, the Reason Foundation, and the American Enterprise Institute. We advocated for the building of a small-c conservative movement that incorporated media, academia, the law, and think tanks—and thanks to the work of people like Preston Manning and his Manning Foundation, as well as the founders of Civitas, and a myriad of new think tanks, a thousand conservative flowers did begin to bloom.

But Haddon is wrong to echo Gutstein’s statement that “I believe it was thanks to the persistent efforts of think tanks like the Fraser Institute that radical Reform ideas became ‘common sense.”’ That is far too narrow a description, and belies trends which had been rising in different parts of the country among different groups. Many of these ideas weren’t radical. Balanced budgets is one example. Nor were they solely the province of Reform. Senate reform comes to mind. Others, such as marijuana legalization, weren’t Reform at all. The rise of free market ideas represented a natural pendulum swing away from the free-spending, big debt days of the 1970s and 1980s—disillusionment with big government when people realized that all too often it wasn’t the solution to social problems, but a problem itself.

What think tanks like the Fraser did do was level the playing field of ideas in Canada, which had heretofore been dominated by left-leaning organizations, many of which had been funded by the Canadian government. Conservative think tanks were successful in challenging established norms and raising the level of debate. They are staffed not by “second hand dealers in ideas,” as Gutstein dismissively calls them, but by qualified and committed scholars, writers and spokespersons who presented ideas in the media in a way that laypeople can understand. This competition of ideas has benefitted everyone, right and left. Today, the left is even emulating the right’s model; the Broadbent Institute holds its left-leaning Progress Summit less than a month after the Manning Centre hosts its annual conference for small-c conservatives.

And yes, the Conservative government has drawn on many of these ideas for its policies—which is nothing sinister, but instead proof that the political sphere can and should be enriched by work from the non-partisan sphere. Political parties are not idea factories: they are election machines. Think tanks provide a place for thought, reflection, research and trial balloons. Politicians are free to dismiss or embrace their proposals, but the world is a richer place for their presence.