“Guardian angel” are the words that come to mind when I think about my friend and mentor Tony Westell, although he would be the first to scoff at the religious nuance of the phrase. (Tony was a serious atheist.)

I did not know Tony in the early stages of his rich and eventful life: a stint as a cub reporter in England, during which he worked his way up to the London Evening Standard; next, a permanent leap across the pond with his wife, Jeannie, to the Globe and Mail, eventually heading up its Ottawa bureau; a lateral move to the Toronto Star as national columnist; and then a change of hat when he joined Carleton University’s faculties of journalism and Canadian studies, and began passing along his skills and passions to the next generation.

It was at Carleton in the 1990s that Tony first assumed his role of guardian angel for a small and struggling publication called the Literary Review of Canada, conceived and nurtured for its first five years by a determined and optimistic intellectual named Patrice Dutil. Tony was involved almost from the beginning, helping Patrice raise his ungainly literary child and then, when Patrice felt the need to pass the torch, negotiating a transfer to Carleton University Press in an attempt to keep the frail creature alive. 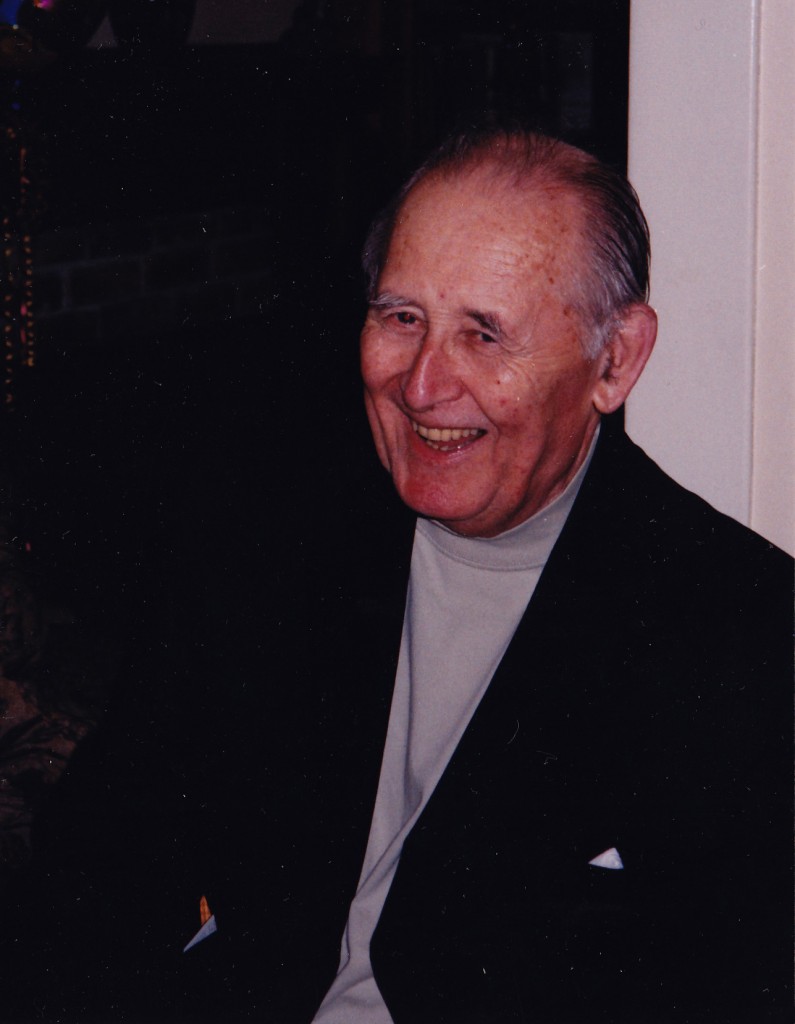 But that press found itself in trouble by 1998, so Tony stepped in again, locating an eager group of belle-lettrists who were willing to give the LRC the kiss of life. Madeline Koch, the magazine’s steadfast copy editor to this day, remembers their initial blue-sky get-together with Tony: “Denis Deneau and David Berlin had assembled a bunch of us who would put together the magazine, and there were all kinds of wild ideas thrown around about printing full-colour glossy artwork and fancy writers and grand distribution fantasies, and Tony sat quietly, rolling his eyes, and then finally putting us in our place. He was the only one there with Real Magazine Experience.” Madeline recruited Helen Walsh to the publishing team, and they recruited Mark Lovewell, Lewis DeSoto and James Harbeck, and somehow this plucky band kept the LRC going.

Helen, now the magazine’s sole publisher, recalls: “Throughout it all, Tony was a tireless and committed advocate for the LRC. He served as an advisor to me and the magazine and he contributed many, many articles. Without him, we would not have survived the last 25 years.”

More than once, the lean and fiercely independent LRC faced money problems, and Tony stepped in; in 2002 he acted as unpaid editor for a year while others on the team worked on raising the cash to hire someone who could devote himself or herself to the magazine on a full-time basis. That turned out to be me, for the next twelve years, followed by my gifted successor, Sarmishta Subramanian.

When Tony and I first met in 2003, at his Toronto apartment, I was daunted by his name and reputation and more than a little terrified by his braininess and brusqueness. He could see I was a greenhorn at this editing business, and he hounded me mercilessly for the first three or four years. My display copy—headlines and such—lacked “zing.” Could I not make the effort to find some better artwork? I was crafting the pieces too short so we would end up in competition with the Globe and Mail (“where I would not want to be,” he said) instead of the New York Review of Books. It seems, though, as I read back through our email correspondence of those early years, that I could handle the barrage of criticism and even thrive on it. “Keep the feedback coming,” I wrote. “It always feels like a nice bracing cold shower.”

Of course, along with the wasp-tongued critiques came a treasure box of advice, encouragement and warnings: “Mixing scholarship and journalism on current affairs subjects, that was the formula I had in mind for the LRC but could never pull off.” “When writers send in letters attacking the ‘incompetence’ of the reviewer, they are also attacking the editor who published the review—so watch out!” Finally, in the highest praise he ever gave me, “even people who don’t read the LRC now talk about it!”

I learned from the veteran journalist Geoffrey Stevens after Tony’s death that I was not the only beneficiary of this generosity. While Tony was a political reporter in Ottawa—the best of his era, Stevens notes—he became a mentor to many: “He and Jeannie kept what amounted to an open house for young journalists in their home on Powell Avenue in the Glebe. There was always a hot meal, a cold beer and helpful advice for any of us whenever we dropped in.”

And prickly editorial help was only half of Tony’s contribution to the LRC. He wrote scores of reviews and commentaries for the magazine over the years, and because of his newsman’s love of short deadlines, we could always depend on him to fill a couple of suddenly blank pages with bracing prose. Somewhat rarely for a transplanted Brit, he had dived deeply into Canadian history when he first arrived here and soon found, to his surprise, that he knew a great deal more about the country’s pre-Confederation roots and subsequent political development than most Canadian journalists did.

Here Mark Lovewell, a former co-publisher of and loyal contributor to the LRC, picks up the story: “Tony became what one might best call a North American continentalist. He believed that sooner or later the United States and Canada would be inexorably drawn toward each other, possibly in a formal political union. And this was a prospect that he saw as being potentially beneficial for Canadians. This view did not make him popular with commentators, especially those of a nationalistic ilk. But then Tony was not the sort of person to give popularity a moment’s notice. For him, logic carried all in its wake. It was one of his most endearing qualities.” In Tony’s own cautionary words, though, in an email to me in 2008, he wrote: “Our bastard system—constitutional monarchy and prime ministerial government—is in no way republican and cannot become a republic, short of a revolution. In my view, our system is highly unsatisfactory, but it will take a change in the voting system to reform it.”

If there was one thing Tony hounded me about more than any other, it was to try to be “more provoking/engaging/intriguing.” And the best way to do that, he thought, was to run controversial reviews plus responses from outraged authors plus Solomonic replies from the reviewers, all in the same issue. “I love arguing!” he crowed to me one day, and he was convinced that the more intellectual dust-ups in the magazine the better.

Long after he no longer attended editorial meetings, we still kept in touch by email, and Tony’s sardonic tone never faltered. One of his later notes to me said this: “A few months back somebody said I was a legend in journalism. When I looked up legend in the dictionary, I learned it means a myth!”

Tony Westell was no myth. And for those of us who had the privilege of working with him at the LRC—and even for those who did not, who simply enjoyed the fruits of his keen and imaginative ­editorial vision for the magazine, whether they knew it or not—his brilliance and his generosity will live on.