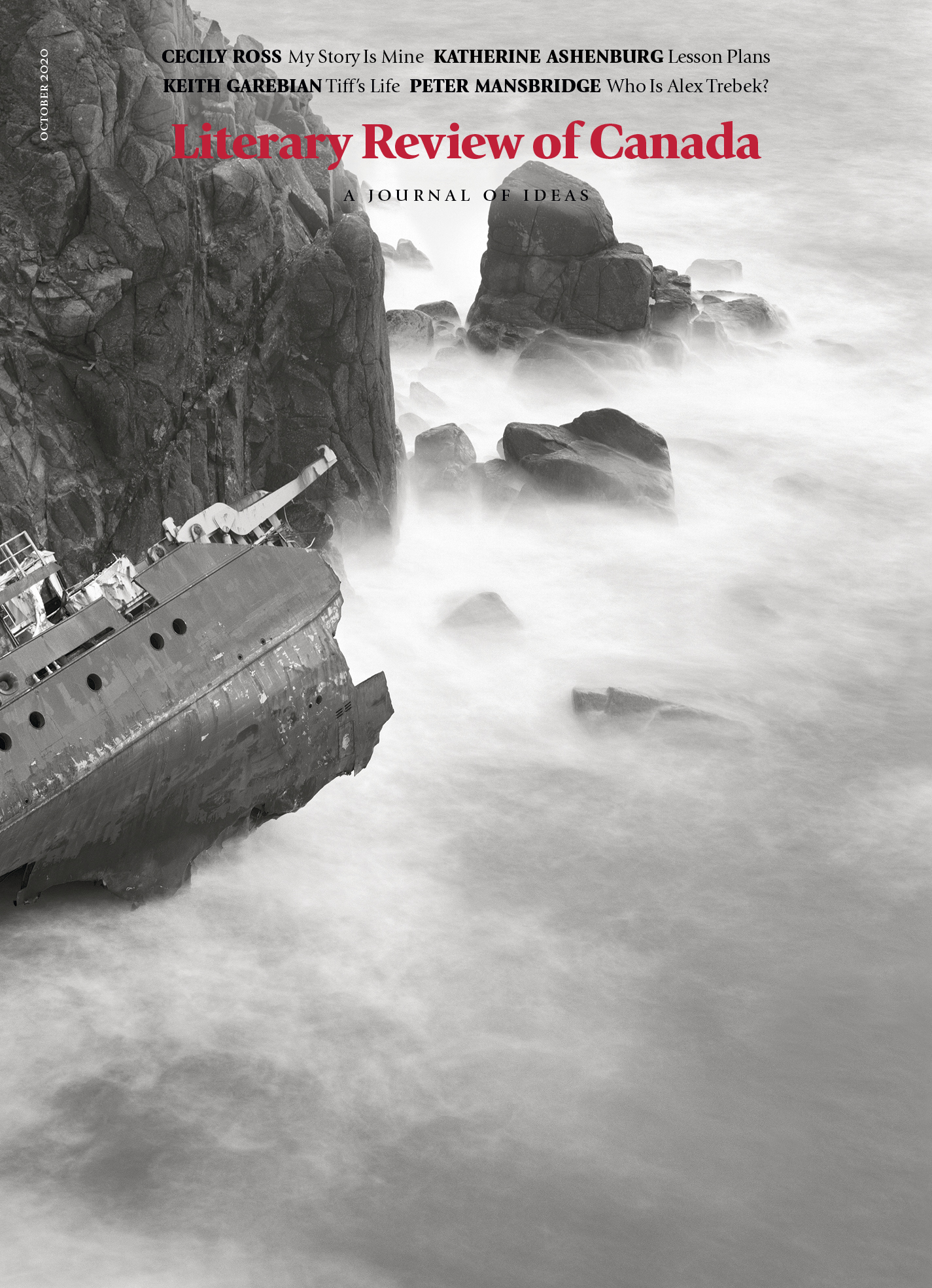 Re: “A Divided Nation,” by Kyle Wyatt

Please read this article from the latest issue of the Literary Review of Canada. So much of Canada is city-centric, often disregarding the unique problems of us folx living in rural and northern regions.

I really thank you for the editorial concerning the digital divide in Canada. The piece focuses on the North and Canada’s most remote areas, but it’s worth remembering that you can drive an hour outside many major centres in Canada and be faced with ten, five, or even two megabyte per second download speeds, no meaningful upload capacity, and even no cellular phone service.

Speaking from my experience as chief of staff to Bill Casey, former MP for Cumberland–Colchester, a rural riding in Nova Scotia, I see internet connectivity as the single biggest thing holding the rural economy back in this country. Long before working from home was the fashion, businesses could barely handle email in places like Glenholme, Earltown, Debert, or Economy — all within twenty minutes’ drive of broadband and all within spitting distance of the fibre-optic pipeline delivering service to major centres. Despite the creativity of the locals in coming up with business ideas and their dedication to creating jobs in their rural communities, the infrastructure is against them. Now in the midst of the pandemic, when so many services are delivered remotely and so much work takes place remotely, we are paying a heavy price for underinvestment.

The internet is as important to rural Canada as public transit is to Toronto or Montreal. The federal and provincial governments remain unwilling to coordinate their actions or come up with the funds to make meaningful progress on this front, to say nothing of the oligopoly of telecoms who control the infrastructure and charge Canadians some of the highest prices globally. While they are preoccupied with delivering 5G for the biggest cities, 3G wireless and 15 MBPS would be a major upgrade for huge swaths of the country and millions of Canadians.

The fact is, Canada is a rural country, and if we can’t provide the basic infrastructure that rural Canada needs to participate in the twenty-first-century economy, the whole ­country suffers.

Re: “The Prognosis,” by David Cayley

Please accept and pass on to David Cayley my admiration for “The Prognosis.” The point isn’t whether we should agree or disagree with some or all of the piece. It is to express satisfaction on finding a brave and reasonable and unfortunately rare commentary that offers a dissenting perspective on what has become, in many ways, a hysterical discourse.

This was the most important read to date. I cannot thank David Cayley enough for such a substantive piece. It should be required reading for every politician and infectious disease doctor. It should be on the front page of every newspaper. Every adult in Canada and in other democratic nations should read it.

I am in awe of the writing and thinking of David Cayley. This essay on COVID-19 captures everything we ought to be talking about.

Thanks to David Cayley and to the Literary Review of Canada for authoring and publishing what is the most cogent and reasoned interpretation of these pandemic times that I have yet encountered. At last a position that is logical and rational and helps to convey the importance of reconsidering the assumptions that can swell and flood if not checked.

“The Prognosis” should be required reading , for anyone who is not transfixed by the routine syndicate news cycles defining this subject that is itself defining our very lives.

Two thumbs way down for David Cayley, who wrote approximately 5,400 words on our collective response to COVID-19, and who mentioned the word “masks” only once. Let me repeat that: once!

These two years have revealed a dangerous complacency among many “experts.” Not debating data, policy, and ethics openly and honestly renders you useless to the public. This article is two years old but spot-on.

Re: “At What Price?,” by Alex Himelfarb

The response to Covid-19 is defined as either your health or the economy, with so little sense of how much more is at stake. In Italy, the prime minister begged citizens to accept restrictions on their liberty and the inevitable damage to commerce to save their grandparents, the generation that rebuilt the country after the Second World War. Where the pandemic has revealed so much that is ugly in human nature, the fact that this was a persuasive argument gives me comfort.

Re: “Lesson Plans,” by Katherine Ashenburg

Two thumbs way up for Katherine Ashenburg’s grandson, with his apathy toward free verse and his enthusiasm for rhyming poetry.

Re: “Migrations,” by Sarah Wylie Krotz

After reading Sarah Wylie Krotz’s essay in the Literary Review of Canada, “Migrations”: My eyes rise to the skies. My ears open. Get out. Walk for birds.

Re: “A Noble Departure,” by Scott Griffin

How refreshing to read this thoughtful essay on “the lost art of standing down.” The act of an honourable resignation is another example of doing what is right for the greater civic good — and another example of an unwritten decency we have lost.

As the Supreme Court of Canada justice Rosalie Silberman Abella recently wrote in the Globe and Mail, “Democracy does not just depend on the will of the people, but on their humanity.” So I will be sure my four teenage grandchildren read Griffin’s piece.

Joe Martin’s anger is palpable. Yet it is profoundly misplaced. A peculiar history lesson on Conservative (and Liberal) prime ministers, ending in a bizarre jab at the late Pierre Trudeau, Martin’s argument that we must stick by leaders who do not deliver the instant gratification of winning has multiple flaws, most of which can be addressed by the rise of far-right populism the world over.

Nations such as Brazil, Hungary, Russia, Belarus, Austria, Italy, India, Bolivia, and the United States have fallen to the far right’s vision of identity politics and “stick by your party and leader no matter what.” Martin’s language seems to agree with the yes-sayers and sycophants of those countries, including the Republican-controlled U.S. Senate, which is tirelessly working at increasing the equality gap and engaging in outright racism, xenophobia, and voter suppression ahead of the November election. Is this all acceptable to Martin? After all, those Republicans are supporting their party and winning. Using his vernacular, Kellyanne Conway’s Orwellian “alternative facts” is also dandy, because it bypasses the dreaded “Tory Syndrome.”

Such language is not only dangerous and anti-intellectual, but also troublesome when you actually begin to read the history of what is now known as the Conservative Party of Canada.