Chronicling the Days: Dispatches from a Pandemic

In spring 2020, as the world shut down, we all learned that William Shakespeare penned King Lear while hiding out from the plague. Some contemporary artists responded to the 500-year-old news with anger: oh, the pressure to be productive! Angry or not, people certainly wrote during the first wave of COVID‑19 — a lot. Literary journals were flooded with submissions, and projects to record those early weeks sprang up overnight. If anything, this pandemic has been meticulously over-documented. But do any of us want to read about it anymore? Has the time come to sit back and reflect, or would we rather leap forward into hedonism and amnesia?

Chronicling the Days came off the press as Quebec exited its third wave and stumbled toward a summer of relative release. The book is a print version of an online project, launched by the Quebec Writers’ Federation in April 2020, that invited English-language writers to record their lives under what was then a startling array of new restrictions. At the time, the effort was a rallying point for a fractured community.

The book contains more than 100 short pieces, mostly prose entries around two pages long, with some straightforward poems mixed in. While the collection lacks the star power of The Decameron Project, which the New York Times filled with the likes of Margaret Atwood and Esi Edugyan, it does contain a good mix of established writers and amateurs. Still, reading Chronicling the Days is a bizarre experience, like sitting down with a pandemic Rorschach test. 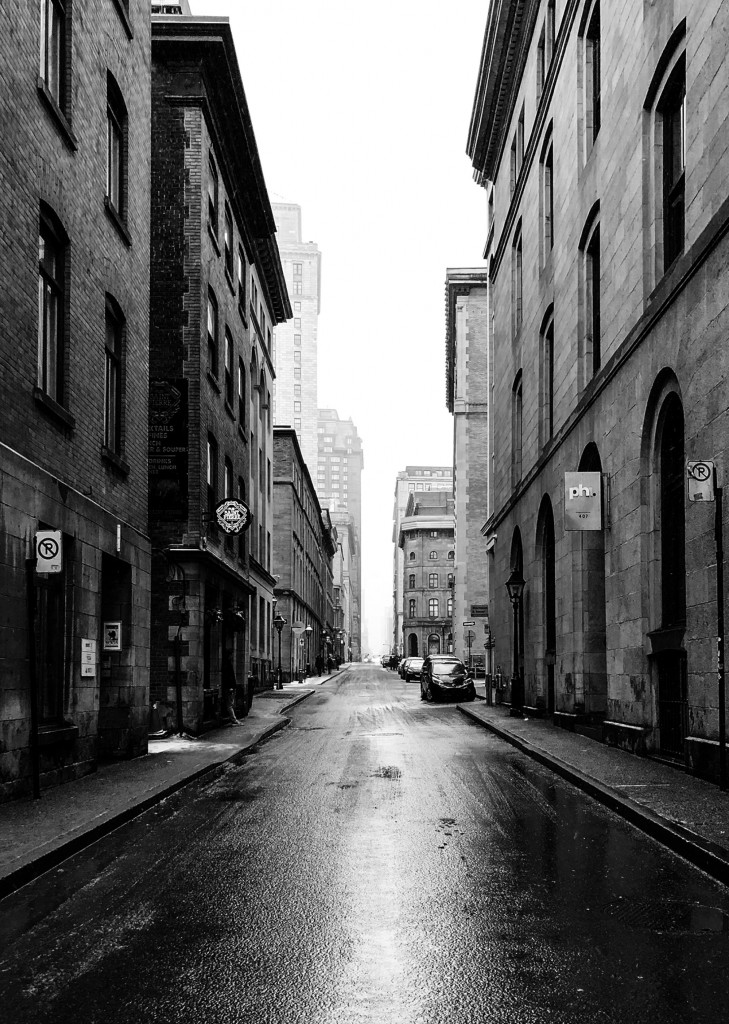 Memories of those early days.
Image by Phil Desforges; Unsplash

I devoured the first few pages with the enthusiasm that comes from feeling seen. Ariela Freedman observes that April 2020 was an apt time “to teach Michel Foucault and his take on quarantine and disciplined bodies, and the way states of exception become new norms.” (Exactly! And, while we’re at it, good riddance to those endless months of curfew.) Jim Upton provides all the relevant citations from Albert Camus’s The Plague, which I loved long before it became a COVID touchstone. April Ford’s manic take on snacking and faltering productivity captured the spirit of my typical morning of “working” from home. Indeed, as these and other writers speak of the anxiety and lost sleep of those first weeks of panic, the boredom and loneliness that followed don’t seem so bad. But around the twentieth entry, my mood soured. I worried that I might need to pan the collection and, in the process, antagonize half of the province’s anglophone writers. (I’ve been in Montreal for only three years, so I can’t afford to do that quite yet.) There were too many teachers and way too many cats. I contemplated taking a shot of rum every time an introvert admitted to liking isolation or someone expressed gratitude for nature. The repetition also highlighted that writers are rarely in the thick of things. For this reason, Surehka Surendran’s account of her shifts as an ER nurse stands out — the rare voice from the front lines.

While a randomized oral history might have been a better approach, two considerations kept me from dismissing the collection outright. One was the spectre of hypocrisy: I missed the deadline for this project, but I had drafted something for it that describes my new-found appreciation for springtime in Montreal (pour me another shot). I also have a piece in We Are One: Poems from the Pandemic, a somewhat similar anthology that Bayeux Arts published last fall. (At first I was proud to have my name appear alongside the likes of George Elliott Clarke and Sheri‑D Wilson, but then I read the editor’s prefatory declaration that the book “contains poems of great sophistication and it contains doggerel.”)

More importantly, I recognized that the eventlessness of most of Chronicling the Days reflects a key component of the pandemic experience. No wonder the First World War left a larger cultural legacy than an outbreak of influenza did in 1918. For most of us, such diseases have so little drama to them — no bad guys, just a virus. Our current heroes are an unlikely combination of orderlies, grocery store clerks, and faceless big-pharma scientists. The majority of us spent more than a year sitting at home or going to routine jobs made worse by masks. We waited for it to end and hoped not to get sick. Statistically, even when Montreal was Canada’s COVID epicentre, most of us didn’t and likely won’t.

When I adopted a more generous disposition, the anthology’s merits shone through. The editors manage some neat juxtapositions: Elizabeth Glenn-Copeland’s realization that she may need to sell her house and “will never again have a home” is followed by Josh Quirion’s lament that he forgot his running shoes in his office during the abrupt transition to telework. The disjuncture is effective, the pathos of one and the banality of the other a reminder of how unequal our experiences have been. Some entries are perhaps “doggerel,” yet others are witty, poetic, even striking. Deborah Ostrovsky’s story of being hospitalized with pneumonia comes to mind, as does Caroline Vu’s piece that connects anti-Asian violence over the “China virus” to her Connecticut childhood during the Vietnam War.

It’s Nisha Coleman’s reflection on the surge of online material in those early weeks, however, that spells out the raison d’être of this collection. In it, she describes “a clear and urgent desire to share. Not masterpieces, not carefully crafted content. Perfection wasn’t the point. The point, it seemed, was simply connecting.” As a record of that shared impulse, Chronicling the Days deserves its print run.

There is another, even stronger argument in the anthology’s favour, though: its readerly moment may not yet have come. As with any time capsule, the minutiae of the early days will likely grow more interesting with distance, when such a work will add texture to dispassionate headlines and statistics. I trust the internet for dissemination but not for preservation, so go ahead and make some books. And make them hyper-local, since the local is all we’ve experienced under the travel bans and regionally targeted health measures. Twenty years from now, if a young person asks me about my memories of this time, I suspect I’ll echo Brian Campbell and evoke “a cloud of low-grade depression . . . a suffocating ‘meh.’ ” Or I might opt for another monosyllable —“ugh”— and change the subject. Projects like this will remind us and convey to those future readers that, once, we all had so much more to say.